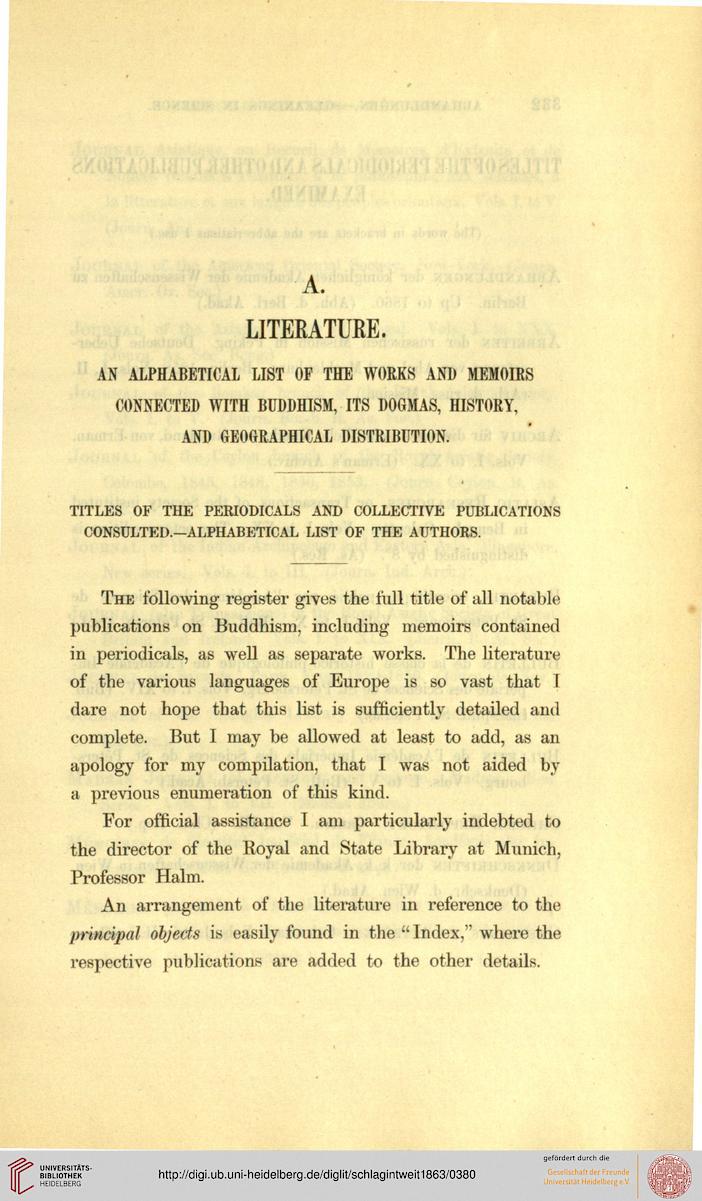 CONNECTED WITH BUDDHISM, ITS DOGMAS, HISTORY,

TITLES OF THE PERIODICALS AND COLLECTIVE PUBLICATIONS
CONSULTED.-ALPHABETICAL LIST OF THE AUTHORS.

The following register gives the full title of all notable
publications on Buddhism, including memoirs contained
in periodicals, as well as separate works. The literature
of the various languages of Europe is so vast that 1
dare not hope that this list is sufficiently detailed and
complete. But I may be allowed at least to add, as an
apology for my compilation, that I was not aided by
a previous enumeration of this kind.

For official assistance I am particularly indebted to
the director of the Royal and State Library at Munich,
Professor Halm.

An arrangement of the literature in reference to the
principal objects is easily found in the "Index," where the
respective publications are added to the other details.