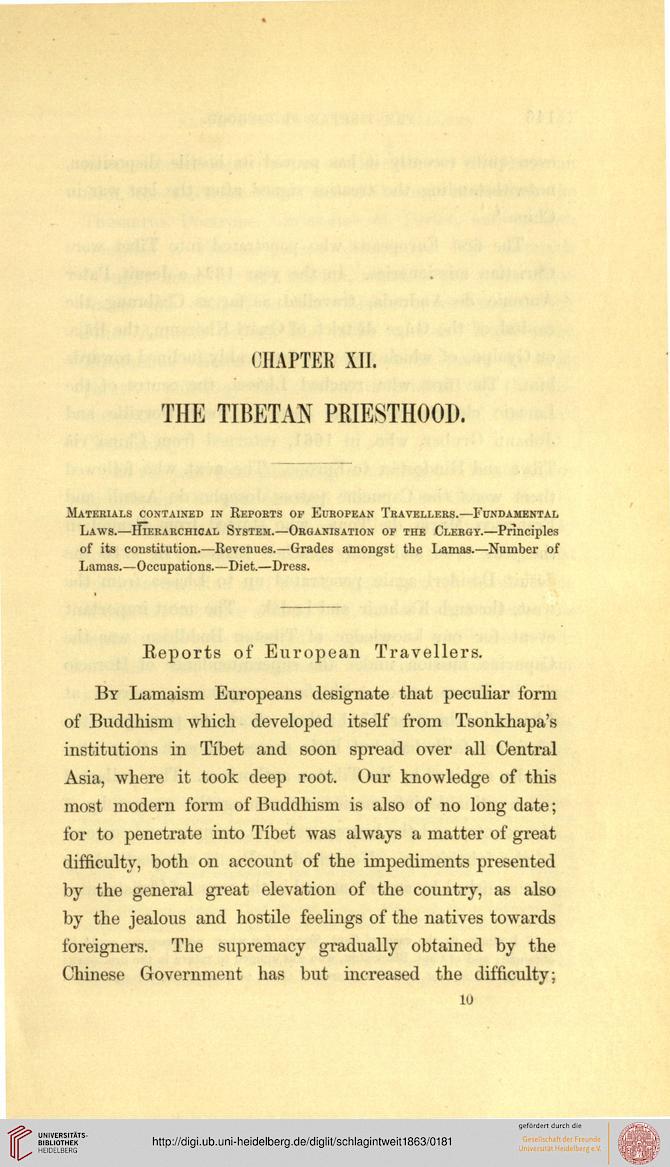 By Lamaism Europeans designate that peculiar form
of Buddhism which developed itself from Tsonkhapa's
institutions in Tibet and soon spread over all Central
Asia, where it took deep root. Our knowledge of this
most modern form of Buddhism is also of no long date;
for to penetrate into Tibet was always a matter of great
difficulty, both on account of the impediments presented
by the general great elevation of the country, as also
by the jealous and hostile feelings of the natives towards
foreigners. The supremacy gradually obtained by the
Chinese Government has but increased the difficulty: