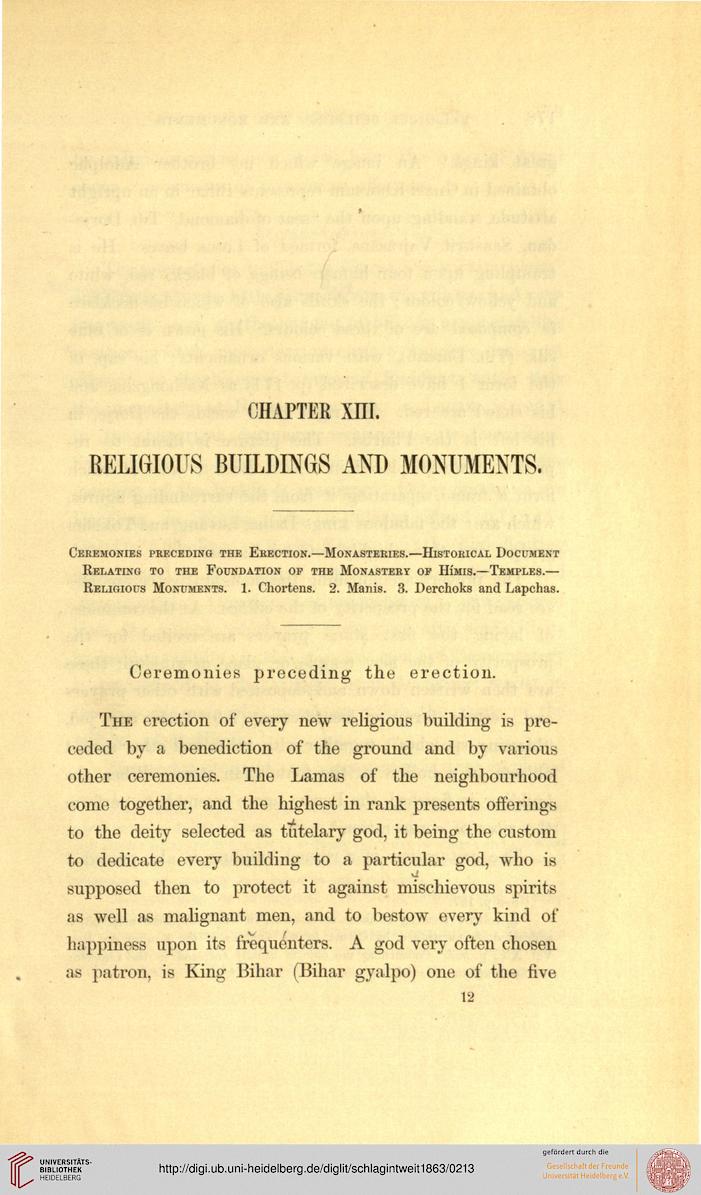 The erection of every new religious building is pre-
ceded by a benediction of the ground and by various
other ceremonies. The Lamas of the neighbourhood
come together, and the highest in rank presents offerings
to the deity selected as tutelary god, it being the custom
to dedicate every building to a particular god, who is
supposed then to protect it against mischievous spirits
as well as malignant men, and to bestow every kind of
happiness upon its frequenters. A god very often chosen
as patron, is King Bihar (Bihar gyalpo) one of the five