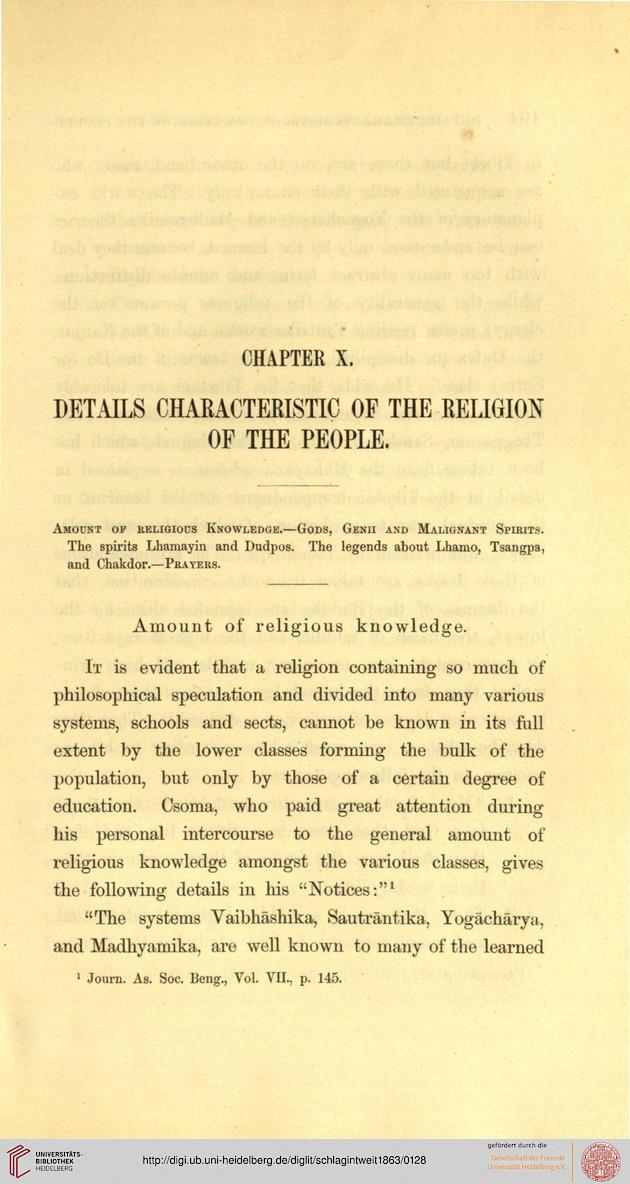 DETAILS CHARACTERISTIC OF THE RELIGION
OF THE PEOPLE.

Amount op religious Knowledge.—Gods, Genii and Malignant Spirits.
The spirits Lhamayin and Dudpos. The legends about Lhamo, Tsangpa,
and Chakdor.—Prayers.

It is evident that a religion containing so much of
philosophical speculation and divided into many various
systems, schools and sects, cannot be known in its full
extent by the lower classes forming the bulk of the
population, but only by those of a certain degree of
education. Csoma, who paid great attention during
his personal intercourse to the general amount of
religious knowledge amongst the various classes, gives
the following details in his "Notices:"1

"The systems Vaibhashika, Sautrantika, Yogacharya,
and Madhyamika, are well known to many of the learned