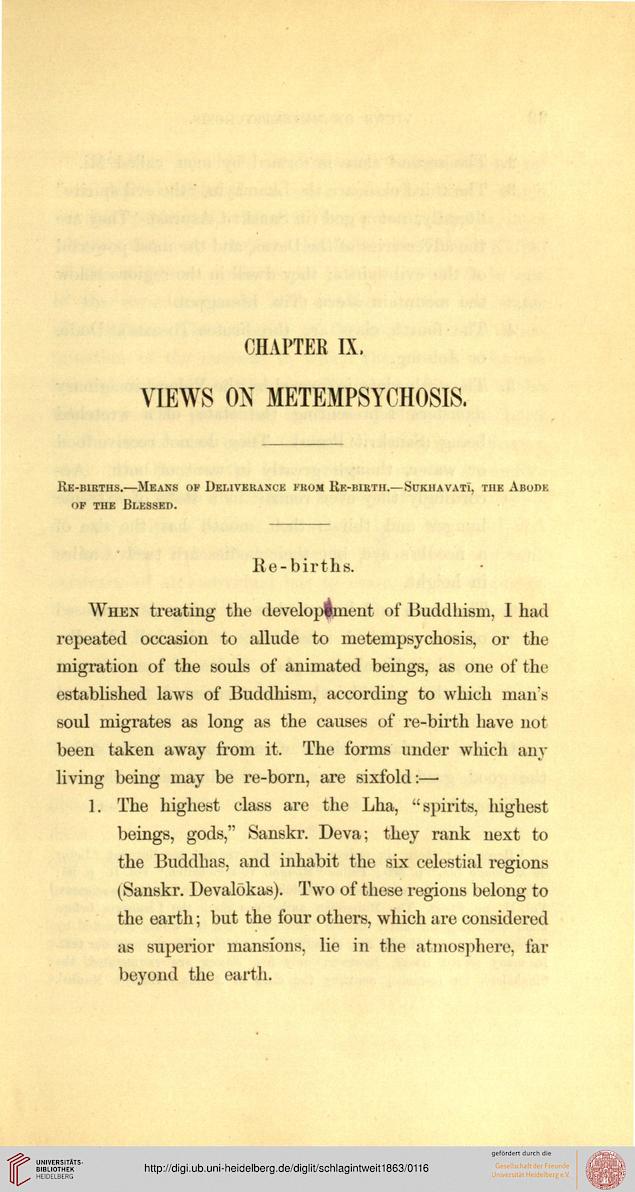 Re-bibths.—Means of Deliverance ekom Ke-birth.—Sukhavati, the Abode
op the Blessed.

When treating the developfment of Buddhism, I had
repeated occasion to allude to metempsychosis, or the
migration of the souls of animated beings, as one of the
established laws of Buddhism, according to which man's
soul migrates as long as the causes of re-birth have not
been taken away from it. The forms under which any
living being may be re-born, are sixfold:—■

1. The highest class are the Lha, "spirits, highest
beings, gods," Sanskr. Deva; they rank next to
the Buddhas, and inhabit the six celestial regions
(Sanskr. Devalokas). Two of these regions belong to
the earth; but the four others, which are considered
as superior mansions, lie in the atmosphere, far
beyond the earth.