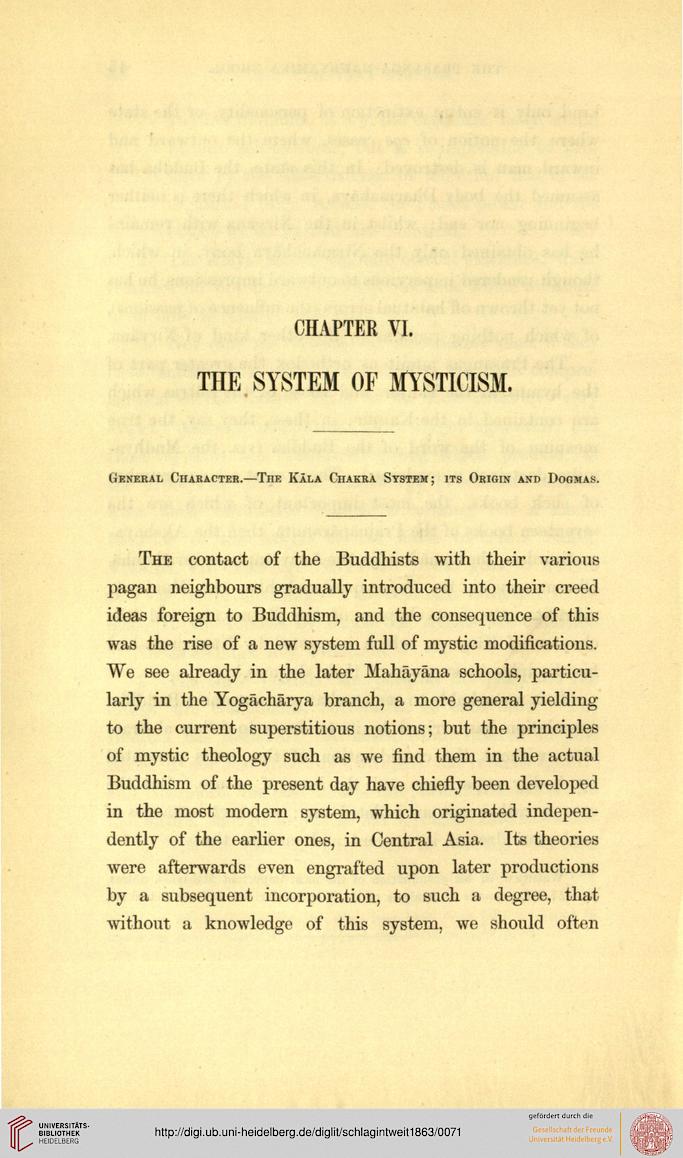 The contact of the Buddhists with their various
pagan neighbours gradually introduced into their creed
ideas foreign to Buddhism, and the consequence of this
was the rise of a new system full of mystic modifications.
We see already in the later Mahayana schools, particu-
larly in the Yogacharya branch, a more general yielding
to the current superstitious notions; but the principles
of mystic theology such as we find them in the actual
Buddhism of the present day have chiefly been developed
in the most modern system, which originated indepen-
dently of the earlier ones, in Central Asia. Its theories
were afterwards even engrafted upon later productions
by a subsequent incorporation, to such a degree, that
without a knowledge of this system, we should often