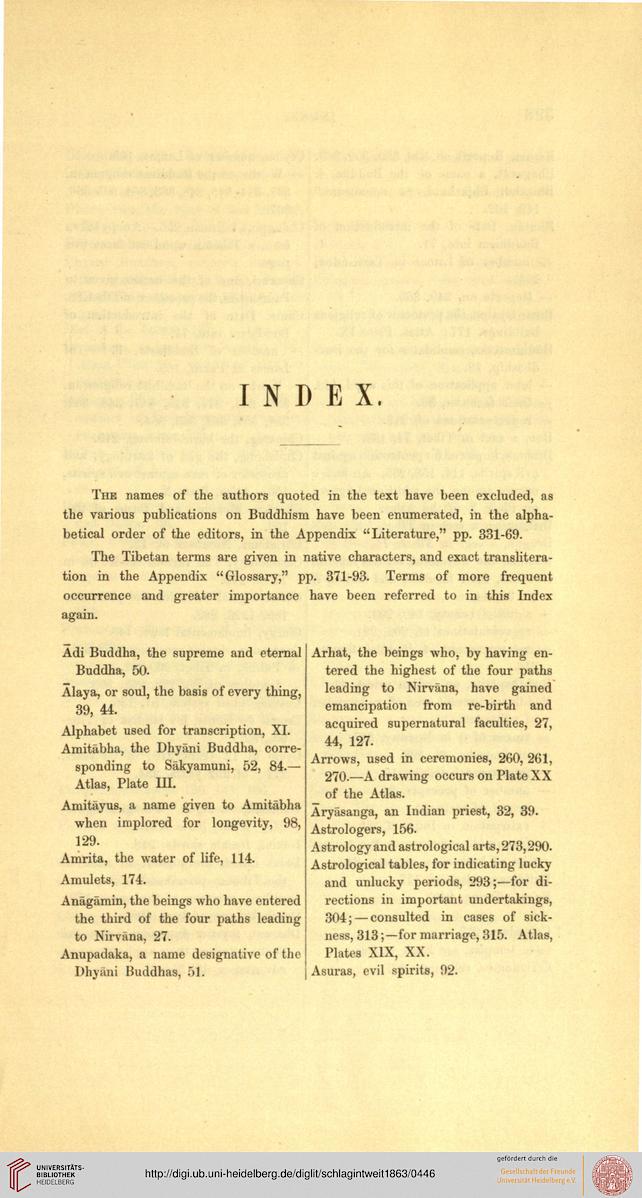 The names of the authors quoted in the text have been excluded, as
the various publications on Buddhism have been enumerated, in the alpha-
betical order of the editors, in the Appendix "Literature," pp. 331-69.

The Tibetan terms are given in native characters, and exact translitera-
tion in the Appendix "Glossary," pp. 371-93. Terms of more frequent
occurrence and greater importance have been referred to in this Index
again.

Adi Buddha, the supreme and eternal

Atlas, Plate III.
Amitayus, a name given to Amitabha

when implored for longevity, 98,

the third of the four paths leading

Arhat, the beings who, by having en-
tered the highest of the four paths
leading to Nirvana, have gained
emancipation from re-birth and
acquired supernatural faculties, 27,
44, 127.