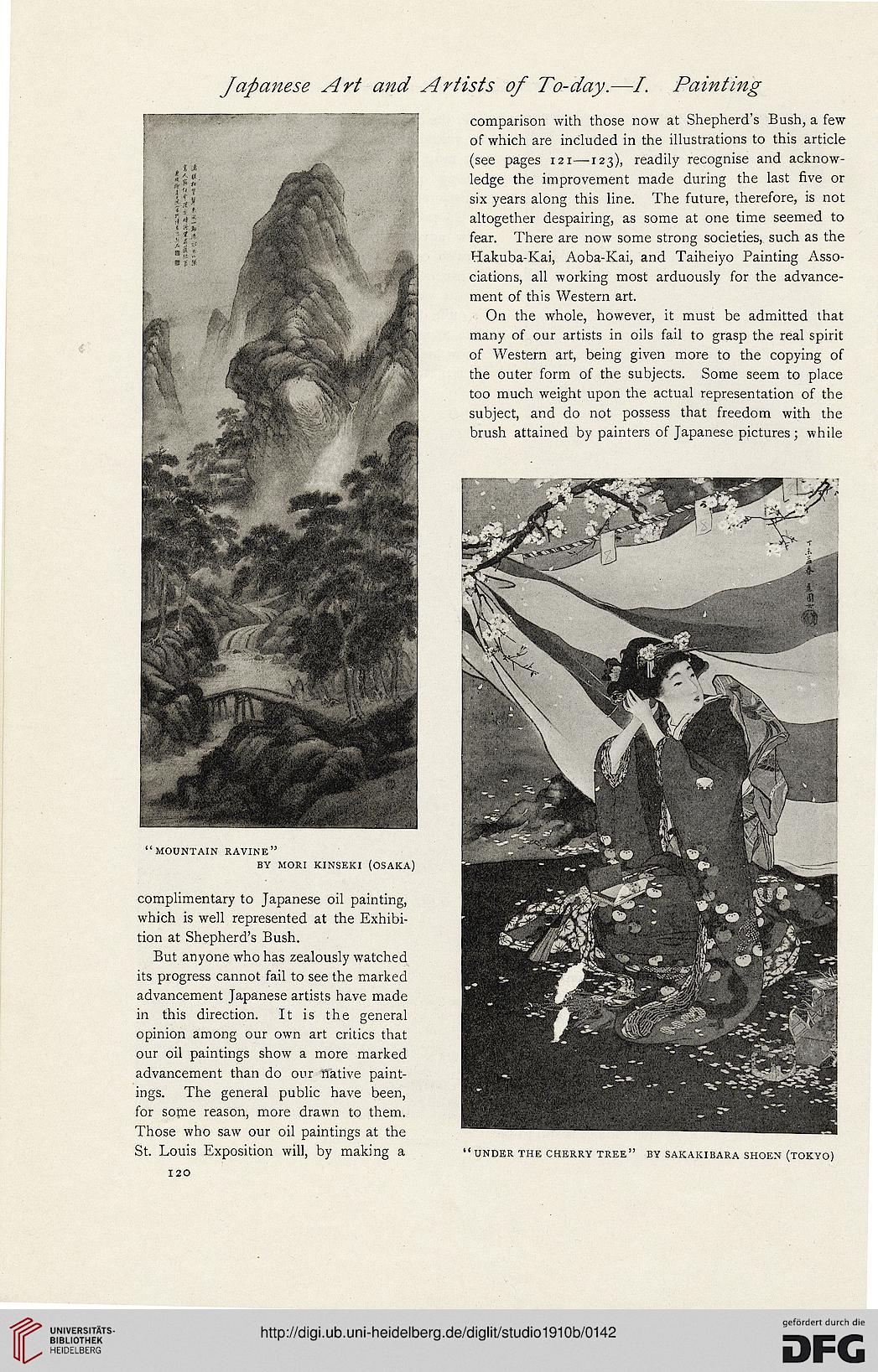 complimentary to Japanese oil painting,
which is well represented at the Exhibi-
tion at Shepherd’s Bush.

But anyone who has zealously watched
its progress cannot fail to see the marked
advancement Japanese artists have made
in this direction. It is the general
opinion among our own art critics that
our oil paintings show a more marked
advancement than do our native paint-
ings. The general public have been,
for some reason, more drawn to them.
Those who saw our oil paintings at the
St. Louis Exposition will, by making a

comparison with those now at Shepherd’s Bush, a few
of which are included in the illustrations to this article
(see pages 121—123), readily recognise and acknow-
ledge the improvement made during the last five or
six years along this line. The future, therefore, is not
altogether despairing, as some at one time seemed to
fear. There are now some strong societies, such as the
Hakuba-Kai, Aoba-Kai, and Taiheiyo Painting Asso-
ciations, all working most arduously for the advance-
ment of this Western art.

On the whole, however, it must be admitted that
many of our artists in oils fail to grasp the real spirit
of Western art, being given more to the copying of
the outer form of the subjects. Some seem to place
too much weight upon the actual representation of the
subject, and do not possess that freedom with the
brush attained by painters of Japanese pictures; while