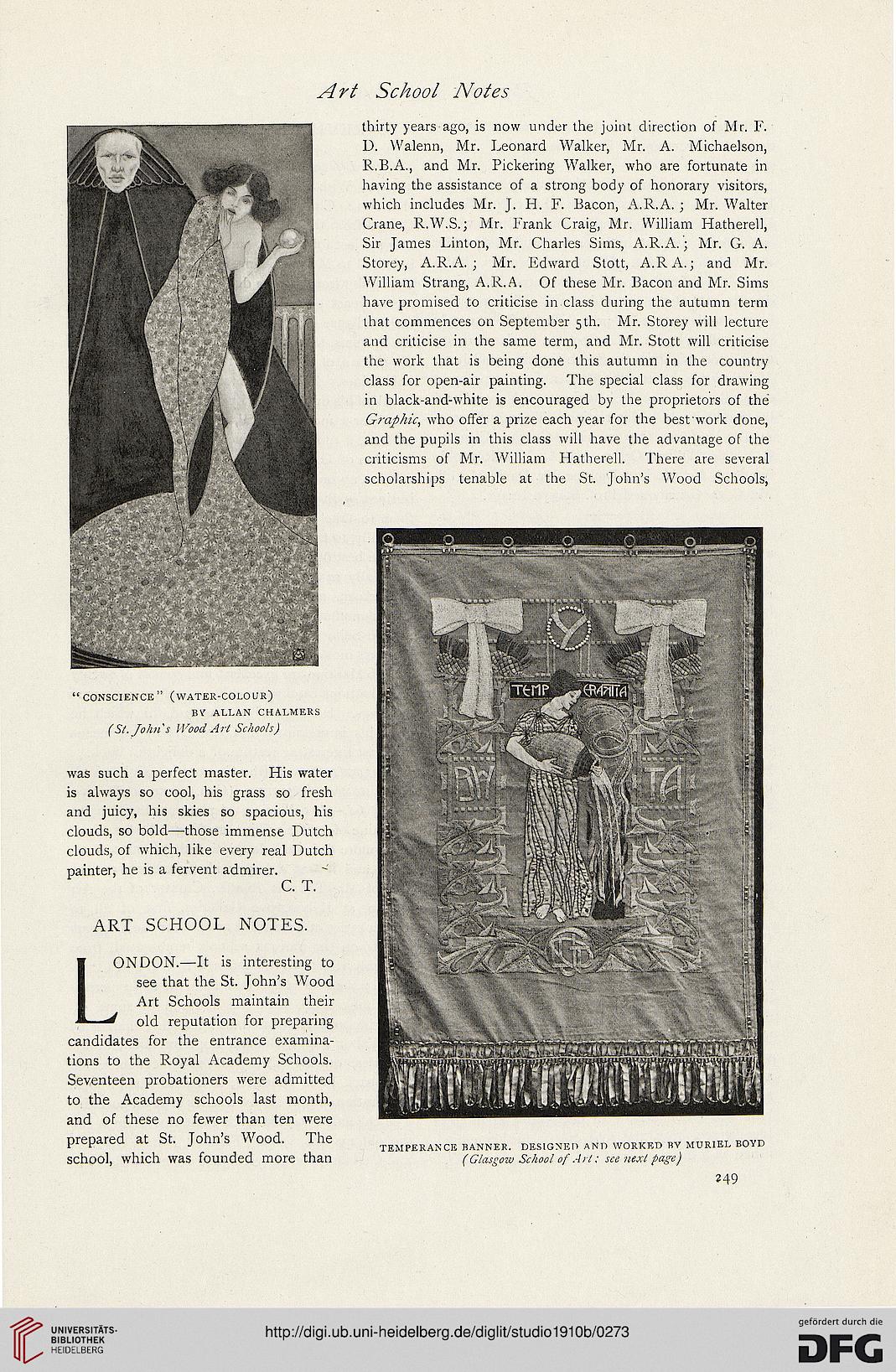 was such a perfect master. His water
is always so cool, his grass so fresh
and juicy, his skies so spacious, his
clouds, so bold—those immense Dutch
clouds, of which, like every real Dutch
painter, he is a fervent admirer.

LONDON.—It is interesting to
see that the St. John’s Wood
Art Schools maintain their
f old reputation for preparing
candidates for the entrance examina-
tions to the Royal Academy Schools.
Seventeen probationers were admitted
to the Academy schools last month,
and of these no fewer than ten were
prepared at St. John’s Wood. The
school, which was founded more than

thirty years ago, is now under the joint direction of Mr. F.
D. Walenn, Mr. Leonard Walker, Mr. A. Michaelson,
R.B.A., and Mr. Pickering Walker, who are fortunate in
having the assistance of a strong body of honorary visitors,
which includes Mr. J. H. F. Bacon, A.R.A. ; Mr. Walter
Crane, R.W.S.; Mr. Frank Craig, Mr. William Hatherell,
Sir James Linton, Mr. Charles Sims, A.R.A.; Mr. G. A.
Storey, A.R.A.; Mr. Edward Stott, A.RA.; and Mr.
William Strang, A.R.A. Of these Mr. Bacon and Mr. Sims
have promised to criticise in class during the autumn term
that commences on September 5th. Mr. Storey will lecture
and criticise in the same term, and Mr. Stott will criticise
the work that is being done this autumn in the country
class for open-air painting. The special class for drawing
in black-and-white is encouraged by the proprietors of the
Graphic, who offer a prize each year for the best work done,
and the pupils in this class will have the advantage of the
criticisms of Mr. William Hatherell. There are several
scholarships tenable at the St. John’s Wood Schools,

( Glasgow School of A rt: see next page)