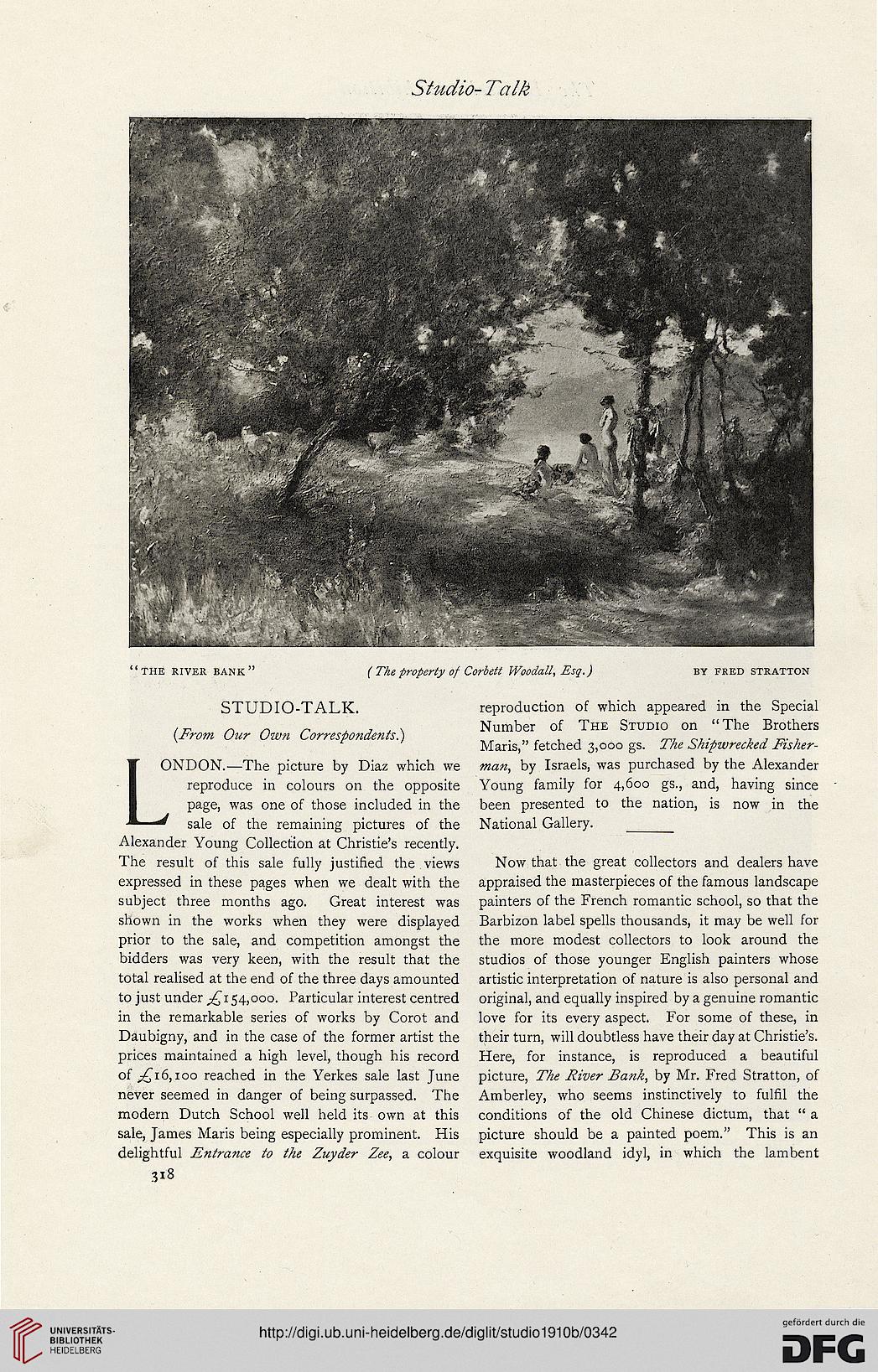 {From Our Own Correspondents.)

LONDON.—The picture by Diaz which we
reproduce in colours on the opposite
page, was one of those included in the
■ sale of the remaining pictures of the
Alexander Young Collection at Christie’s recently.
The result of this sale fully justified the views
expressed in these pages when we dealt with the
subject three months ago. Great interest was
shown in the works when they were displayed
prior to the sale, and competition amongst the
bidders was very keen, with the result that the
total realised at the end of the three days amounted
to just under ;£i 54,000. Particular interest centred
in the remarkable series of works by Corot and
Daubigny, and in the case of the former artist the
prices maintained a high level, though his record
of ,£16,100 reached in the Yerkes sale last June
never seemed in danger of being surpassed. The
modern Dutch School well held its own at this
sale, James Maris being especially prominent. His
delightful Entrance to the Zuyder Zee, a colour
3i8

reproduction of which appeared in the Special
Number of The Studio on “The Brothers
Maris,” fetched 3,000 gs. The Shipwrecked Fisher-
man, by Israels, was purchased by the Alexander
Young family for 4,600 gs., and, having since
been presented to the nation, is now in the
National Gallery. _

Now that the great collectors and dealers have
appraised the masterpieces of the famous landscape
painters of the French romantic school, so that the
Barbizon label spells thousands, it may be well for
the more modest collectors to look around the
studios of those younger English painters whose
artistic interpretation of nature is also personal and
original, and equally inspired by a genuine romantic
love for its every aspect. For some of these, in
their turn, will doubtless have their day at Christie’s.
Here, for instance, is reproduced a beautiful
picture, The River Bank, by Mr. Fred Stratton, of
Amberley, who seems instinctively to fulfil the
conditions of the old Chinese dictum, that “ a
picture should be a painted poem.” This is an
exquisite woodland idyl, in which the lambent