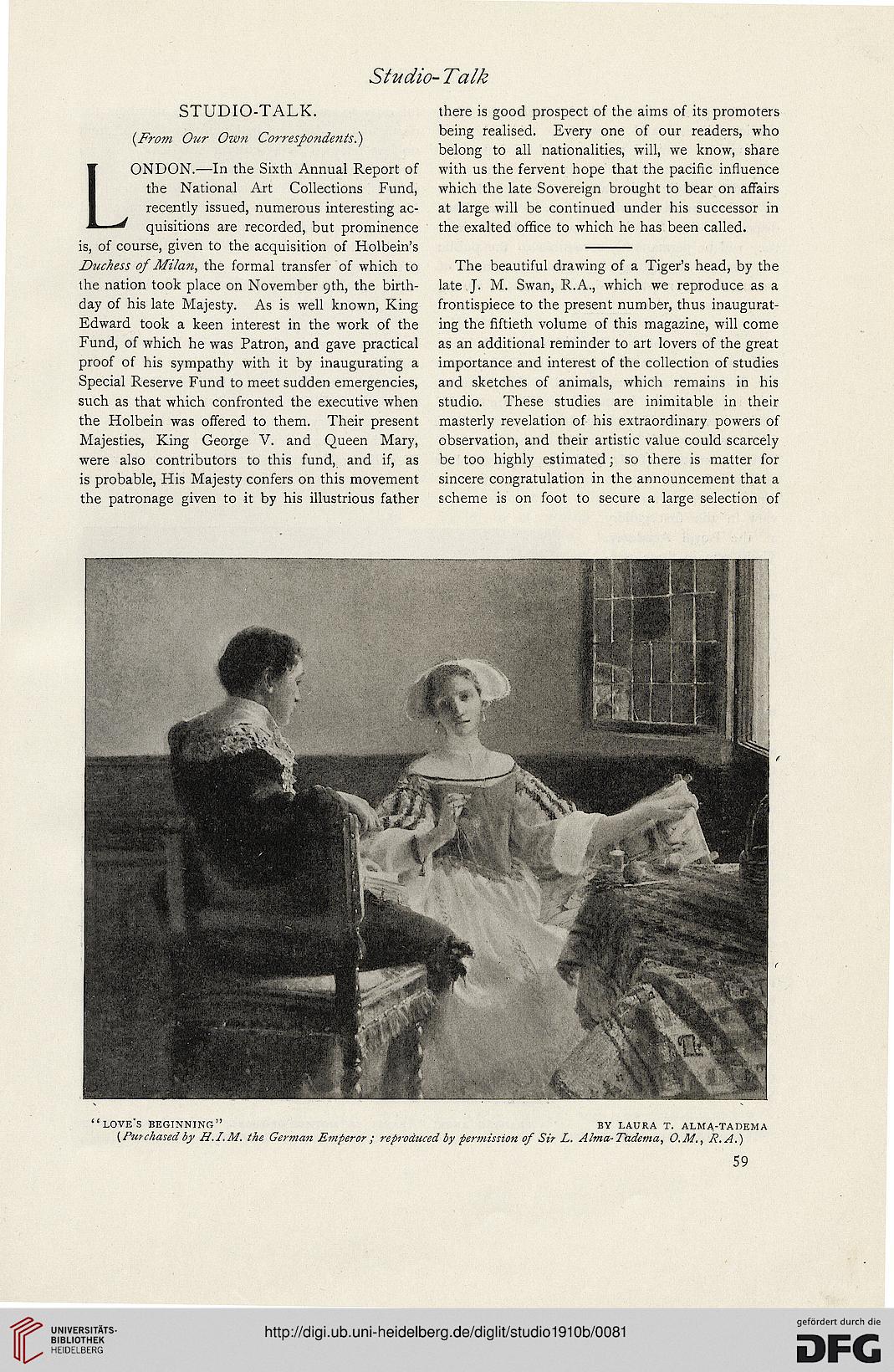 (From Our Own Correspondents})

LONDON.—In the Sixth Annual Report of
the National Art Collections Fund,
recently issued, numerous interesting ac-
quisitions are recorded, but prominence
is, of course, given to the acquisition of Holbein’s
Duchess of Milan, the formal transfer of which to
the nation took place on November 9th, the birth-
day of his late Majesty. As is well known, King
Edward took a keen interest in the work of the
Fund, of which he was Patron, and gave practical
proof of his sympathy with it by inaugurating a
Special Reserve Fund to meet sudden emergencies,
such as that which confronted the executive when
the Holbein was offered to them. Their present
Majesties, King George V. and Queen Mary,
were also contributors to this fund, and if, as
is probable, His Majesty confers on this movement
the patronage given to it by his illustrious father

there is good prospect of the aims of its promoters
being realised. Every one of our readers, who
belong to all nationalities, will, we know, share
with us the fervent hope that the pacific influence
which the late Sovereign brought to bear on affairs
at large will be continued under his successor in
the exalted office to which he has been called.

The beautiful drawing of a Tiger’s head, by the
late J. M. Swan, R.A., which we reproduce as a
frontispiece to the present number, thus inaugurat-
ing the fiftieth volume of this magazine, will come
as an additional reminder to art lovers of the great
importance and interest of the collection of studies
and sketches of animals, which remains in his
studio. These studies are inimitable in their
masterly revelation of his extraordinary powers of
observation, and their artistic value could scarcely
be too highly estimated; so there is matter for
sincere congratulation in the announcement that a
scheme is on foot to secure a large selection of