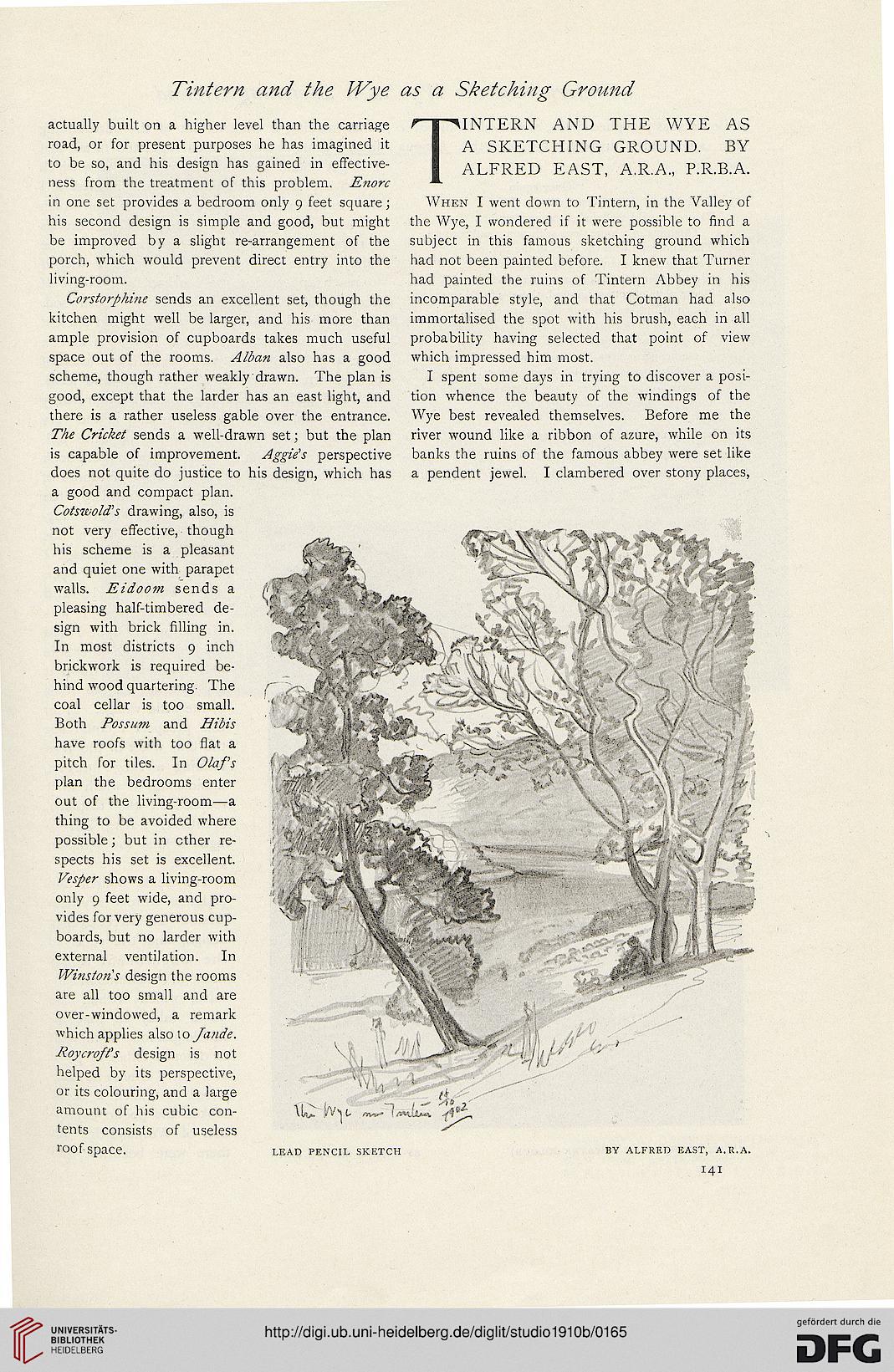 actually built on a higher level than the carriage
road, or for present purposes he has imagined it
to be so, and his design has gained in effective-
ness from the treatment of this problem. Enorc
in one set provides a bedroom only 9 feet square;
his second design is simple and good, but might
be improved by a slight re-arrangement of the
porch, which would prevent direct entry into the
living-room.

Corstorphine sends an excellent set, though the
kitchen might well be larger, and his more than
ample provision of cupboards takes much useful
space out of the rooms. Alban also has a good
scheme, though rather weakly drawn. The plan is
good, except that the larder has an east light, and
there is a rather useless gable over the entrance.
The Cricket sends a well-drawn set; but the plan
is capable of improvement. Aggie’s perspective
does not quite do justice to his design, which has
a good and compact plan.

Cotsivold’s drawing, also, is
not very effective, though
his scheme is a pleasant
and quiet one with parapet
walls. Eidoom sends a
pleasing half-timbered de-
sign with brick filling in.

In most districts 9 inch
brickwork is required be-
hind wood quartering. The
coal cellar is too small.

Both Possum and Hibis
have roofs with too flat a
pitch for tiles. In Ola/’s
plan the bedrooms enter
out of the living-room—a
thing to be avoided where
possible; but in ether re-
spects his set is excellent.

Vesper shows a living-room
only 9 feet wide, and pro-
vides for very generous cup-
boards, but no larder with
external ventilation. In
Winston s design the rooms
are all too small and are
over-windowed, a remark
which applies also to Jande.

Roycroft’s design is not
helped by its perspective,
or its colouring, and a large
amount of his cubic con-
tents consists of useless
roof space.

Tintern and the wye as
a sketching ground, by

When I went down to Tintern, in the Valley of
the Wye, I wondered if it were possible to find a
subject in this famous sketching ground which
had not been painted before. I knew that Turner
had painted the ruins of Tintern Abbey in his
incomparable style, and that Cotman had also
immortalised the spot with his brush, each in all
probability having selected that point of view
which impressed him most.

I spent some days in trying to discover a posi-
tion whence the beauty of the windings of the
Wye best revealed themselves. Before me the
river wound like a ribbon of azure, while on its
banks the ruins of the famous abbey were set like
a pendent jewel. I clambered over stony places,