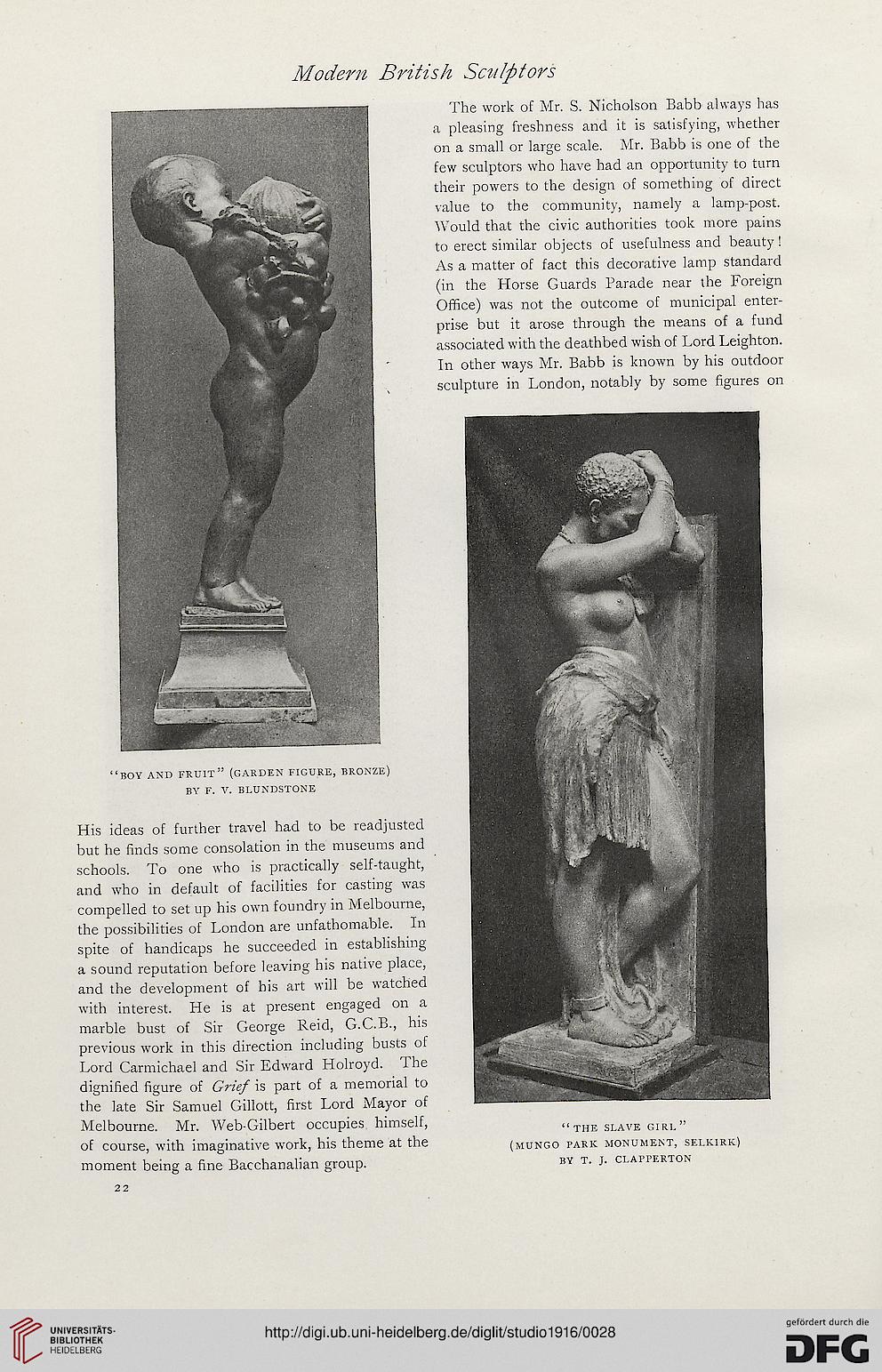 His ideas of further travel had to be readjusted
but he finds some consolation in the museums and
schools. To one who is practically self-taught,
and who in default of facilities for casting was
compelled to set up his own foundry in Melbourne,
the possibilities of London are unfathomable. In
spite of handicaps he succeeded in establishing
a sound reputation before leaving his native place,
and the development of his art will be watched
with interest. He is at present engaged on a
marble bust of Sir George Reid, G.C.B., his
previous work in this direction including busts of
Lord Carmichael and Sir Edward Holroyd. The
dignified figure of Grief is part of a memorial to
the late Sir Samuel Gillott, first Lord Mayor of
Melbourne. Mr. Web-Gilbert occupies himself,
of course, with imaginative work, his theme at the
moment being a fine Bacchanalian group.

The work of Mr. S. Nicholson Babb always has
a pleasing freshness and it is satisfying, whether
on a small or large scale. Mr. Babb is one of the
few sculptors who have had an opportunity to turn
their powers to the design of something of direct
value to the community, namely a lamp-post.
Would that the civic authorities took more pains
to erect similar objects of usefulness and beauty !
As a matter of fact this decorative lamp standard
(in the Horse Guards Parade near the Foreign
Office) was not the outcome of municipal enter-
prise but it arose through the means of a fund
associated with the deathbed wish of Lord Leighton.
In other ways Mr. Babb is known by his outdoor
sculpture in London, notably by some figures on