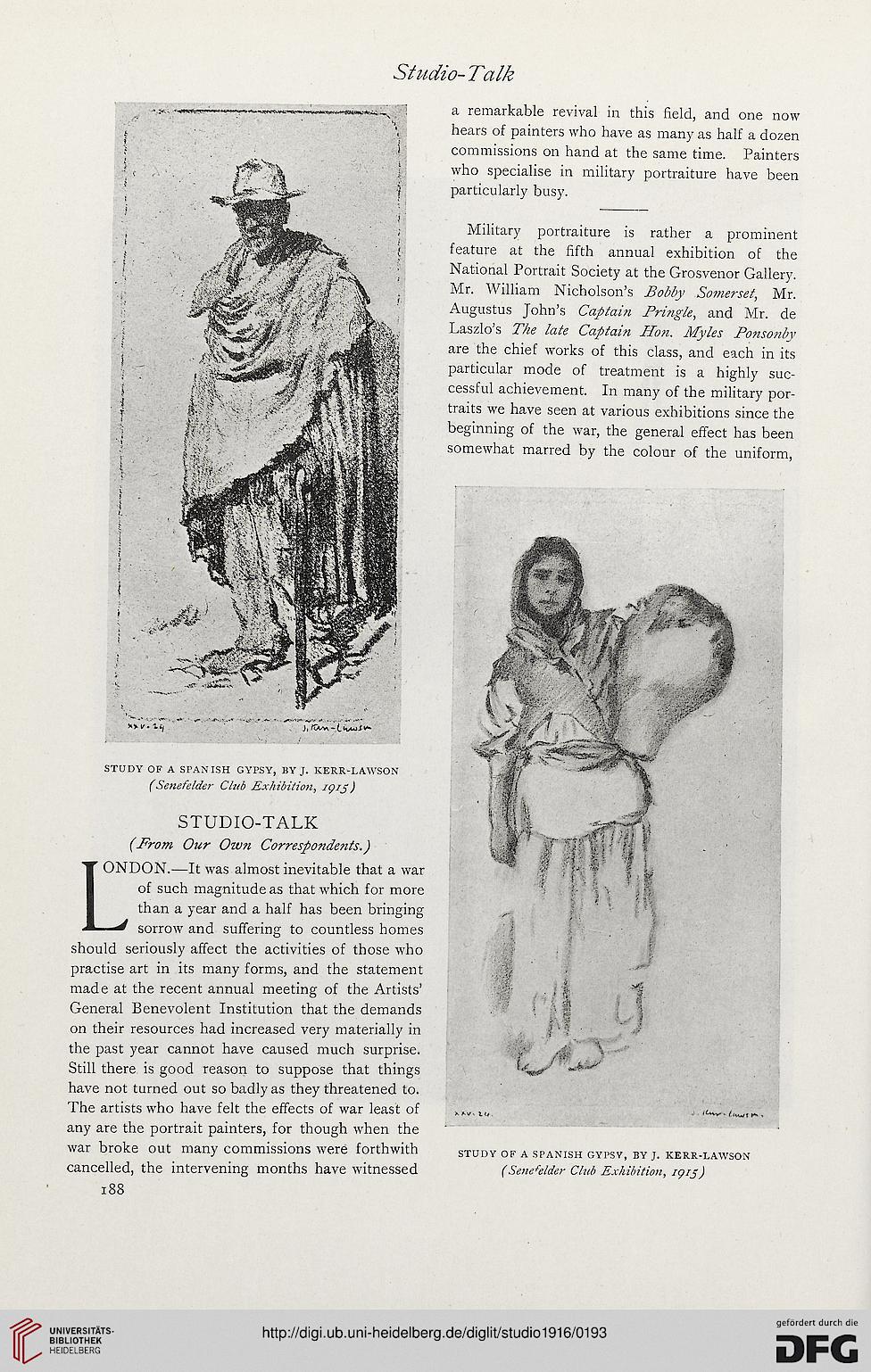 CDON.—It was almost inevitable that a war
of such magnitude as that which for more
than a year and a half has been bringing
sorrow and suffering to countless homes
should seriously affect the activities of those who
practise art in its many forms, and the statement
made at the recent annual meeting of the Artists’
General Benevolent Institution that the demands
on their resources had increased very materially in
the past year cannot have caused much surprise.
Still there is good reason to suppose that things
have not turned out so badly as they threatened to.
The artists who have felt the effects of war least of
any are the portrait painters, for though when the
war broke out many commissions were forthwith
cancelled, the intervening months have witnessed
188

a remarkable revival in this field, and one now
hears of painters who have as many as half a dozen
commissions on hand at the same time. Painters
who specialise in military portraiture have been
particularly busy.

Military portraiture is rather a prominent
feature at the fifth annual exhibition of the
National Portrait Society at the Grosvenor Gallery.
Mr. William Nicholson’s Bobby Somerset, Mr.
Augustus John’s Captain Pringle, and Mr. de
Laszlo’s The late Captaiti Hon. Myles Ponsonby
are the chief works of this class, and each in its
particular mode of treatment is a highly suc-
cessful achievement. In many of the military por-
traits we have seen at various exhibitions since the
beginning of the war, the general effect has been
somewhat marred by the colour of the uniform,