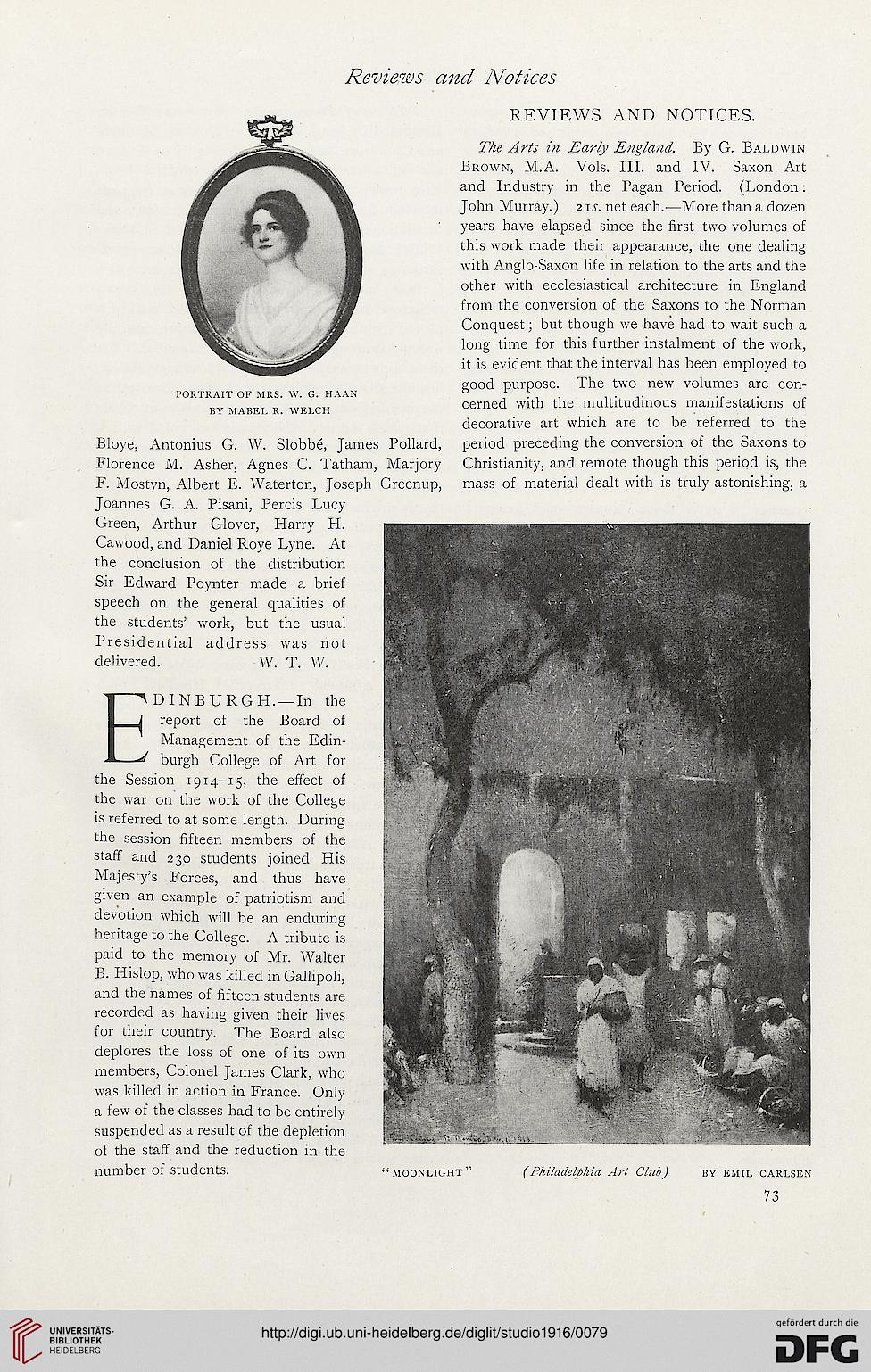 The Arts in Early England. By G. Baldwin
Brown, M.A. Vols. III. and IV. Saxon Art
and Industry in the Pagan Period. (London:
John Murray.) 2 is-, net each.—More than a dozen
years have elapsed since the first two volumes of
this work made their appearance, the one dealing
with Anglo-Saxon life in relation to the arts and the
other with ecclesiastical architecture in England
from the conversion of the Saxons to the Norman
Conquest; but though we have had to wait such a
long time for this further instalment of the work,
it is evident that the interval has been employed to
good purpose. The two new volumes are con-
cerned with the multitudinous manifestations of
decorative art which are to be referred to the
period preceding the conversion of the Saxons to
Christianity, and remote though this period is, the
mass of material dealt with is truly astonishing, a

report of the Board of
Management of the Edin-
burgh College of Art for
the Session 1914-15, the effect of
the war on the work of the College
is referred to at some length. During
the session fifteen members of the
staff and 230 students joined His
Majesty’s Forces, and thus have
given an example of patriotism and
devotion which will be an enduring
heritage to the College. A tribute is
paid to the memory of Mr. Walter
B. Hislop, who was killed in Gallipoli,
and the names of fifteen students are
recorded as having given their lives
for their country. The Board also
deplores the loss of one of its own
members, Colonel James Clark, who
was killed in action in France. Only
a few of the classes had to be entirely
suspended as a result of the depletion
of the staff and the reduction in the
number of students.

Cawood, and Daniel Roye Lyne. At
the conclusion of the distribution
Sir Edward Poynter made a brief
speech on the general qualities of
the students’ work, but the usual
Presidential address was not
delivered. W. T. W.