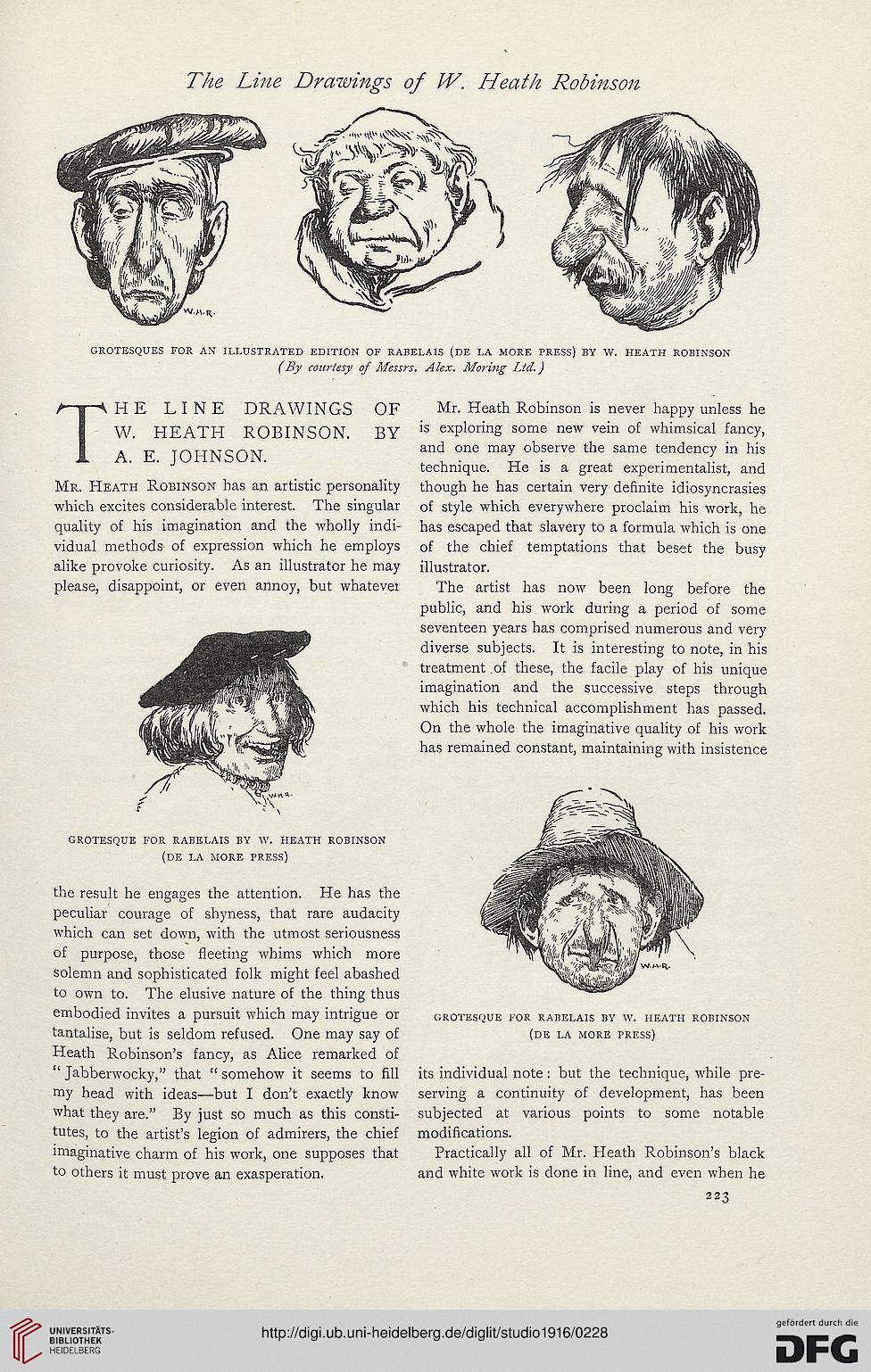 The line drawings of

Mr. Heath Robinson has an artistic personality
which excites considerable interest. The singular
quality of his imagination and the wholly indi-
vidual methods of expression which he employs
alike provoke curiosity. As an illustrator he may
please, disappoint, or even annoy, but whatevei

the result he engages the attention. He has the
peculiar courage of shyness, that rare audacity
which can set down, with the utmost seriousness
of purpose, those fleeting whims which more
solemn and sophisticated folk might feel abashed
to own to. The elusive nature of the thing thus
embodied invites a pursuit which may intrigue or
tantalise, but is seldom refused. One may say of
Heath Robinson’s fancy, as Alice remarked of
“ Jabberwocky,” that “ somehow it seems to fill
my head with ideas—but I don’t exactly know
what they are.” By just so much as this consti-
tutes, to the artist’s legion of admirers, the chief
imaginative charm of his work, one supposes that
to others it must prove an exasperation.

Mr. Heath Robinson is never happy unless he
is exploring some new vein of whimsical fancy,
and one may observe the same tendency in his
technique. He is a great experimentalist, and
though he has certain very definite idiosyncrasies
of style which everywhere proclaim his work, he
has escaped that slavery to a formula which is one
of the chief temptations that beset the busy
illustrator.

The artist has now been long before the
public, and his work during a period of some
seventeen years has comprised numerous and very
diverse subjects. It is interesting to note, in his
treatment of these, the facile play of his unique
imagination and the successive steps through
which his technical accomplishment has passed.
On the whole the imaginative quality of his work
has remained constant, maintaining with insistence

its individual note: but the technique, while pre-
serving a continuity of development, has been
subjected at various points to some notable
modifications.

Practically all of Mr. Heath Robinson’s black
and white work is done in line, and even when he