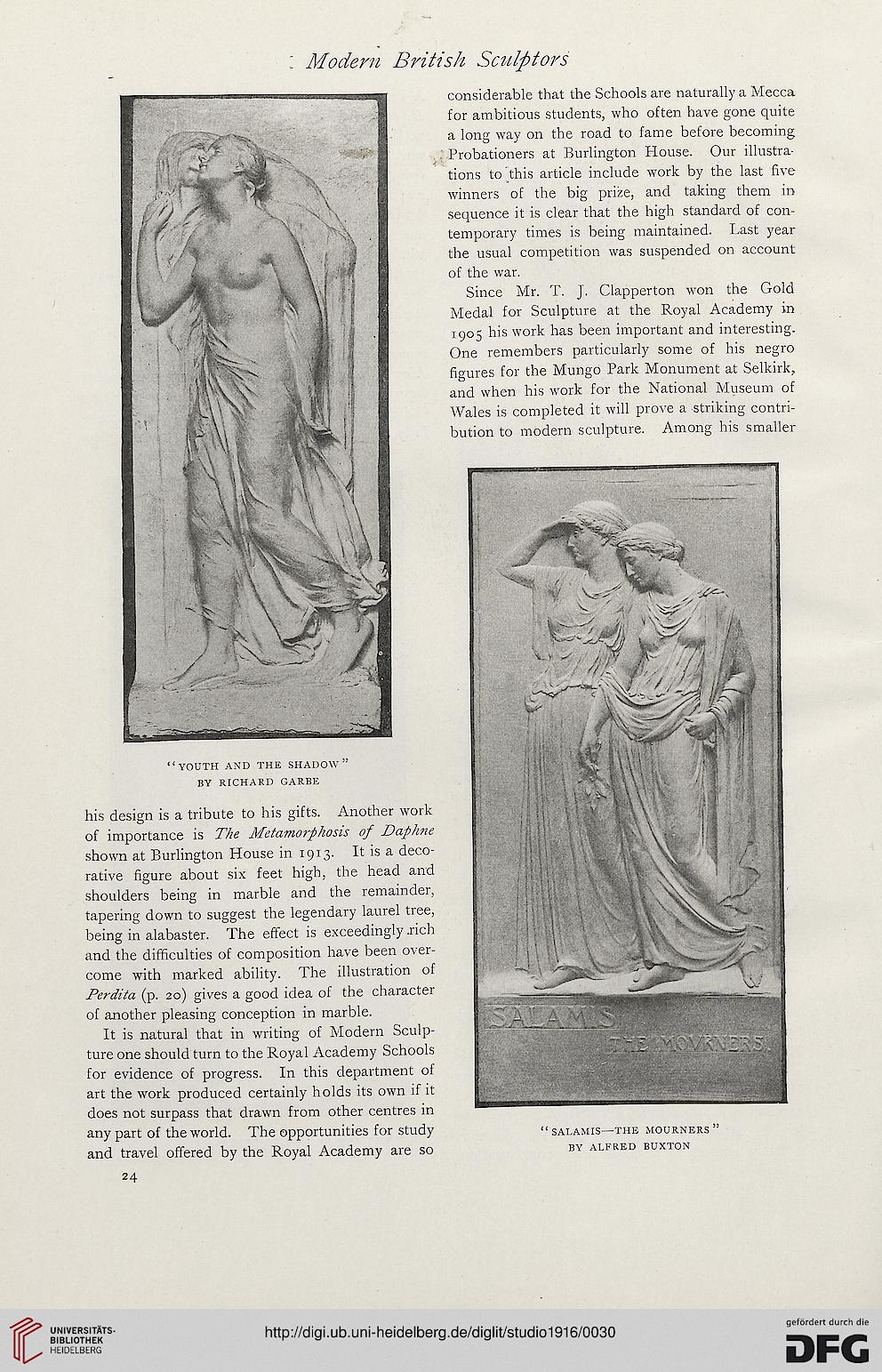 “youth and the shadow”

his design is a tribute to his gifts. Another work
of importance is The Metamorphosis of Daphne
shown at Burlington House in 1913. It is a deco-
rative figure about six feet high, the head and
shoulders being in marble and the remainder,
tapering down to suggest the legendary laurel tree,
being in alabaster. The effect is exceedingly .rich
and the difficulties of composition have been over-
come with marked ability. The illustration of
Perdita (p. 20) gives a good idea of the character
of another pleasing conception in marble.

It is natural that in writing of Modern Sculp-
ture one should turn to the Royal Academy Schools
for evidence of progress. In this department of
art the work produced certainly holds its own if it
does not surpass that drawn from other centres in
any part of the world. The opportunities for study
and travel offered by the Royal Academy are so

considerable that the Schools are naturally a Mecca
for ambitious students, who often have gone quite
a long way on the road to fame before becoming
. Probationers at Burlington House. Our illustra-
tions to this article include work by the last five
winners of the big prize, and taking them in
sequence it is clear that the high standard of con-
temporary times is being maintained. Last year
the usual competition was suspended on account
of the war.

Since Mr. T. J. Clapperton won the Gold
Medal for Sculpture at the Royal Academy in
1905 his work has been important and interesting.
One remembers particularly some of his negro
figures for the Mungo Park Monument at Selkirk,
and when his work for the National Museum of
Wales is completed it will prove a striking contri-
bution to modern sculpture. Among his smaller