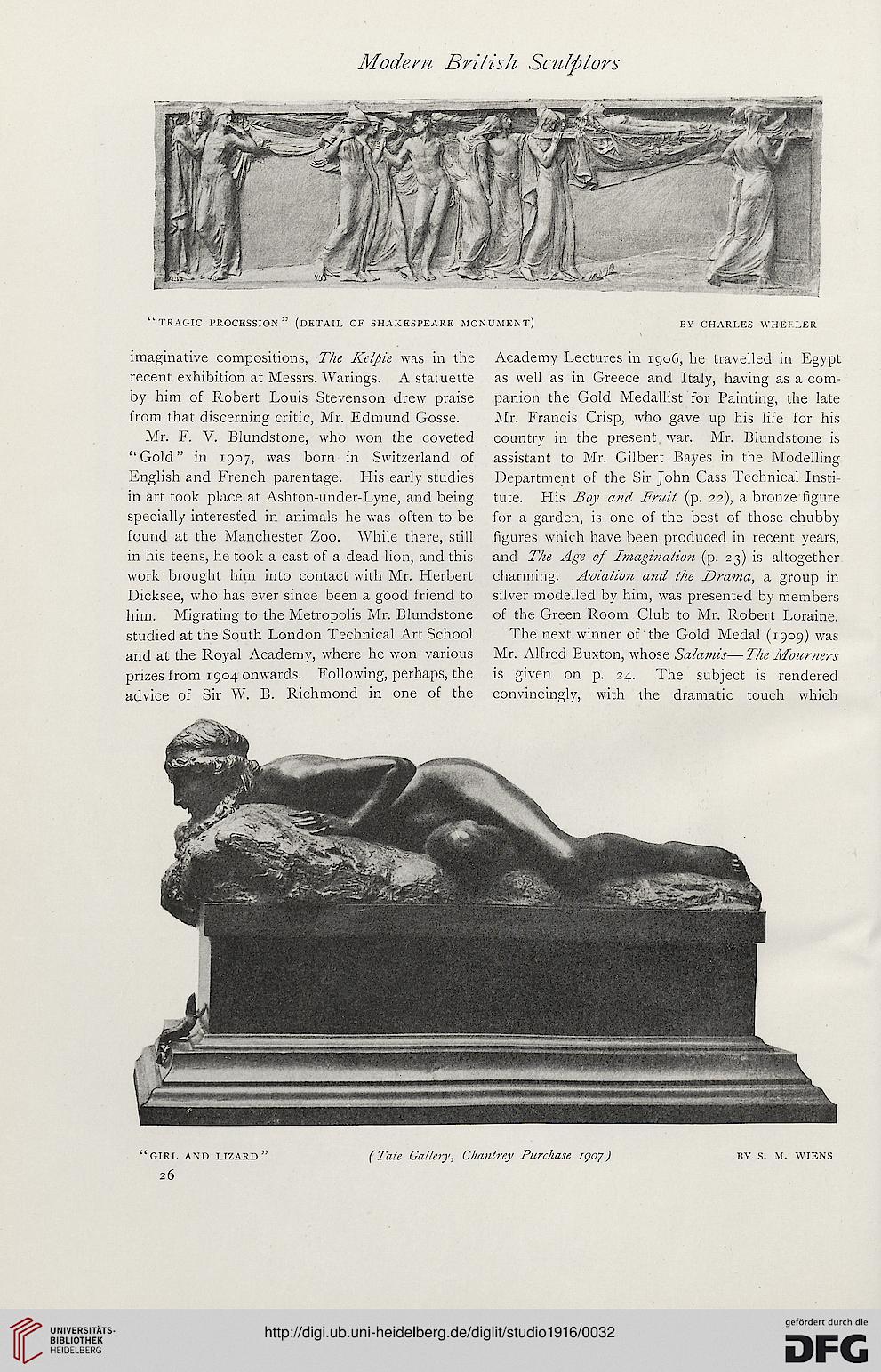 imaginative compositions, The Kelpie was in the Academy Lectures in 1906, he travelled in Egypt
recent exhibition at Messrs. Warings. A statuette as well as in Greece and Italy, having as a com-
by him of Robert Louis Stevenson drew praise panion the Gold Medallist for Painting, the late
from that discerning critic, Mr. Edmund Gosse. Mr. Francis Crisp, who gave up his life for his
Mr. F. V. Blundstone, who won the coveted country in the present, war. Mr. Blundstone is
“Gold” in 1907, was born in Switzerland of assistant to Mr. Gilbert Bayes in the Modelling
English and French parentage. His early studies Department of the Sir John Cass Technical Insti-
in art took place at Ashton-under-Lyne, and being tute. His Boy and Fruit (p. 22), a bronze figure
specially interested in animals he was often to be for a garden, is one of the best of those chubby
found at the Manchester Zoo. While there, still figures which have been produced in recent years,
in his teens, he took a cast of a dead lion, and this and The Age of Imagination (p. 23) is altogether
work brought him into contact with Mr. Herbert charming. Aviation and the Drama, a group in
Dicksee, who has ever since been a good friend to silver modelled by him, was presented by members
him. Migrating to the Metropolis Mr. Blundstone of the Green Room Club to Mr. Robert Loraine.
studied at the South London Technical Art School The next winner of the Gold Medal (1909) was
and at the Royal Academy, where he won various Mr. Alfred Buxton, whose Sa/amis—The Alourners
prizes from 1904 onwards. Following, perhaps, the is given on p. 24. The subject is rendered
advice of Sir W. B. Richmond in one of the convincingly, with the dramatic touch which