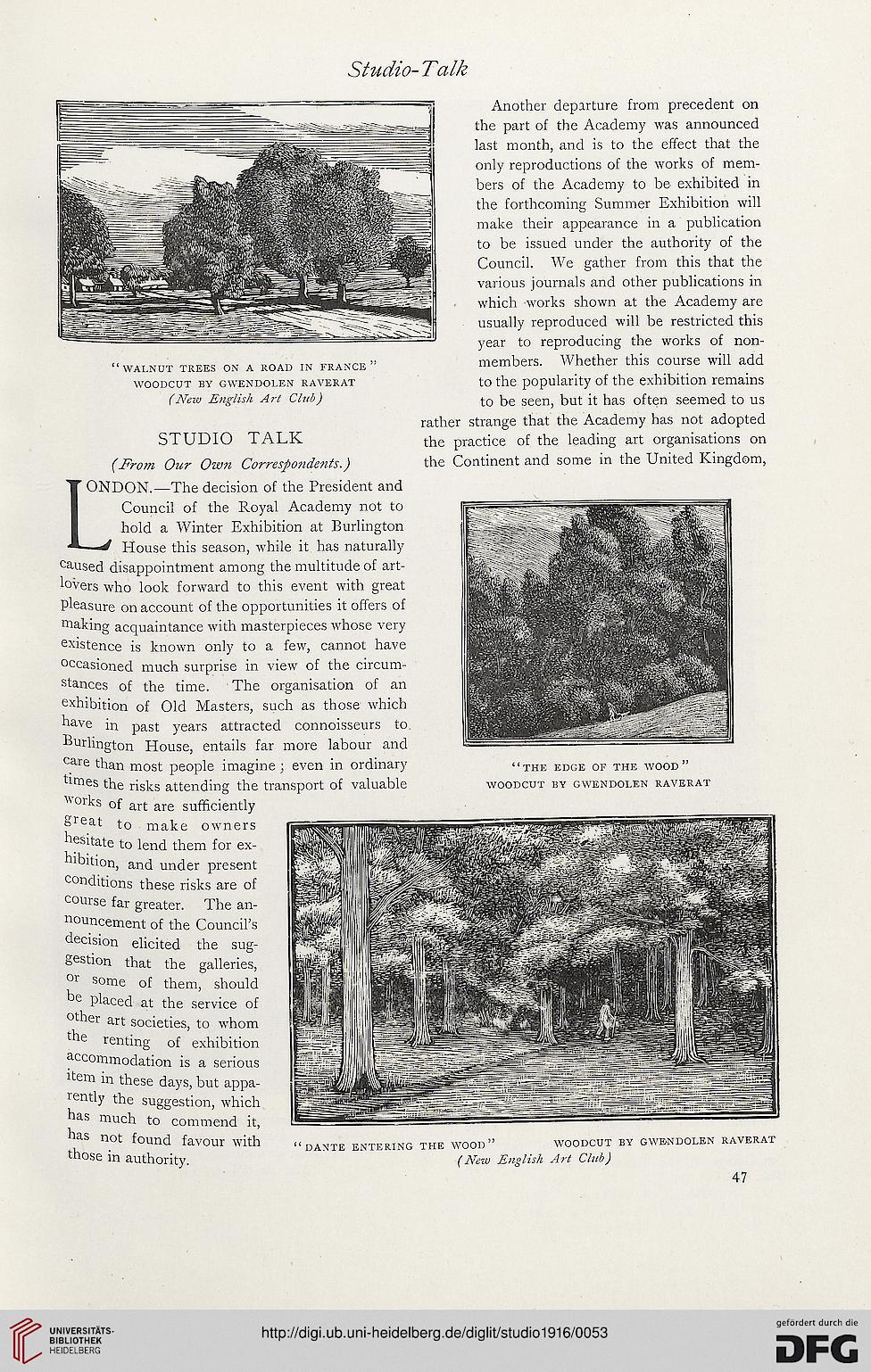 Another departure from precedent on
the part of the Academy was announced
last month, and is to the effect that the
only reproductions of the works of mem-
bers of the Academy to be exhibited in
the forthcoming Summer Exhibition will
make their appearance in a publication
to be issued under the authority of the
Council. We gather from this that the
various journals and other publications in
which works shown at the Academy are
usually reproduced will be restricted this
year to reproducing the works of non-
members. Whether this course will add
to the popularity of the exhibition remains
to be seen, but it has often seemed to us
rather strange that the Academy has not adopted
the practice of the leading art organisations on
the Continent and some in the United Kingdom,

E DON.—The decision of the President and
Council of the Royal Academy not to
hold a Winter Exhibition at Burlington
House this season, while it has naturally
caused disappointment among the multitude of art-
lovers who look forward to this event with great
Pleasure on account of the opportunities it offers of
making acquaintance with masterpieces whose very
existence is known only to a few, cannot have
occasioned much surprise in view of the circum-
stances of the time. The organisation of an
exhibition of Old Masters, such as those which
have in past years attracted connoisseurs to
Burlington House, entails far more labour and
care than most people imagine ; even in ordinary
limes the risks attending the transport of valuable
"°rks of art are sufficiently
great to make owners
hesitate to lend them for ex-
hibition, and under present
conditions these risks are of
course far greater. The an-
nouncement of the Council’s
decision elicited the sug-
gestion that the galleries,
or some of them, should
he placed at the service of
other art societies, to whom
Ihe renting of exhibition
accommodation is a serious
item in these days, but appa-
rently the suggestion, which
has much to commend it,
has not found favour with
those in authority.

“the edge of ti-ie wood”