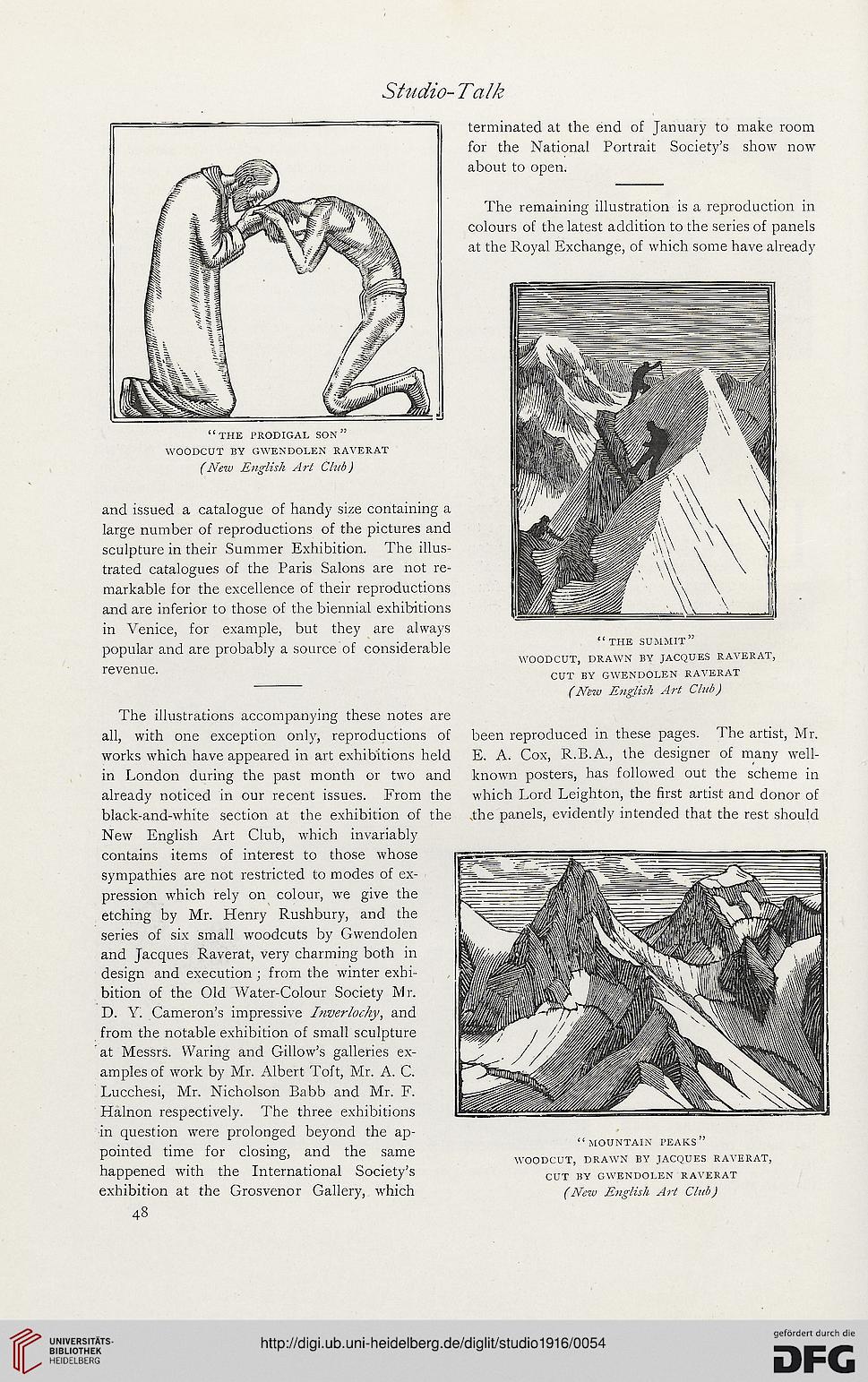 and issued a catalogue of handy size containing a
large number of reproductions of the pictures and
sculpture in their Summer Exhibition. The illus-
trated catalogues of the Paris Salons are not re-
markable for the excellence of their reproductions
and are inferior to those of the biennial exhibitions
in Venice, for example, but they are always
popular and are probably a source of considerable
revenue.

The illustrations accompanying these notes are
all, with one exception only, reproductions of
works which have appeared in art exhibitions held
in London during the past month or two and
already noticed in our recent issues. From the
black-and-white section at the exhibition of the
New English Art Club, which invariably
contains items of interest to those whose
sympathies are not restricted to modes of ex-
pression which rely on colour, we give the
etching by Mr. Henry Rushbury, and the
series of six small woodcuts by Gwendolen
and Jacques Raverat, very charming both in
design and execution ; from the winter exhi-
bition of the Old Water-Colour Society Mr.

D. Y. Cameron’s impressive Inverlochy, and
from the notable exhibition of small sculpture
at Messrs. Waring and Gillow’s galleries ex-
amples of work by Mr. Albert Toft, Mr. A. C.
Lucchesi, Mr. Nicholson Babb and Mr. F.
Halnon respectively. The three exhibitions
in question were prolonged beyond the ap-
pointed time for closing, and the same
happened with the International Society’s
exhibition at the Grosvenor Gallery, which
48

terminated at the end of January to make room
for the National Portrait Society’s show now
about to open.

The remaining illustration is a reproduction in
colours of the latest addition to the series of panels
at the Royal Exchange, of which some have already

been reproduced in these pages. The artist, Mr.
E. A. Cox, R.B.A., the designer of many well-
known posters, has followed out the scheme in
which Lord Leighton, the first artist and donor of
The panels, evidently intended that the rest should