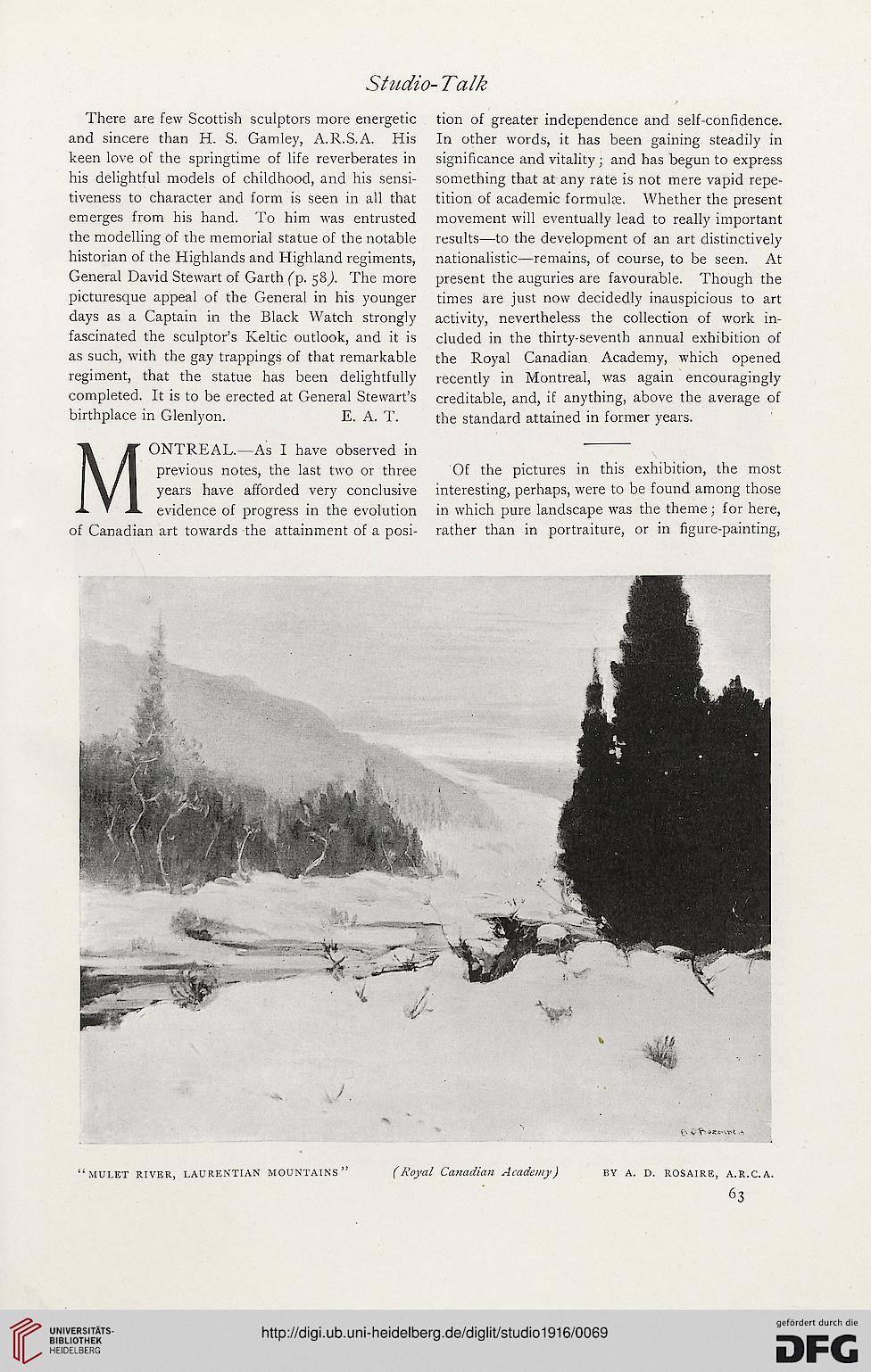 There are few Scottish sculptors more energetic
and sincere than H. S. Gamley, A.R.S.A. His
keen love of the springtime of life reverberates in
his delightful models of childhood, and his sensi-
tiveness to character and form is seen in all that
emerges from his hand. To him was entrusted
the modelling of the memorial statue of the notable
historian of the Highlands and Highland regiments,
General David Stewart of Garth fp. 58The more
picturesque appeal of the General in his younger
days as a Captain in the Black Watch strongly
fascinated the sculptor’s Keltic outlook, and it is
as such, with the gay trappings of that remarkable
regiment, that the statue has been delightfully
completed. It is to be erected at General Stewart’s
birthplace in Glenlyon. E. A. T.

MONTREAL.—As I have observed in
previous notes, the last two or three
years have afforded very conclusive
evidence of progress in the evolution
of Canadian art towards the attainment of a posi-

tion of greater independence and self-confidence.
In other words, it has been gaining steadily in
significance and vitality; and has begun to express
something that at any rate is not mere vapid repe-
tition of academic formulae. Whether the present
movement will eventually lead to really important
results—to the development of an art distinctively
nationalistic—remains, of course, to be seen. At
present the auguries are favourable. Though the
times are just now decidedly inauspicious to art
activity, nevertheless the collection of work in-
cluded in the thirty-seventh annual exhibition of
the Royal Canadian Academy, which opened
recently in Montreal, was again encouragingly
creditable, and, if anything, above the average of
the standard attained in former years.

Of the pictures in this exhibition, the most
interesting, perhaps, were to be found among those
in which pure landscape was the theme; for here,
rather than in portraiture, or in figure-painting,