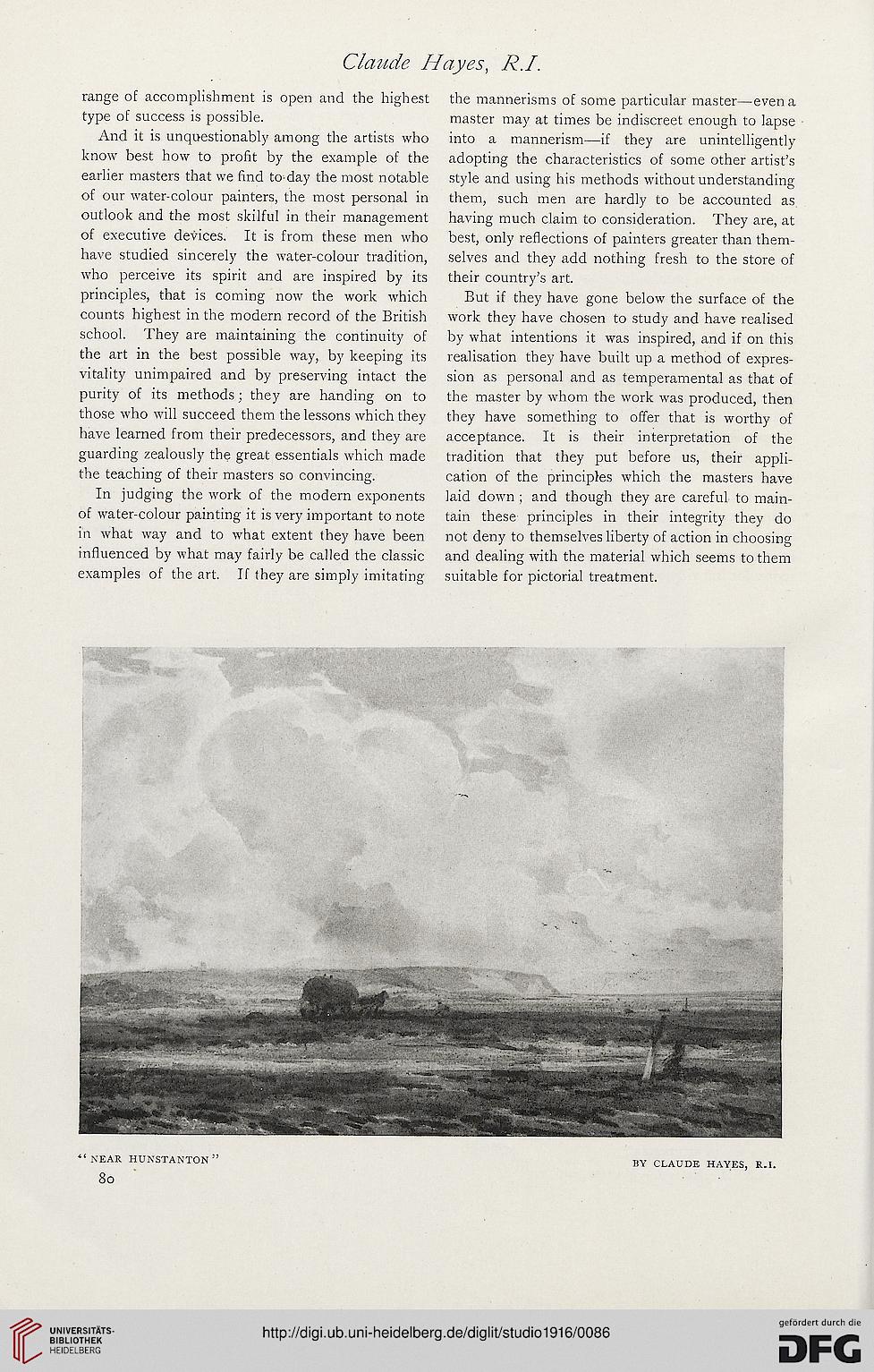 range of accomplishment is open and the highest
type of success is possible.

And it is unquestionably among the artists who
know best how to profit by the example of the
earlier masters that we find to-day the most notable
of our water-colour painters, the most personal in
outlook and the most skilful in their management
of executive devices. It is from these men who
have studied sincerely the water-colour tradition,
who perceive its spirit and are inspired by its
principles, that is coming now the work which
counts highest in the modern record of the British
school. They are maintaining the continuity of
the art in the best possible way, by keeping its
vitality unimpaired and by preserving intact the
purity of its methods; they are handing on to
those who will succeed them the lessons which they
have learned from their predecessors, and they are
guarding zealously the great essentials which made
the teaching of their masters so convincing.

In judging the work of the modern exponents
of water-colour painting it is very important to note
in what way and to what extent they have been
influenced by what may fairly be called the classic
examples of the art. If they are simply imitating

the mannerisms of some particular master—even a
master may at times be indiscreet enough to lapse
into a mannerism—if they are unintelligently
adopting the characteristics of some other artist’s
style and using his methods without understanding
them, such men are hardly to be accounted as
having much claim to consideration. They are, at
best, only reflections of painters greater than them-
selves and they add nothing fresh to the store of
their country’s art.

But if they have gone below the surface of the
work they have chosen to study and have realised
by what intentions it was inspired, and if on this
realisation they have built up a method of expres-
sion as personal and as temperamental as that of
the master by whom the work was produced, then
they have something to offer that is worthy of
acceptance. It is their interpretation of the
tradition that they put before us, their appli-
cation of the principles which the masters have
laid down ; and though they are careful to main-
tain these principles in their integrity they do
not deny to themselves liberty of action in choosing
and dealing with the material which seems to them
suitable for pictorial treatment.