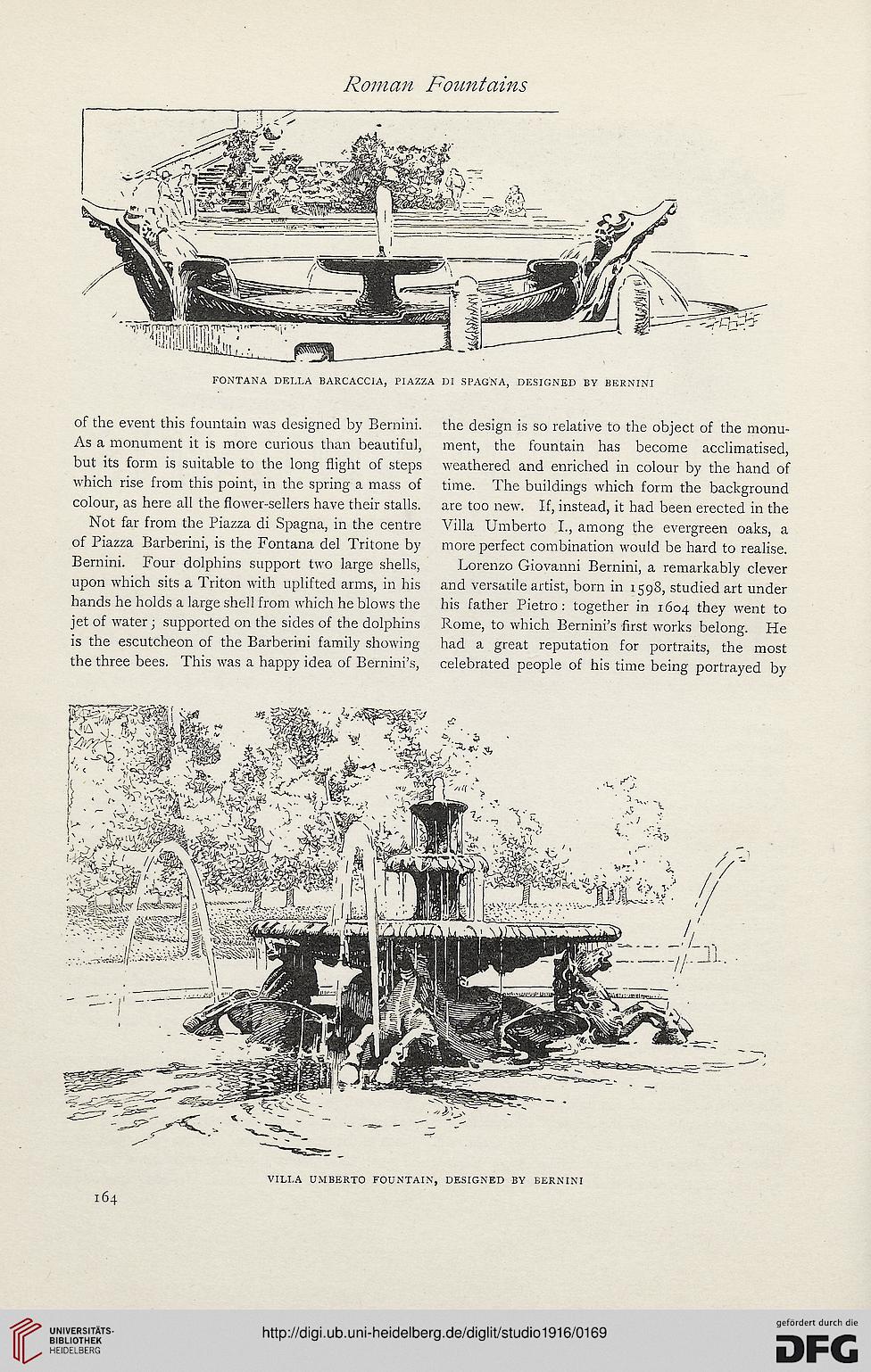 of the event this fountain was designed by Bernini.
As a monument it is more curious than beautiful,
but its form is suitable to the long flight of steps
which rise from this point, in the spring a mass of
colour, as here all the flower-sellers have their stalls.

Not far from the Piazza di Spagna, in the centre
of Piazza Barberini, is the Fontana del Tritone by
Bernini. Four dolphins support two large shells,
upon which sits a Triton with uplifted arms, in his
hands he holds a large shell from which he blows the
jet of water; supported on the sides of the dolphins
is the escutcheon of the Barberini family showing
the three bees. This was a happy idea of Bernini’s,

the design is so relative to the object of the monu-
ment, the fountain has become acclimatised,
weathered and enriched in colour by the hand of
time. The buildings which form the background
are too new. If, instead, it had been erected in the
Villa Umberto I., among the evergreen oaks, a
more perfect combination would be hard to realise.

Lorenzo Giovanni Bernini, a remarkably clever
and versatile artist, born in 1598, studied art under
his father Pietro: together in 1604 they went to
Rome, to which Bernini’s first works belong. He
had a great reputation for portraits, the most
celebrated people of his time being portrayed by