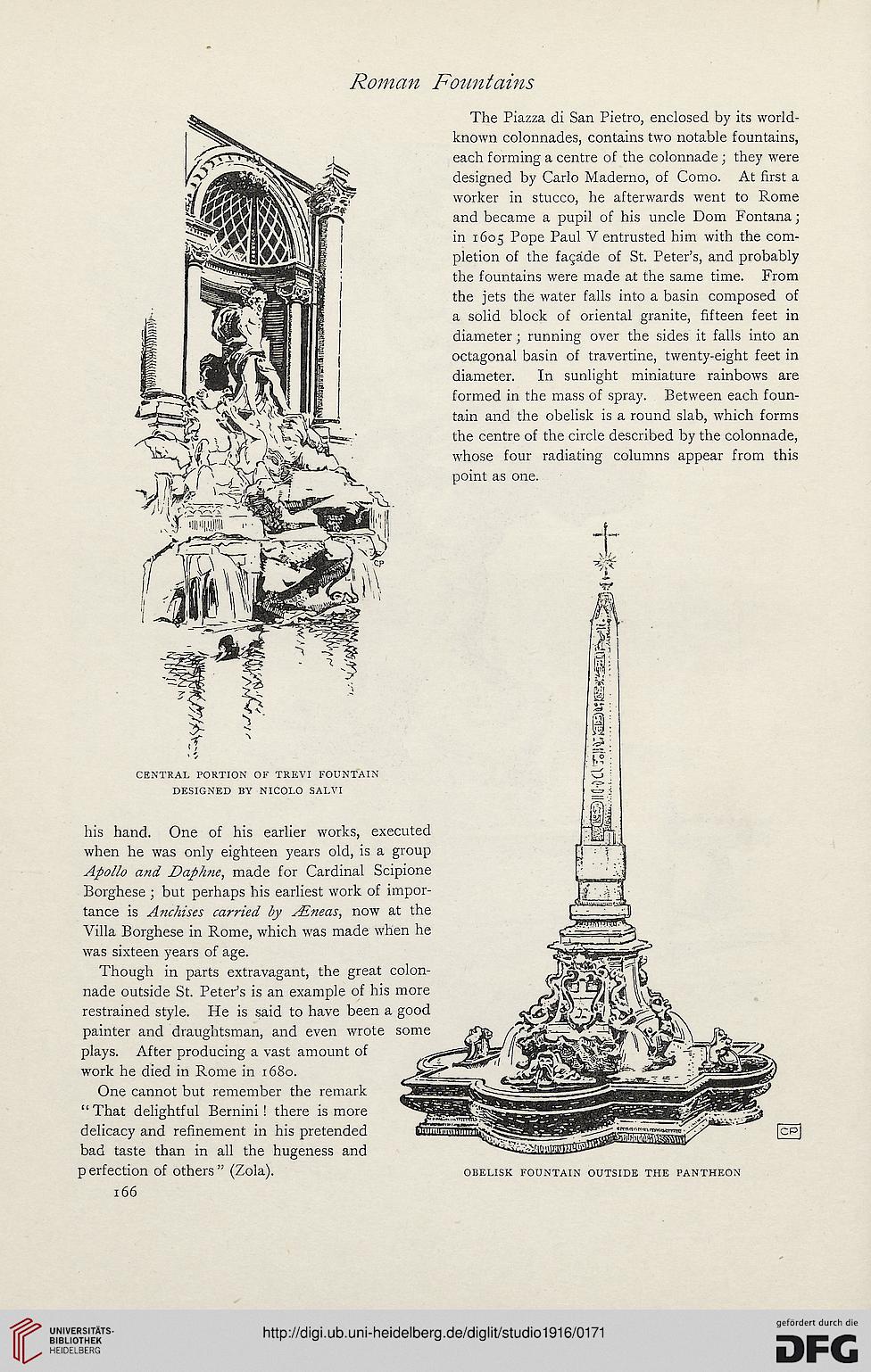 The Piazza di San Pietro, enclosed by its world-
known colonnades, contains two notable fountains,
each forming a centre of the colonnade ; they were
designed by Carlo Maderno, of Como. At first a
worker in stucco, he afterwards went to Rome
and became a pupil of his uncle Dom Fontana;
in 1605 Pope Paul V entrusted him with the com-
pletion of the fagade of St. Peter’s, and probably
the fountains were made at the same time. From
the jets the water falls into a basin composed of
a solid block of oriental granite, fifteen feet in
diameter; running over the sides it falls into an
octagonal basin of travertine, twenty-eight feet in
diameter. In sunlight miniature rainbows are
formed in the mass of spray. Between each foun-
tain and the obelisk is a round slab, which forms
the centre of the circle described by the colonnade,
whose four radiating columns appear from this
point as one.

his hand. One of his earlier works, executed
when he was only eighteen years old, is a group
Apollo and Daphne, made for Cardinal Scipione
Borghese ; but perhaps his earliest work of impor-
tance is Anchises carried by Adneas, now at the
Villa Borghese in Rome, which was made when he
was sixteen years of age.

Though in parts extravagant, the great colon-
nade outside St. Peter’s is an example of his more
restrained style. He is said to have been a good
painter and draughtsman, and even wrote some
plays. After producing a vast amount of
work he died in Rome in 1680.

One cannot but remember the remark
“ That delightful Bernini ! there is more
delicacy and refinement in his pretended
bad taste than in all the hugeness and
p erfection of others ” (Zola).

OBELISK FOUNTAIN OUTSIDE THE PANTHEON