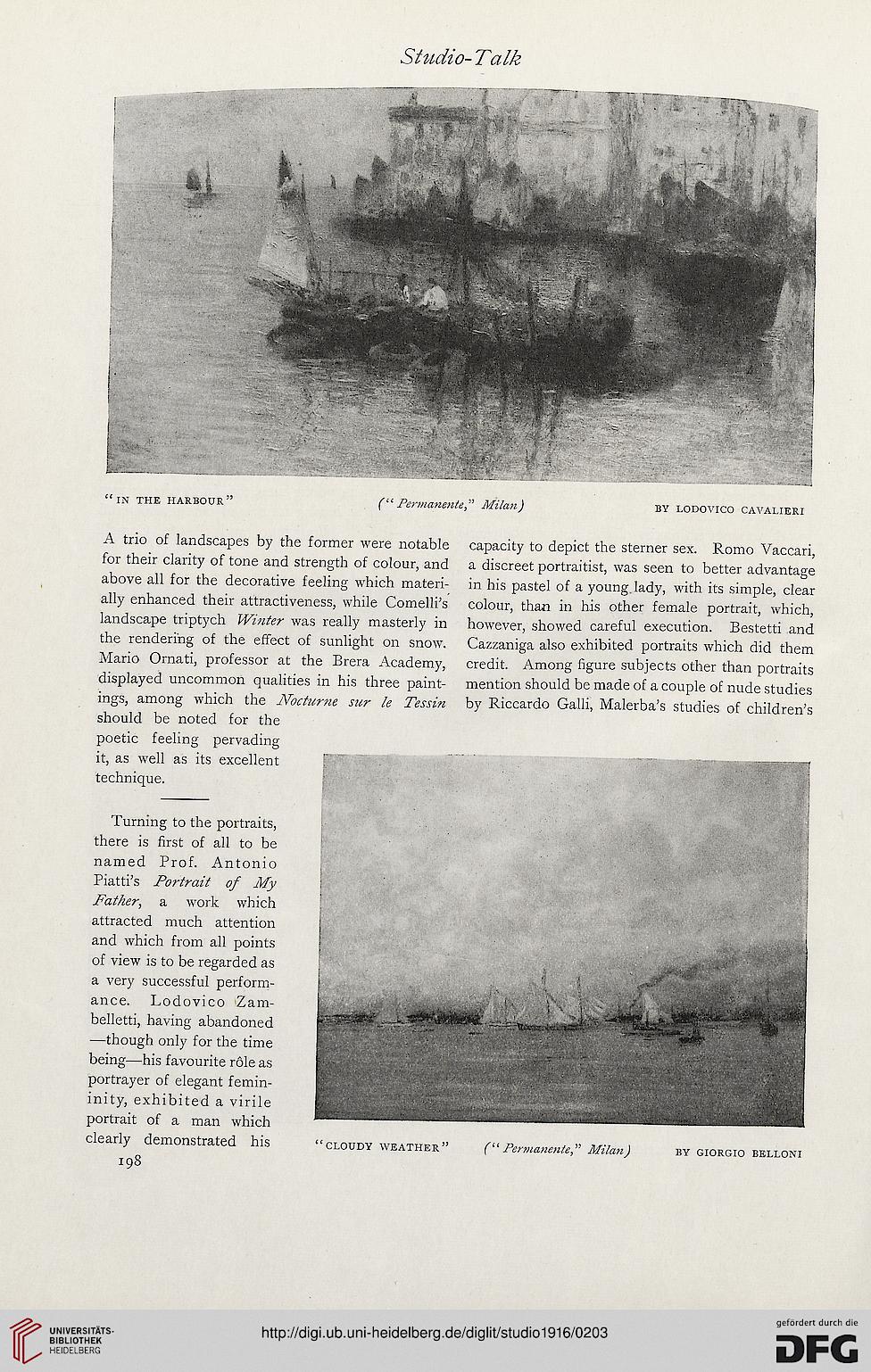 A trio of landscapes by the former were notable
for their clarity of tone and strength of colour, and
above all for the decorative feeling which materi-
ally enhanced their attractiveness, while Comelli’s
landscape triptych Winter was really masterly in
the rendering of the effect of sunlight on snow.
Mario Ornati, professor at the Brera Academy,
displayed uncommon qualities in his three paint-
ings, among which the Nocturne sur le Tessin
should be noted for the
poetic feeling pervading
it, as well as its excellent
technique.

Turning to the portraits,
there is first of all to be
named Prof. Antonio
Piatti’s Portrait of My
Father, a work which
attracted much attention
and which from all points
of view is to be regarded as
a very successful perform-
ance. Lodovico Zam-
belletti, having abandoned
—though only for the time
being—his favourite rdle as
portrayer of elegant femin-
inity, exhibited a virile
portrait of a man which
clearly demonstrated his
198

capacity to depict the sterner sex. Romo Vaccari,
a discreet portraitist, was seen to better advantage
in his pastel of a young, lady, with its simple, clear
colour, than in his other female portrait, which,
however, showed careful execution. Bestetti and
Cazzaniga also exhibited portraits which did them
credit. Among figure subjects other than portraits
mention should be made of a couple of nude studies
by Riccardo Galli, Malerba’s studies of children’s