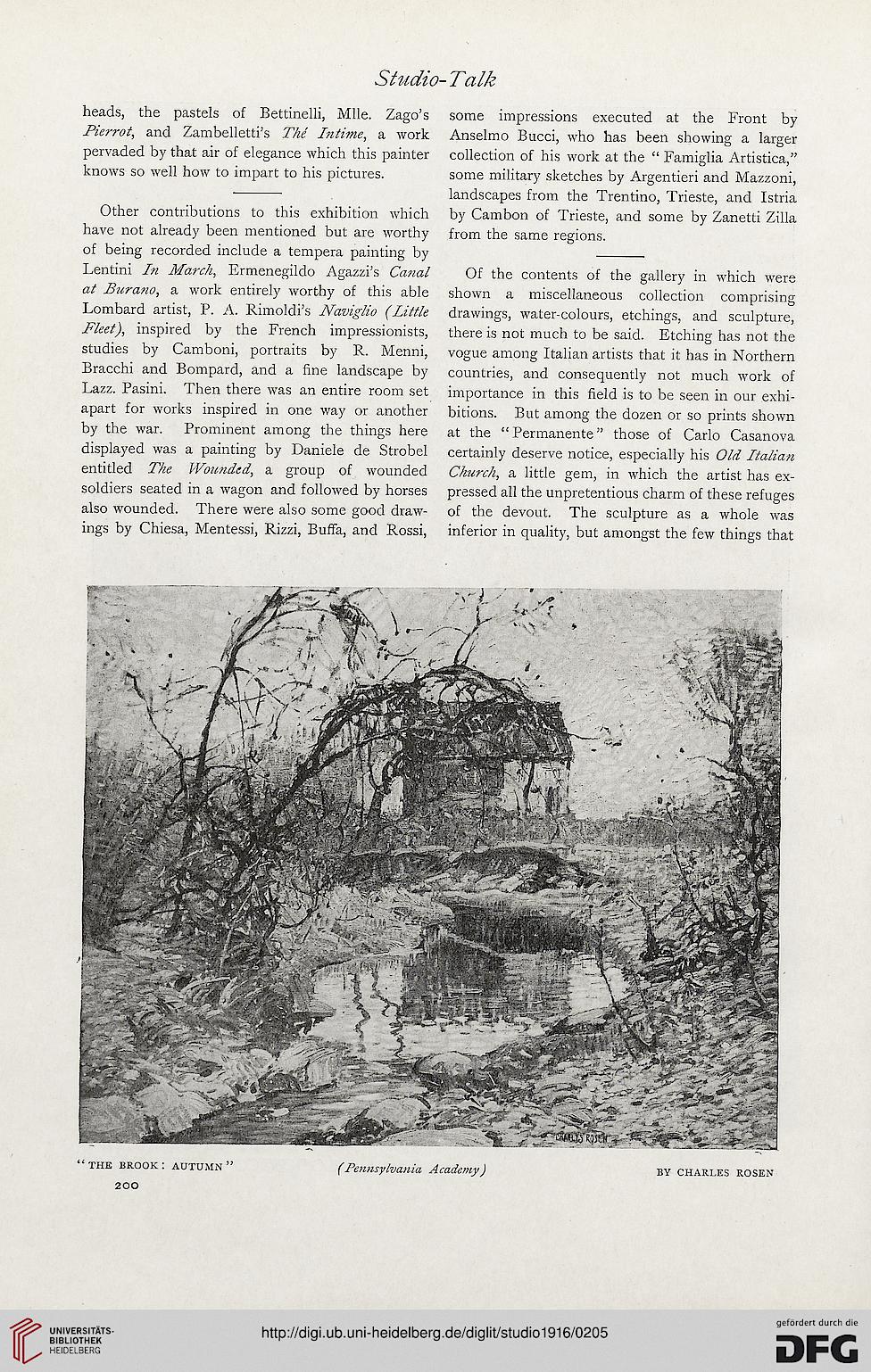 heads, the pastels of Bettinelli, Mile. Zago’s
Pierrot, and Zambelletti’s The Intime, a work
pervaded by that air of elegance which this painter
knows so well how to impart to his pictures.

Other contributions to this exhibition which
have not already been mentioned but are worthy
of being recorded include a tempera painting by
Lentini In March, Ermenegildo Agazzi’s Canal
at Burano, a work entirely worthy of this able
Lombard artist, P. A. Rimoldi’s Naviglio (Little
Fleet), inspired by the French impressionists,
studies by Camboni, portraits by R. Menni,
Bracchi and Bompard, and a fine landscape by
Lazz. Pasini. Then there was an entire room set
apart for works inspired in one way or another
by the war. Prominent among the things here
displayed was a painting by Daniele de Strobel
entitled The Wounded, a group of wounded
soldiers seated in a wagon and followed by horses
also wounded. There were also some good draw-
ings by Chiesa, Mentessi, Rizzi, Buffa, and Rossi,

some impressions executed at the Front by
Anselmo Bucci, who has been showing a larger
collection of his work at the “ Famiglia Artistica,”
some military sketches by Argentieri and Mazzoni,
landscapes from the Trentino, Trieste, and Istria
by Cambon of Trieste, and some by Zanetti Zilla
from the same regions.

Of the contents of the gallery in which were
shown a miscellaneous collection comprising
drawings, water-colours, etchings, and sculpture,
there is not much to be said. Etching has not the
vogue among Italian artists that it has in Northern
countries, and consequently not much work of
importance in this field is to be seen in our exhi-
bitions. But among the dozen or so prints shown
at the “ Permanente ” those of Carlo Casanova
certainly deserve notice, especially his Old Italian
Church, a little gem, in which the artist has ex-
pressed all the unpretentious charm of these refuges
of the devout. The sculpture as a whole was
inferior in quality, but amongst the few things that