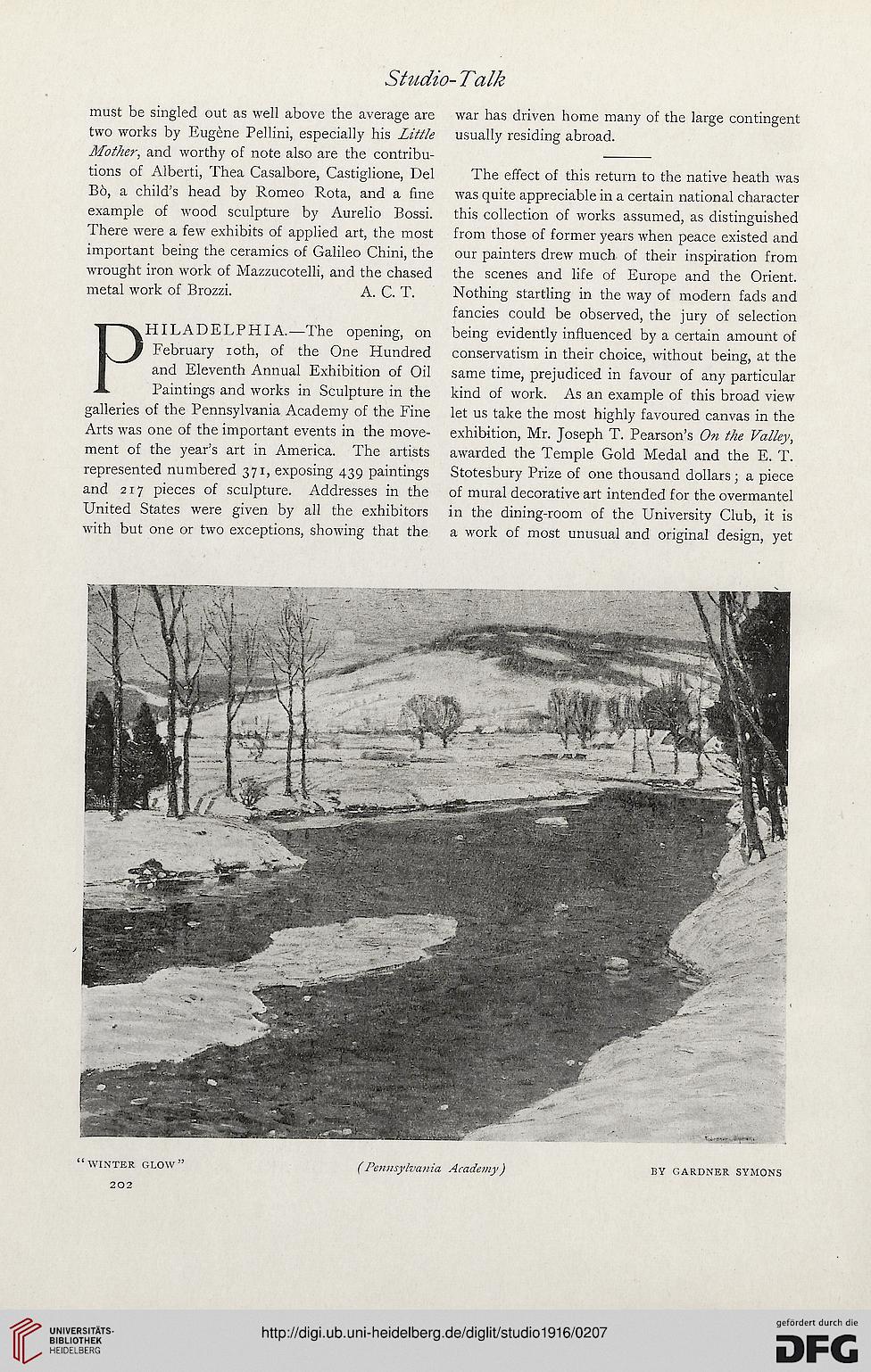 must be singled out as well above the average are
two works by Eugene Pellini, especially his Little
Mother, and worthy of note also are the contribu-
tions of Alberti, Thea Casalbore, Castiglione, Del
B6, a child’s head by Romeo Rota, and a fine
example of wood sculpture by Aurelio Bossi.
There were a few exhibits of applied art, the most
important being the ceramics of Galileo Chini, the
wrought iron work of Mazzucotelli, and the chased
metal work of Brozzi. A. C. T.

February ioth, of the One Hundred
and Eleventh Annual Exhibition of Oil
Paintings and works in Sculpture in the
galleries of the Pennsylvania Academy of the Fine
Arts was one of the important events in the move-
ment of the year’s art in America. The artists
represented numbered 371, exposing 439 paintings
and 217 pieces of sculpture. Addresses in the
United States were given by all the exhibitors
with but one or two exceptions, showing that the

war has driven home many of the large contingent
usually residing abroad.

The effect of this return to the native heath was
was quite appreciable in a certain national character
this collection of works assumed, as distinguished
from those of former years when peace existed and
our painters drew much of their inspiration from
the scenes and life of Europe and the Orient.
Nothing startling in the way of modern fads and
fancies could be observed, the jury of selection
being evidently influenced by a certain amount of
conservatism in their choice, without being, at the
same time, prejudiced in favour of any particular
kind of work. As an example of this broad view
let us take the most highly favoured canvas in the
exhibition, Mr. Joseph T. Pearson’s On the Valley,
awarded the Temple Gold Medal and the E. T.
Stotesbury Prize of one thousand dollars; a piece
of mural decorative art intended for the overmantel
in the dining-room of the University Club, it is
a work of most unusual and original design, yet