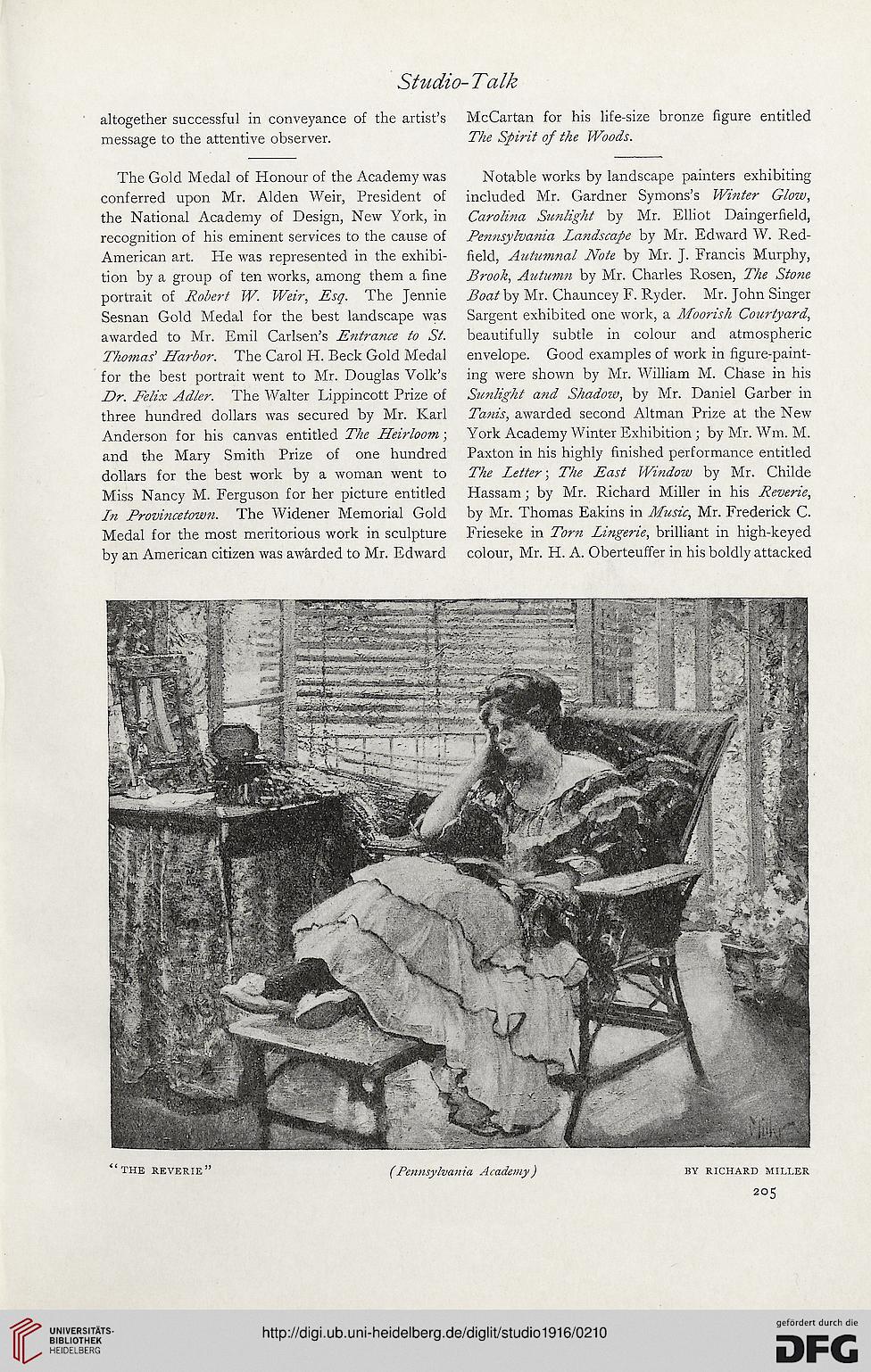 altogether successful in conveyance of the artist’s
message to the attentive observer.

The Gold Medal of Honour of the Academy was
conferred upon Mr. Alden Weir, President of
the National Academy of Design, New York, in
recognition of his eminent services to the cause of
American art. He was represented in the exhibi-
tion by a group of ten works, among them a fine
portrait of Robert W. Weir, Esq. The Jennie
Sesnan Gold Medal for the best landscape was
awarded to Mr. Emil Carlsen’s Entrance to St.
Thomas' Harbor. The Carol H. Beck Gold Medal
for the best portrait went to Mr. Douglas Yolk’s
Dr. Felix Adler. The Walter Lippincott Prize of
three hundred dollars was secured by Mr. Karl
Anderson for his canvas entitled The Heirloom;
and the Mary Smith Prize of one hundred
dollars for the best work by a woman went to
Miss Nancy M. Ferguson for her picture entitled
In Provincetown. The Widener Memorial Gold
Medal for the most meritorious work in sculpture
by an American citizen was awarded to Mr. Edward

McCartan for his life-size bronze figure entitled
The Spirit of the Woods.