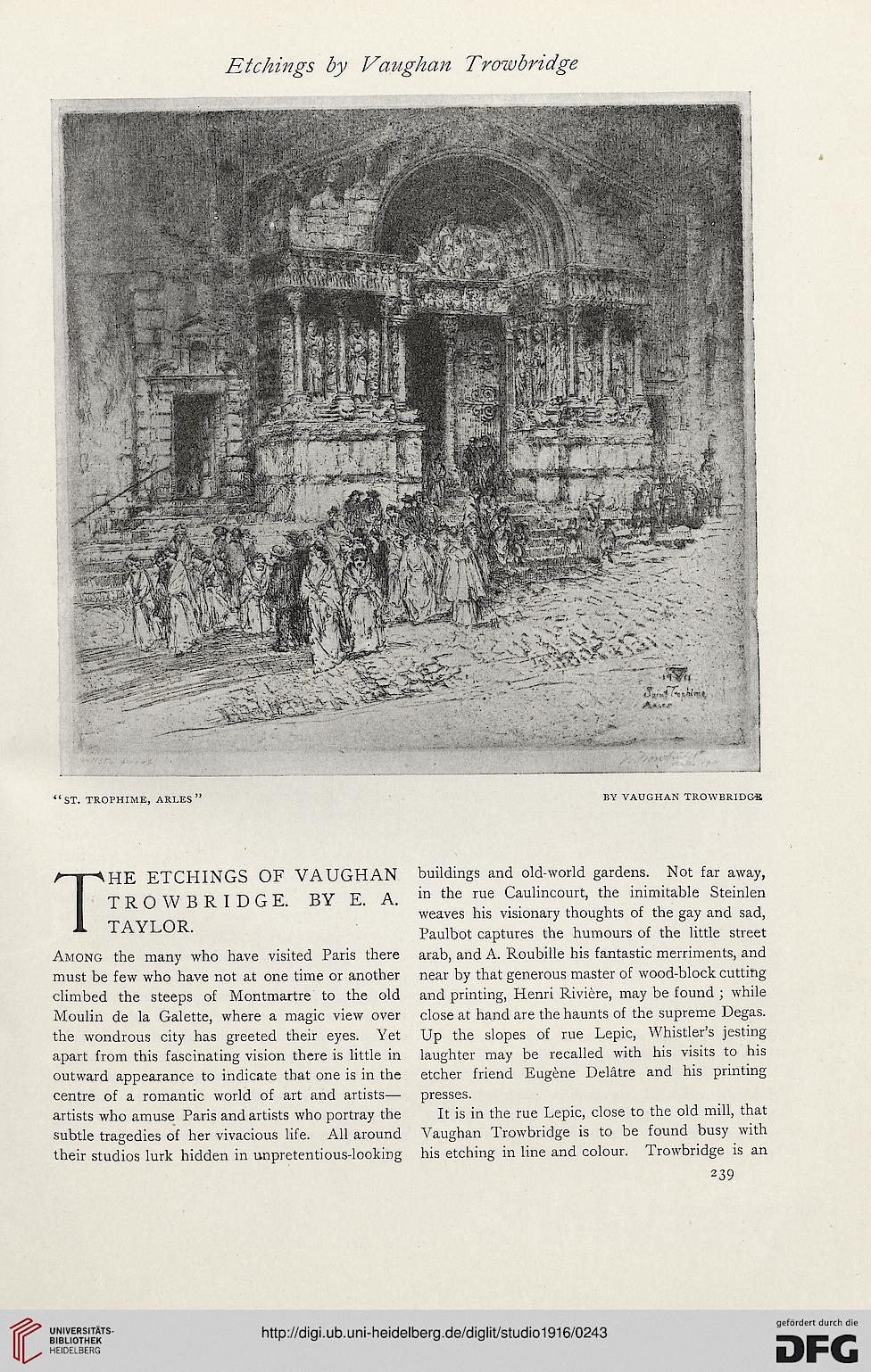 The etchings of vaughan

TROWBRIDGE. BY E. A.
TAYLOR.

Among the many who have visited Paris there
must be few who have not at one time or another
climbed the steeps of Montmartre to the old
Moulin de la Galette, where a magic view over
the wondrous city has greeted their eyes. Yet
apart from this fascinating vision there is little in
outward appearance to indicate that one is in the
centre of a romantic world of art and artists—
artists who amuse Paris and artists who portray the
subtle tragedies of her vivacious life. All around
their studios lurk hidden in unpretentious-looking

buildings and old-world gardens. Not far away,
in the rue Caulincourt, the inimitable Steinlen
weaves his visionary thoughts of the gay and sad,
Paulbot captures the humours of the little street
arab, and A. Roubille his fantastic merriments, and
near by that generous master of wood-block cutting
and printing, Henri Riviere, may be found ; while
close at hand are the haunts of the supreme Degas.
Up the slopes of rue Lepic, Whistler’s jesting
laughter may be recalled with his visits to his
etcher friend Eugene Delatre and his printing
presses.

It is in the rue Lepic, close to the old mill, that
Vaughan Trowbridge is to be found busy with
his etching in line and colour. Trowbridge is an