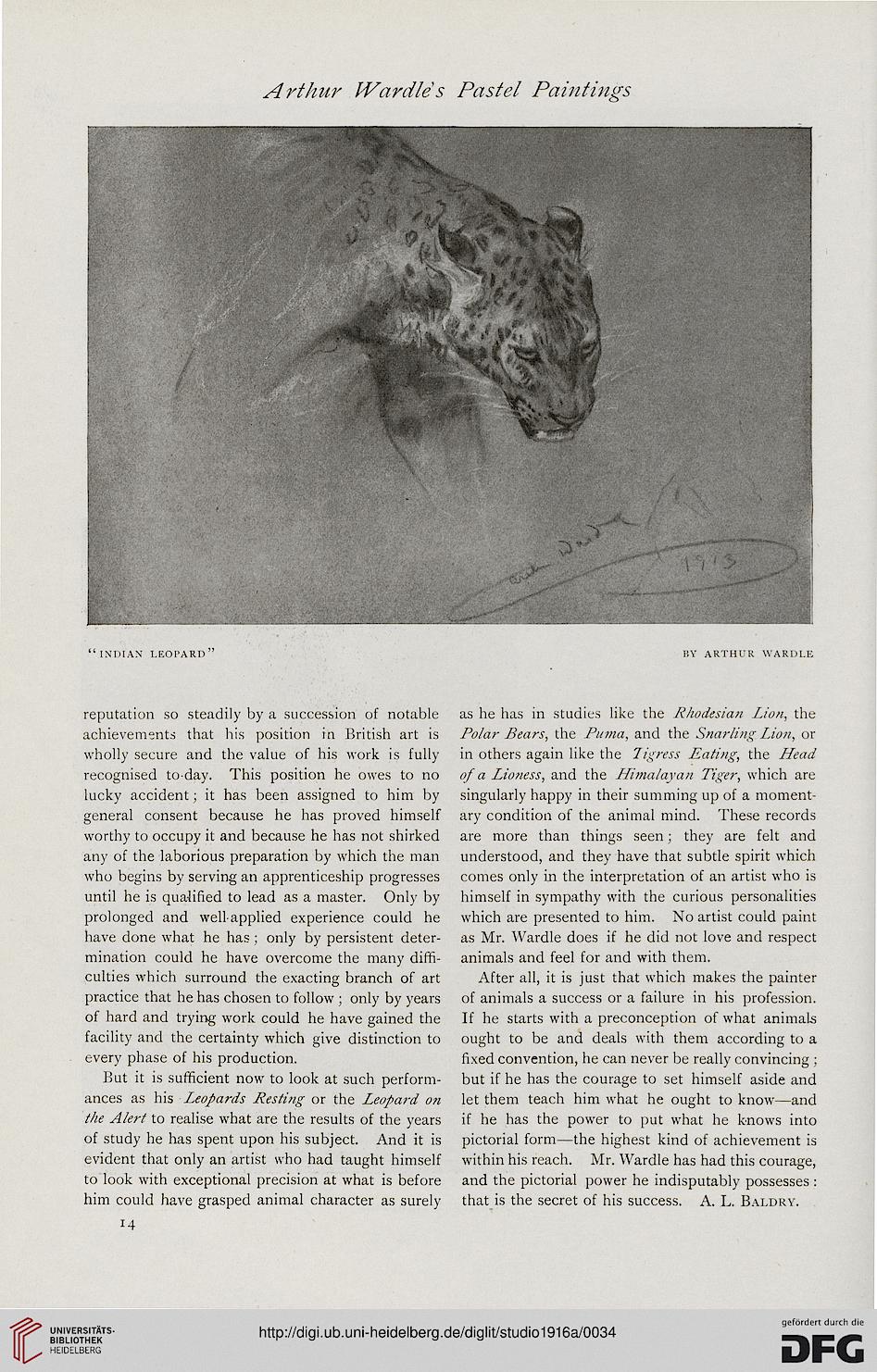 reputation so steadily by a succession of notable as he has in studies like the Rhodesian Lion, the
achievements that his position i n British art is Polar Bears, the Puma, and the Snarling Lion, or
wholly secure and the value of his work is fully in others again like the Tigress Eating, the Head
recognised to-day. This position he owes to no of a Lioness, and the Himalayan Tiger, which are
lucky accident; it has been assigned to him by singularly happy in their summing up of a moment-
general consent because he has proved himself ary condition of the animal mind. These records
worthy to occupy it and because he has not shirked are more than things seen ; they are felt and
any of the laborious preparation by which the man understood, and they have that subtle spirit which
who begins by serving an apprenticeship progresses comes only in the interpretation of an artist who is
until he is qualified to lead as a master. Only by himself in sympathy with the curious personalities
prolonged and well-applied experience could he which are presented to him. No artist could paint
have done what he has ; only by persistent deter- as Mr. Wardle does if he did not love and respect
mination could he have overcome the many diffi- animals and feel for and with them,
culties which surround the exacting branch of art After all, it is just that which makes the painter
practice that he has chosen to follow ; only by years of animals a success or a failure in his profession,
of hard and trying work could he have gained the If he starts with a preconception of what animals
facility and the certainty which give distinction to ought to be and deals with them according to a
every phase of his production. fixed convention, he can never be really convincing ;

of study he has spent upon his subject. And it is pictorial form—the highest kind of achievement is

evident that only an artist who had taught himself within his reach. Mr. Wardle has had this courage,

to look with exceptional precision at what is before and the pictorial power he indisputably possesses :

him could have grasped animal character as surely that is the secret of his success. A. L. Baldry.