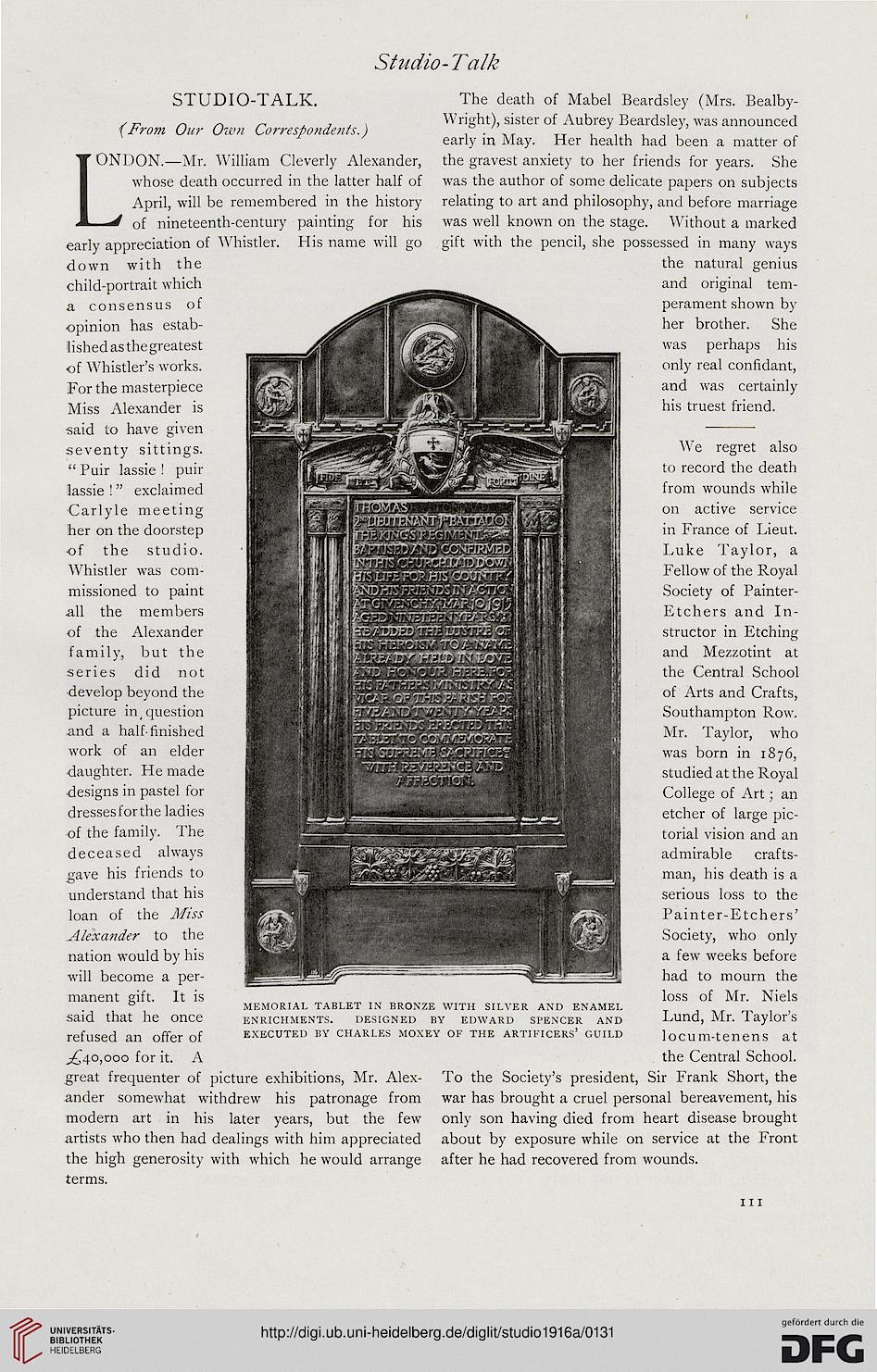 early m May. Her health had been a matter of

CDON.—Mr. William Cleverly Alexander, the gravest anxiety to her friends for years. She

April, will be remembered in the history relating to art and philosophy, and before marriage

of nineteenth-century painting for his was well known on the stage. Without a marked

early appreciation of Whistler. His name will go gift with the pencil, she possessed in many ways
down with the the natural genius

child-portrait which ^^^^^^ and original tem-

series did not the Central School

manent gift. It is loss of Mr. Niels

° memorial tablet in bronze with silver and enamel

said that he once enrichments. designed by edward spencer and Lund, Mr. Taylor's
refused an offer of executed by charles moxey of the artificers' guild locum-tenens at

ander somewhat withdrew his patronage from war has brought a cruel personal bereavement, his

modern art in his later years, but the few only son having died from heart disease brought

the high generosity with which he would arrange after he had recovered from wounds,
terms.