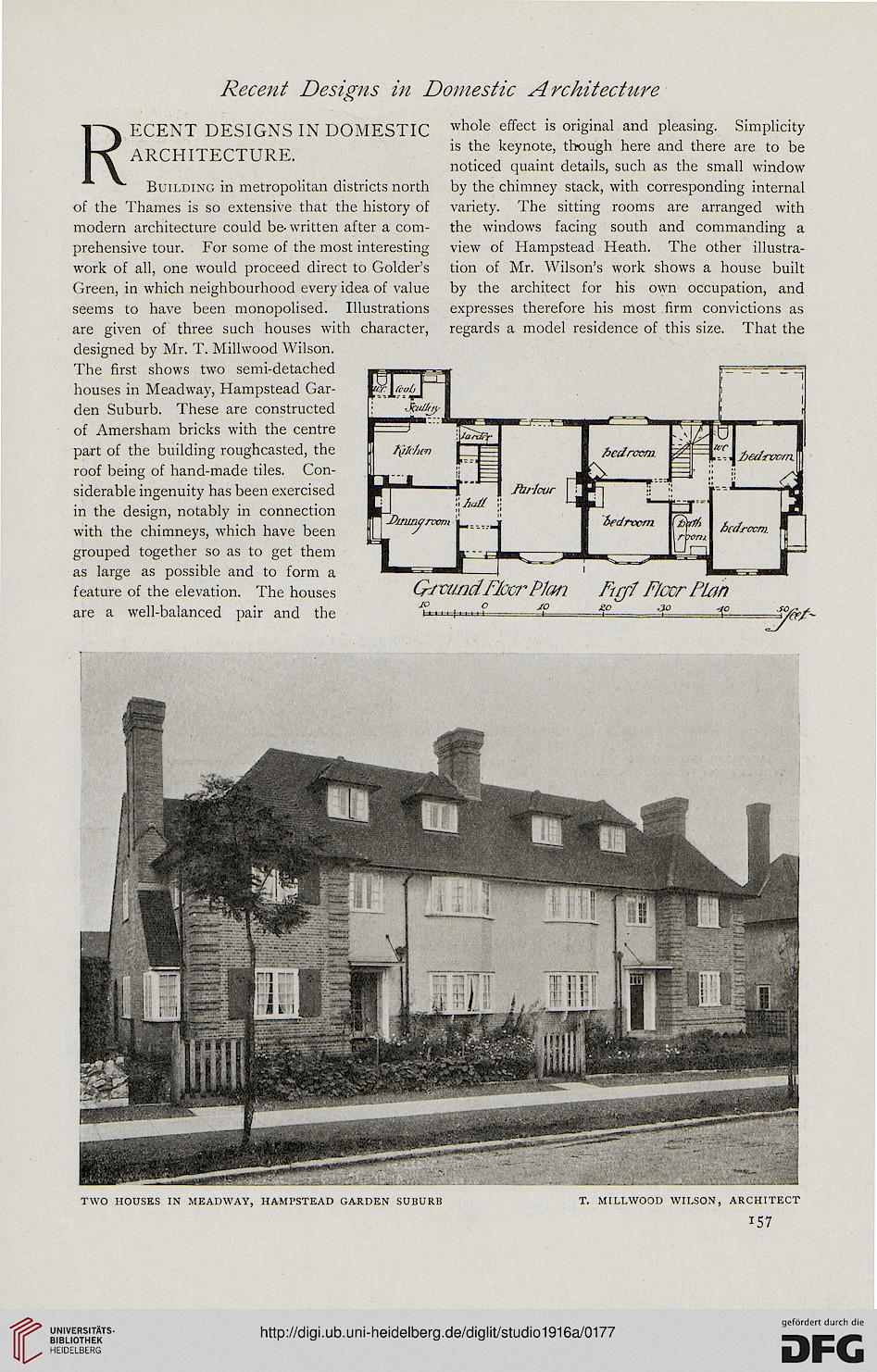 RECENT DESIGNS IN DOMESTIC whole effect is original and pleasing. Simplicity
is the keynote, though here and there are to be
AKtnUliLl UKli, , , ■ .

noticed quamt details, such as the small window
Building in metropolitan districts north by the chimney stack, with corresponding internal
of the Thames is so extensive that the history of variety. The sitting rooms are arranged with
modern architecture could be-written after a com- the windows facing south and commanding a
prehensive tour. For some of the most interesting view of Hampstead Heath. The other illustra-
work of all, one would proceed direct to Golder's tion of Mr. Wilson's work shows a house built
Green, in which neighbourhood every idea of value by the architect for his own occupation, and
seems to have been monopolised. Illustrations expresses therefore his most firm convictions as
are given of three such houses with character, regards a model residence of this size. That the
designed by Mr. T. Millwood Wilson.
The first shows two semi-detached
houses in Meadway, Hampstead Gar-
den Suburb. These are constructed
of Amersham bricks with the centre
part of the building roughcasted, the
roof being of hand-made tiles. Con-
siderable ingenuity has been exercised
in the design, notably in connection
with the chimneys, which have been
grouped together so as to get them
as large as possible and to form a
feature of the elevation. The houses Q/vundFloor Pkm Firjf Floor Plan
are a well-balanced pair and the £ £ g 1° fffr/