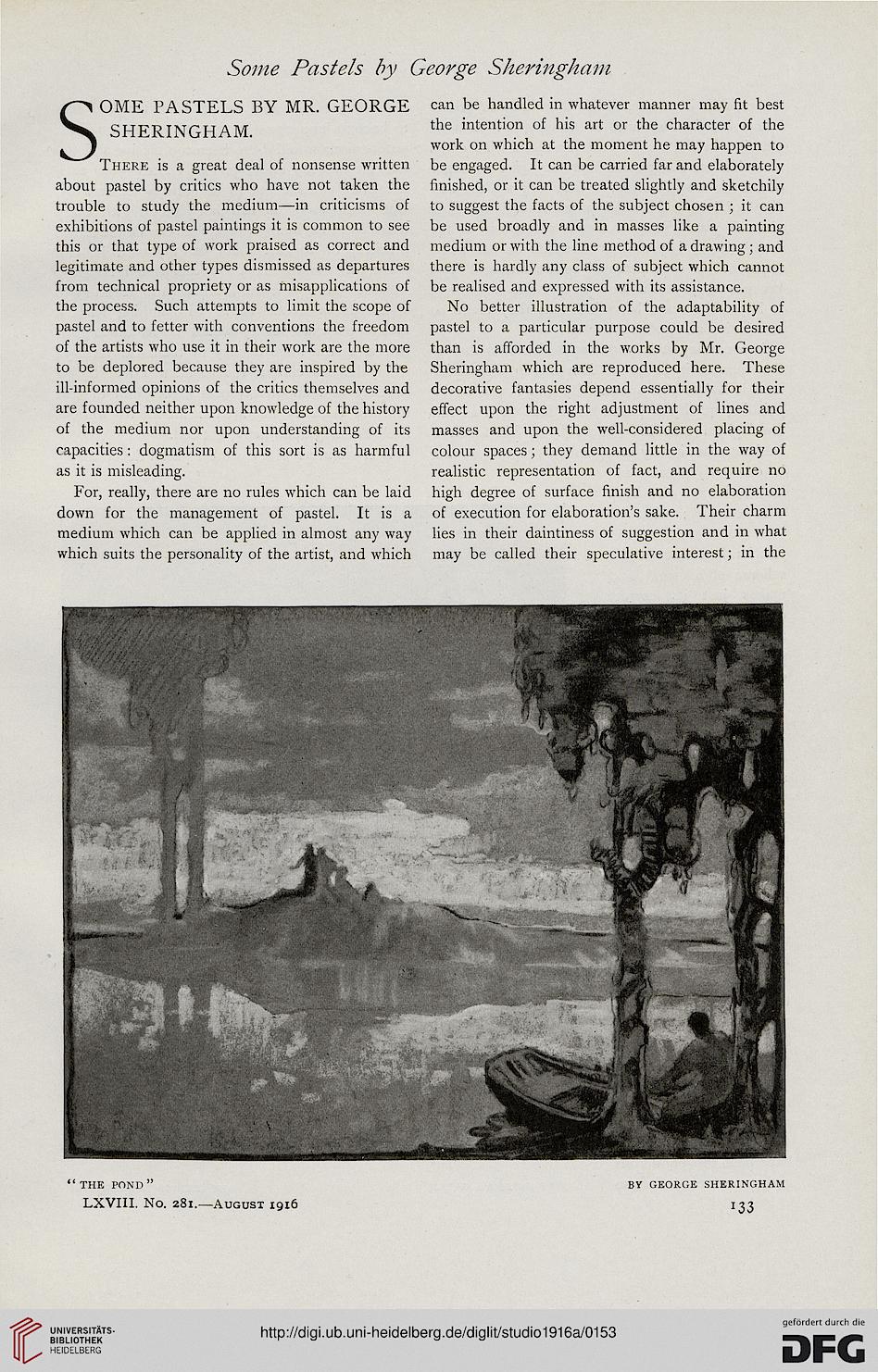 Information about OCR text
Some Pastels by George Sheringham

SOME PASTELS BY MR. GEORGE can be handled in whatever manner may fit best

There is a great deal of nonsense written be engaged. It can be carried far and elaborately

about pastel by critics who have not taken the finished, or it can be treated slightly and sketchily

trouble to study the medium—in criticisms of to suggest the facts of the subject chosen ; it can

this or that type of work praised as correct and medium or with the line method of a drawing ; and

from technical propriety or as misapplications of be realised and expressed with its assistance,

the process. Such attempts to limit the scope of No better illustration of the adaptability of

of the artists who use it in their work are the more than is afforded in the works by Mr. George

to be deplored because they are inspired by the Sheringham which are reproduced here. These

capacities: dogmatism of this sort is as harmful colour spaces; they demand little in the way of

as it is misleading. realistic representation of fact, and require no

For, really, there are no rules which can be laid high degree of surface finish and no elaboration

down for the management of pastel. It is a of execution for elaboration's sake. Their charm

which suits the personality of the artist, and which may be called their speculative interest; in the