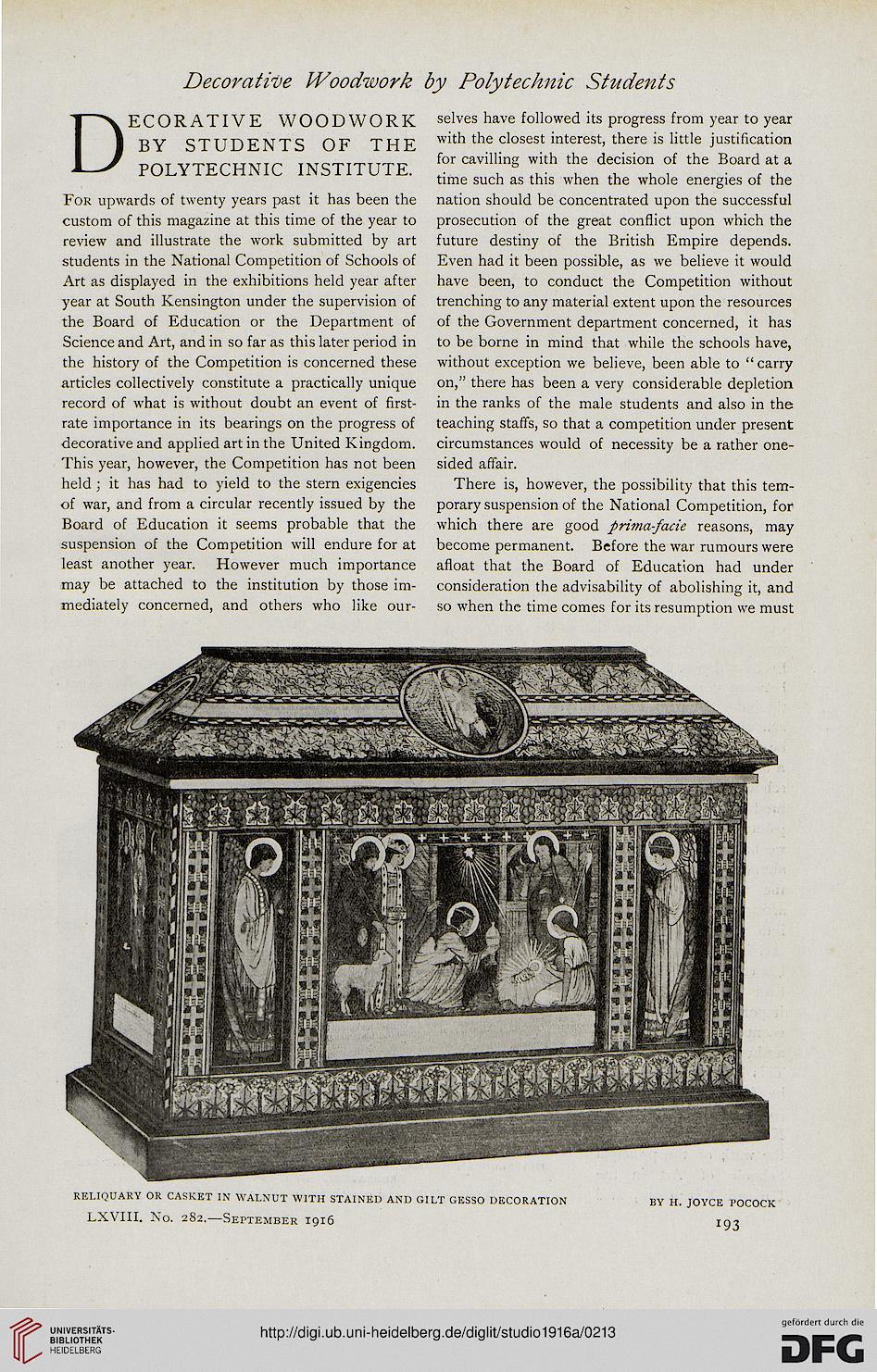 DECORATIVE WOODWORK
BY STUDENTS OF THE
POLYTECHNIC INSTITUTE.

For upwards of twenty years past it has been the
custom of this magazine at this time of the year to
review and illustrate the work submitted by art
students in the National Competition of Schools of
Art as displayed in the exhibitions held year after
year at South Kensington under the supervision of
the Board of Education or the Department of
Science and Art, and in so far as this later period in
the history of the Competition is concerned these
articles collectively constitute a practically unique
record of what is without doubt an event of first-
rate importance in its bearings on the progress of
decorative and applied art in the United Kingdom.
This year, however, the Competition has not been
held ; it has had to yield to the stern exigencies
of war, and from a circular recently issued by the
Board of Education it seems probable that the
suspension of the Competition will endure for at
least another year. However much importance
may be attached to the institution by those im-
mediately concerned, and others who like our-

selves have followed its progress from year to year
with the closest interest, there is little justification
for cavilling with the decision of the Board at a
time such as this when the whole energies of the
nation should be concentrated upon the successful
prosecution of the great conflict upon which the
future destiny of the British Empire depends.
Even had it been possible, as we believe it would
have been, to conduct the Competition without
trenching to any material extent upon the resources
of the Government department concerned, it has
to be borne in mind that while the schools have,
without exception we believe, been able to " carry
on," there has been a very considerable depletion
in the ranks of the male students and also in the
teaching staffs, so that a competition under present
circumstances would of necessity be a rather one-
sided affair.

There is, however, the possibility that this tem-
porary suspension of the National Competition, for
which there are good prima-facie reasons, may
become permanent. Before the war rumours were
afloat that the Board of Education had under
consideration the advisability of abolishing it, and
so when the time comes for its resumption we must