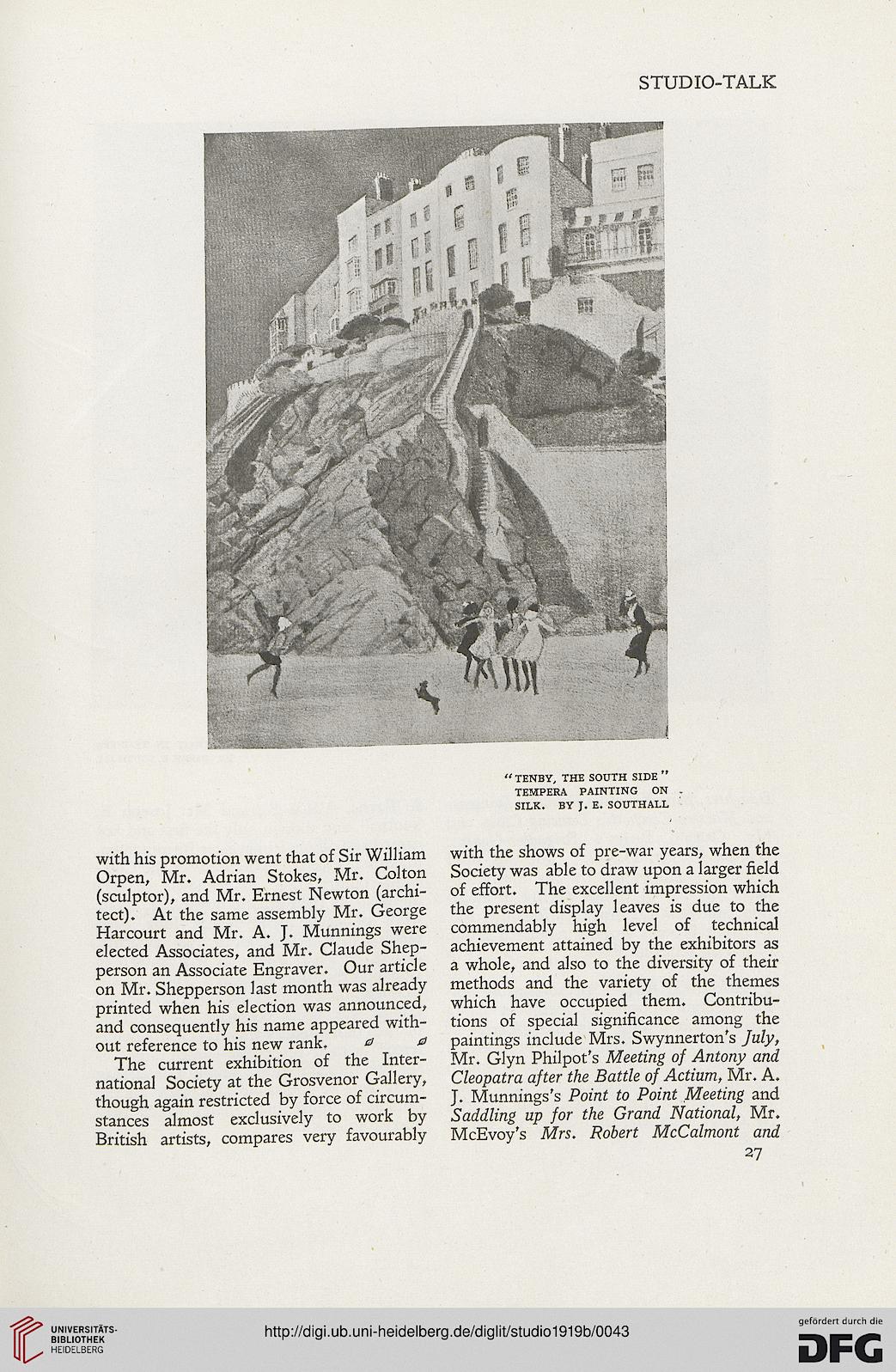 with his promotion went that of Sir William
Orpen, Mr. Adrian Stokes, Mr. Colton
(sculptor), and Mr. Ernest Newton (archi-
tect). At the same assembly Mr. George
Harcourt and Mr. A. J. Munnings were
elected Associates, and Mr. Claude Shep-
person an Associate Engraver. Our article
on Mr. Shepperson last month was already
printed when his election was announced,
and consequently his name appeared with-
out reference to his new rank. 0 0

The current exhibition of the Inter-
national Society at the Grosvenor Gallery,
though again restricted by force of circum-
stances almost exclusively to work by
British artists, compares very favourably

"TENBY, THE SOUTH SIDE ”

with the shows of pre-war years, when the
Society was able to draw upon a larger field
of effort. The excellent impression which
the present display leaves is due to the
commendably high level of technical
achievement attained by the exhibitors as
a whole, and also to the diversity of their
methods and the variety of the themes
which have occupied them. Contribu-
tions of special significance among the
paintings include Mrs. Swynnerton's July,
Mr. Glyn Philpot's Meeting of Antony and.
Cleopatra after the Battle of Actium, Mr. A.
J. Munnings's Point to Point Meeting and
Saddling up for the Grand National, Mr.
McEvoy’s Mrs. Robert McCalmont and