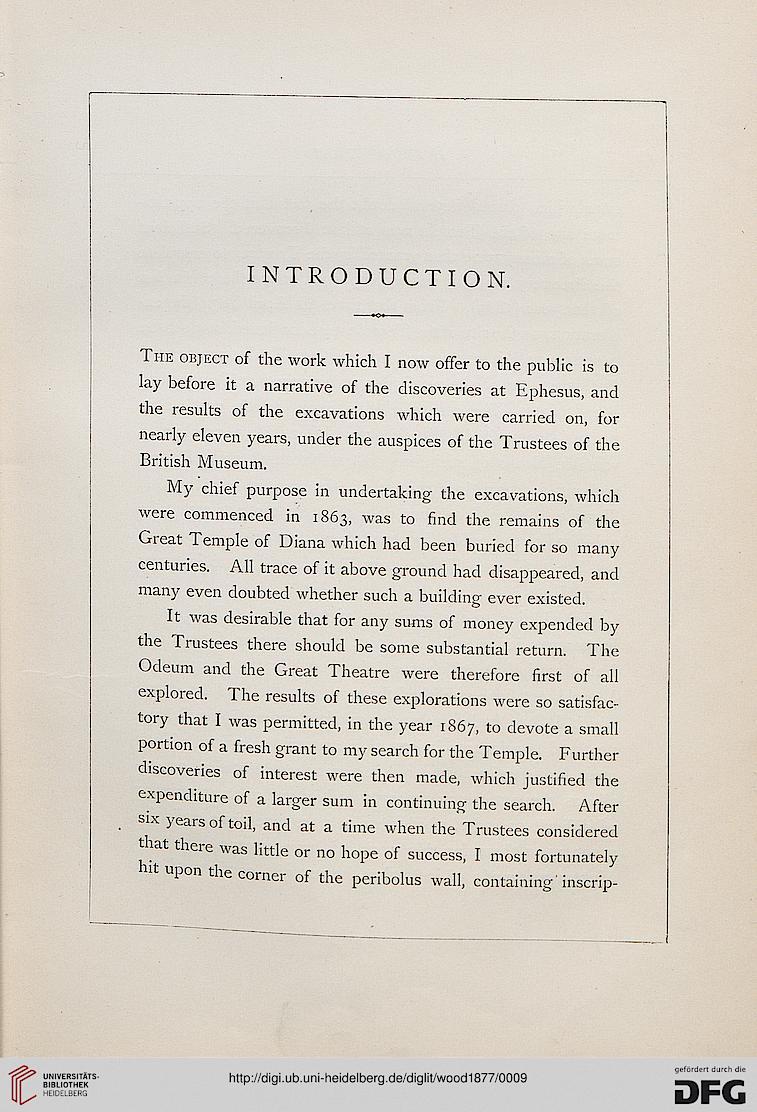 The object of the work which I now offer to the public is to
lay before it a narrative of the discoveries at Ephesus, and
the results of the excavations which were carried on, for
nearly eleven years, under the auspices of the Trustees of the
British Museum.

My chief purpose in undertaking the excavations, which
were commenced in 1863, was to find the remains of the
Great Temple of Diana which had been buried for so many
centuries. All trace of it above ground had disappeared, and
many even doubted whether such a building ever existed.

It was desirable that for any sums of money expended by
the Trustees there should be some substantial return. The
Odeum and the Great Theatre were therefore first of all
explored. The results of these explorations were so satisfac-
tory that I was permitted, in the year 1867, to devote a small
portion of a fresh grant to my search for the Temple. Further
discoveries of interest were then made, which justified the
expenditure of a larger sum in continuing the search. After
six years of toil, and at a time when the Trustees considered
that there was little or no hope of success, I most fortunately
hit upon the corner of the peribolus wall, containing'inscrip-