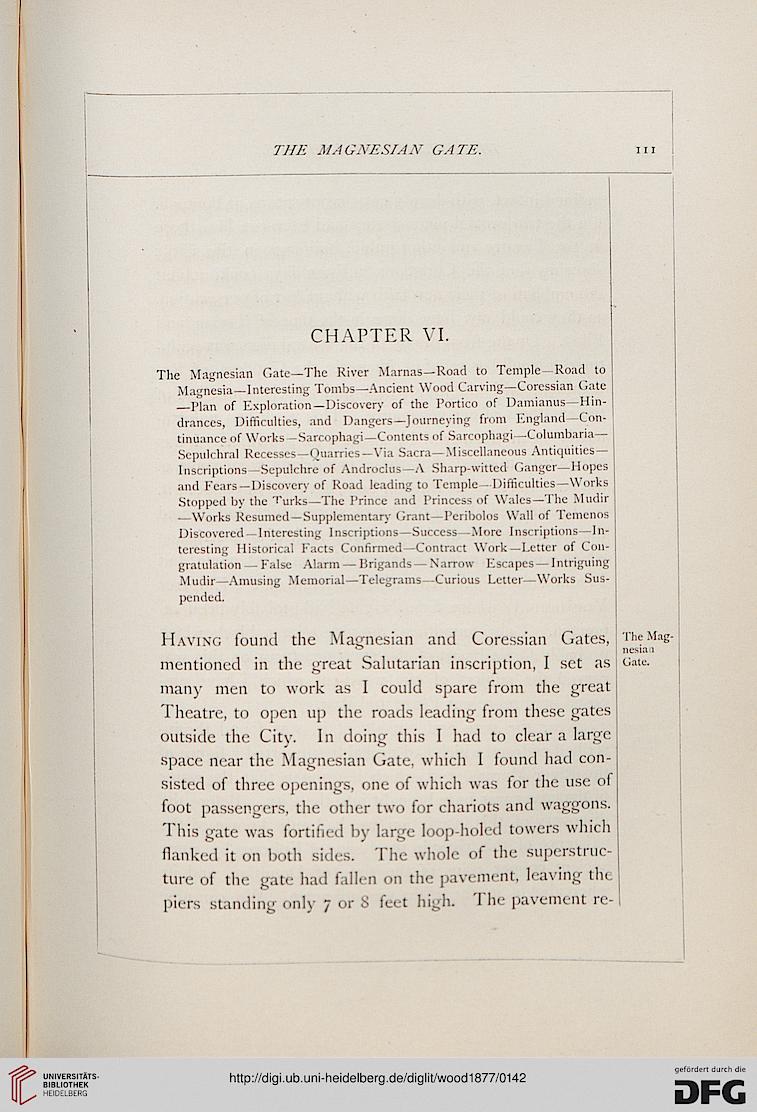 Having found the Magnesian and Coressian Gates,
mentioned in tin- great Salutarian inscription, I set as Gate.
many men to work as I could spare from the great
I heatre, to open up the roads leading from these gates
outside the City. In doing this I had to clear a large
space near the Magnesian Gate, which I found had con-
sisted of three openings, one of which was for the use of
foot passengers, tin- other two for chariots and waggons.
This -ate was fortified by large loop-holed towers which
flanked it on both sides. The whole of the- superstruc-
ture of the gate had fallen on the pavement, leaving th<
piers Mantling only 7 1 1 high. The pavement re-