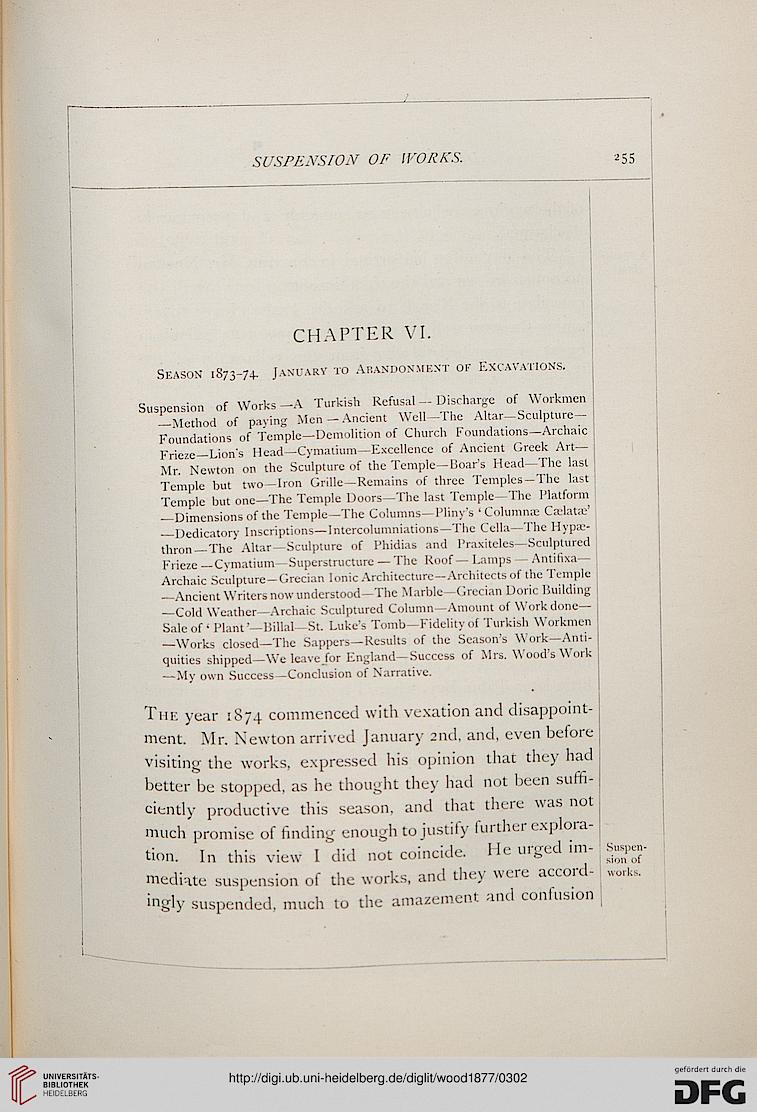 Season" 1873-74. January to Abandonment of Excavations.

I HE year 1874 commenced with vexation and disappoint-
ment. Mr, Newton arrived January 2nd. and, even before
visiting the works, expressed his opinion that they had
better be stopped, as he thought they had not been suffi-
ciently productive this season, and that there was not
much promise of finding enough to justify further explora-
tion. In this view 1 did not coincide. He urged im-
mediate suspension of the works, and they were accord-
ingly suspended, much to the amazement and confusion