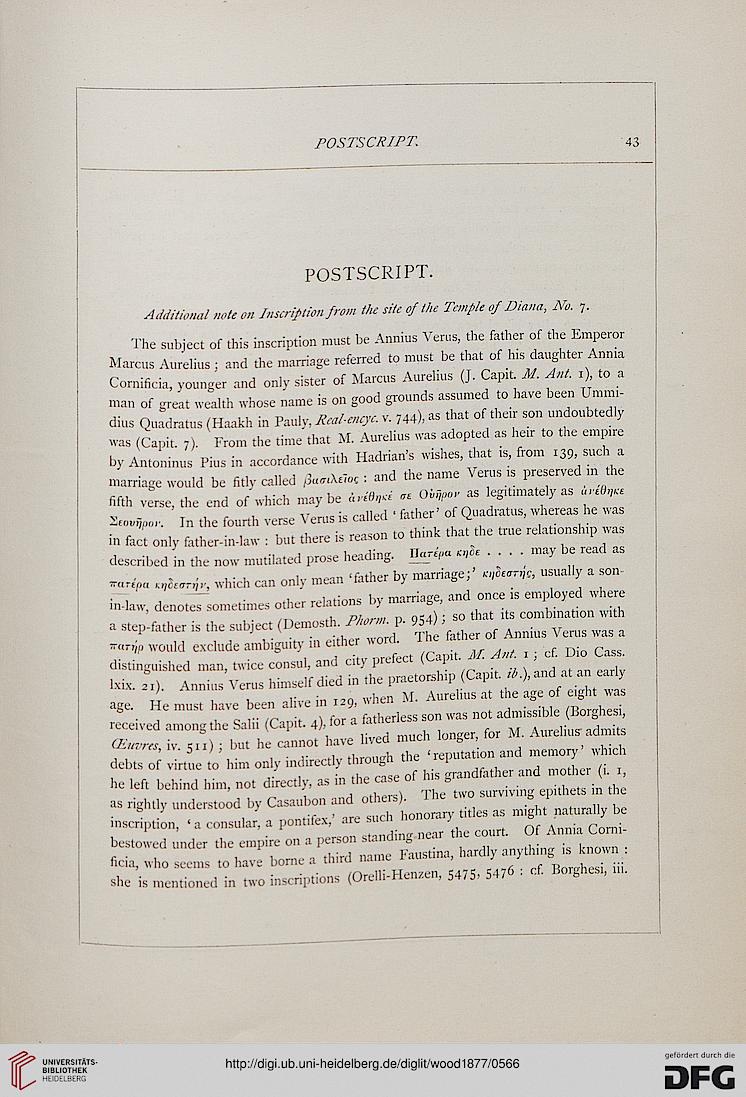 Additional note on Inscription from the site of the Temple of Diana, No. 7.
The subject of this inscription must be Annius Verus, the father of the Emperor
Marcus Aurelius ; and the marriage referred to must be that of his daughter Anma
Cornificia, younger and onlv sister of Marcus Aurelius (J. Capit M. Ant. 1) to a
man of great wealth whose name is on good grounds assumed to have been Ummi-
dius Quadratus (Haakh in Pauly. Keal-encyc. v. 744), as that of then- son undoubtedly
was (Capit. 7). From the time that M. Aurelius was adopted as heir to the empire

by Antoninus Pius in accordance with Hadrians wisne*, , oj, _

fifth verse, the end of which maybe k** « 0^ as legitimately as .rdfe.

in fact only father-in-law : but there is reason to think that the true relationship was
described in the now mutilated prose heading. VariPa qfc .... may be read as
«ariP„ u,a^„ which can only mean 'father by marriage;' ,„W, usually a son-

ffiW, iv. 511) ; but he cannot have lived ,nuch g
debts of virtue to him only indirectly through the reputation

as rightly understood by C~^>J£ titles as Jght naturally be
inscription, ' a consular, a pont.fex, are uc Corni_

bestowed under the empire on a person standing near co