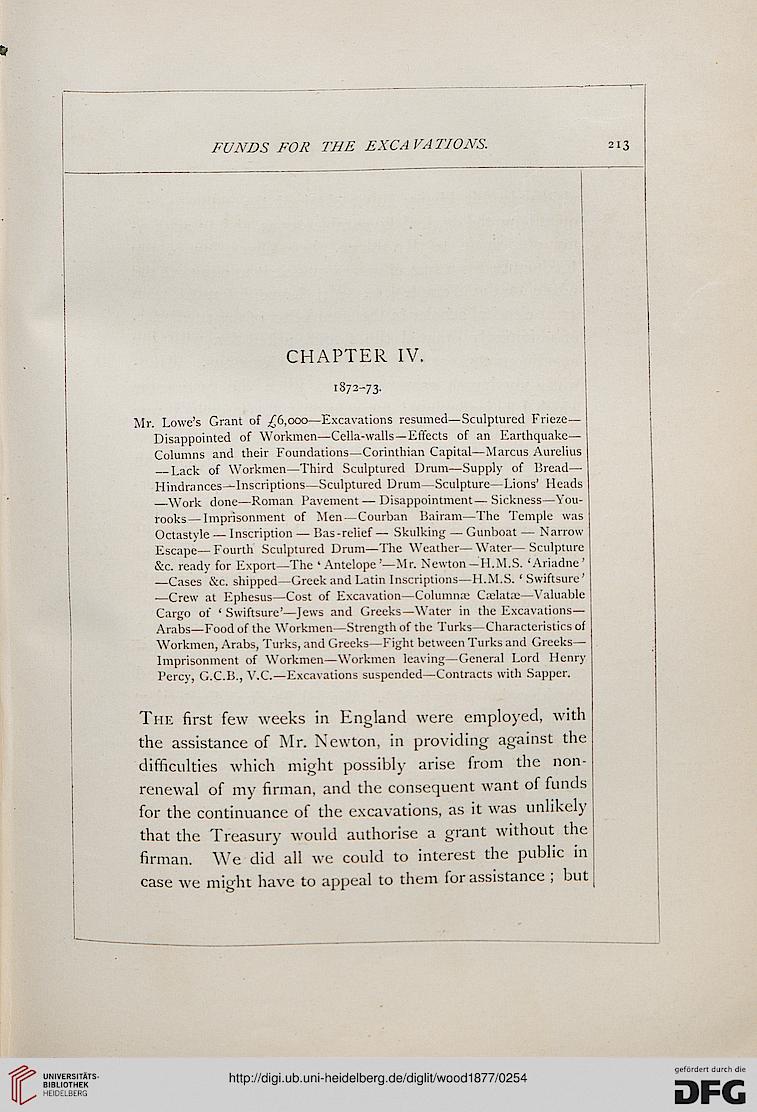 Information about OCR text
FUNDS FOR THE EXCAVATIONS.

The first few weeks in England were employed, with
the assistance of Mr. Newton, in providing against the:
difficulties which might possibly arise from the non-
renewal of my firman, and the consequent want of funds
for the continuance of the excavations, as it was unlikely
that the Treasury would authorise a grant without the
firman. We did all we could to interest the public in
case we might have to appeal to them for assistance ; but