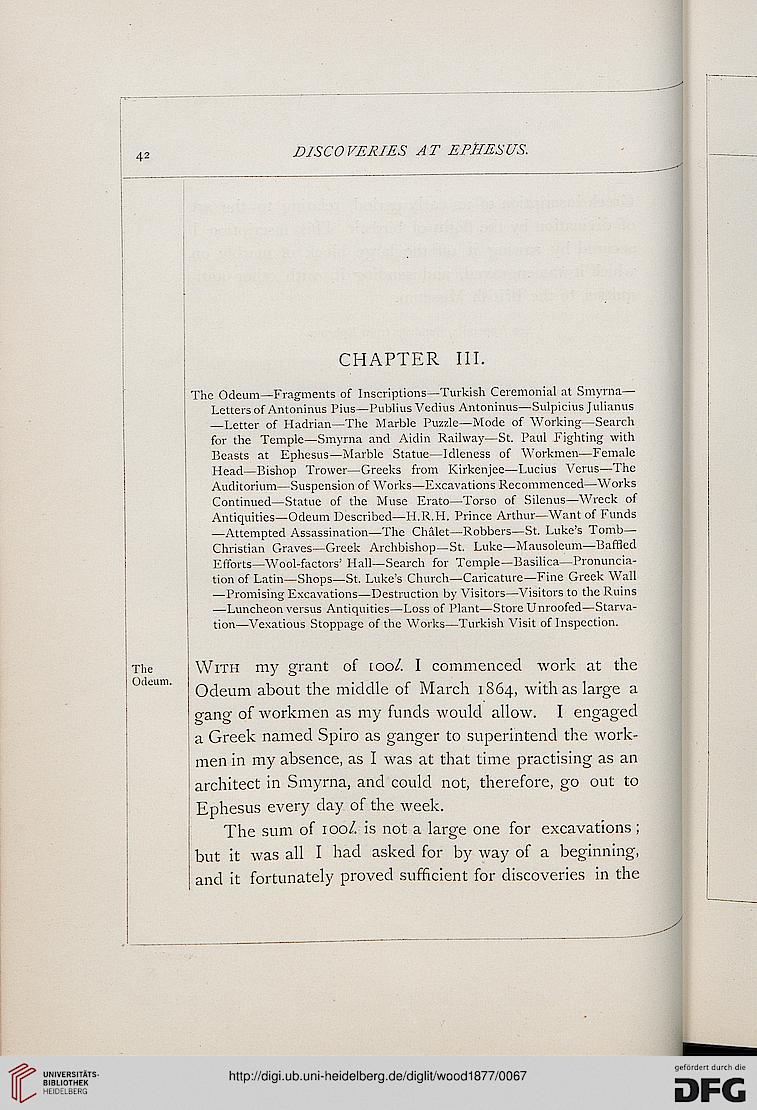 Information about OCR text
The
Odeum.

With my grant of 100/. I commenced work at the
Odeum about the middle of March ] 864, Avith as large a
gang of workmen as my funds would allow. I engaged
a Greek named Spiro as ganger to superintend the work-
men in my absence, as I was at that time practising as an
architect in Smyrna, and could not, therefore, go out to
Ephesus every day of the week.

The sum of 100/. is not a large one for excavations ;
but it was all I had asked for by way of a beginning,
and it fortunately proved sufficient for discoveries in the