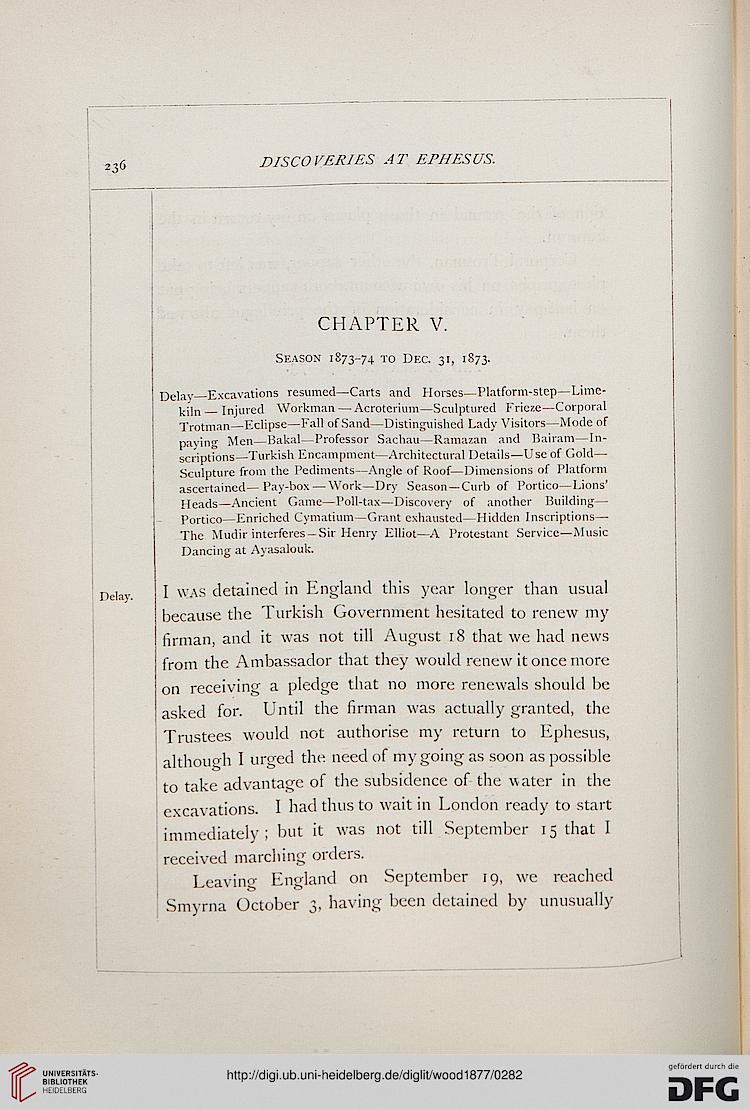 I was detained in England this year longer than usual
because the Turkish Government hesitated to renew my
firman, and it was not till August 18 that we had news
from the Ambassador that they would renew it once more
on receiving a pledge that no more renewals should be
asked for. Until the firman was actually granted, the
Trustees would not authorise my return to Ephesus,
althouo-h I urged the. need of my going as soon as possible
to take advantage of the subsidence of the water in the
excavations. I had thus to wait in London ready to start
immediately; but it was not till September 15 that 1
received marching orders.

Leaving England on September 19, we reached
Smyrna October 3, having been detained by unusually