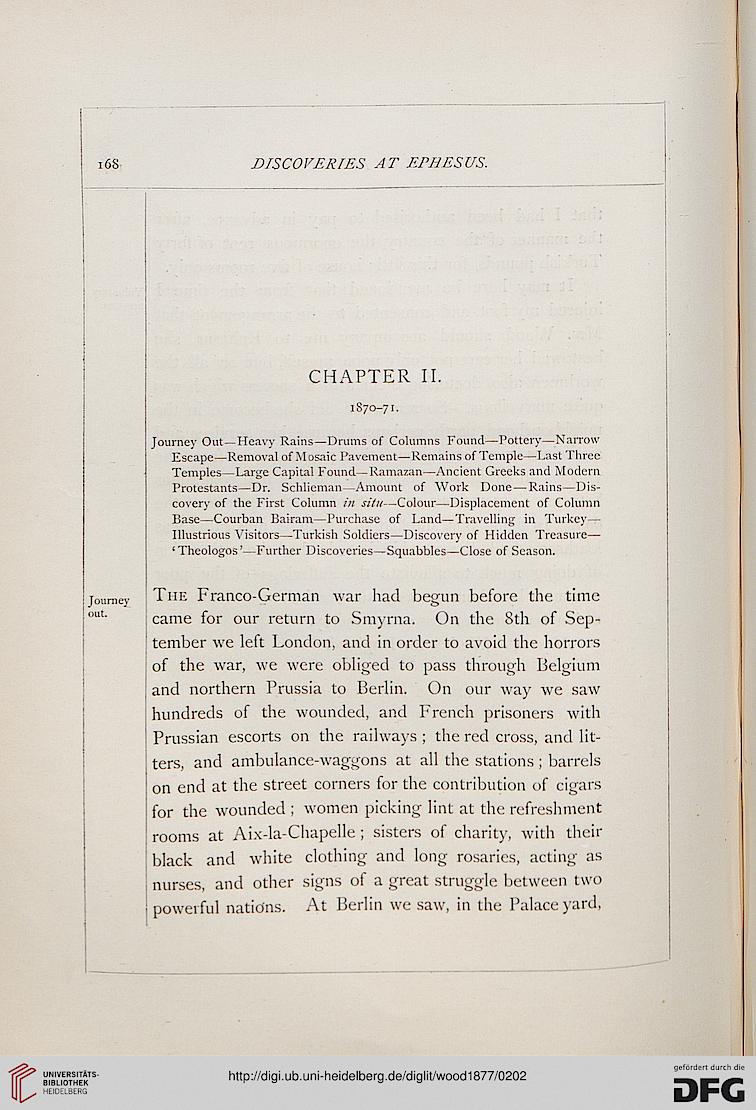 The Franco-German war had beeun before the time
came for our return to Smyrna. On the 8th of Sep-
tember we left London, and in order to avoid the horrors
of the war, we were obliged to pass through Belgium
and northern Prussia to Berlin. On our way we saw
hundreds of the wounded, and French prisoners with
Prussian escorts on the railways ; the red cross, and lit-
ters, and ambulance-waggons at all the stations ; barrels
on end at the street corners for the contribution of cigars
for the wounded ; women picking lint at the refreshment
rooms at Aix-la-Chapelle ; sisters of charity, with their
black and white clothing and long rosaries, acting as
nurses, and other signs of a great struggle between two
powerful nations. At Berlin we saw, in the Palaceyard,