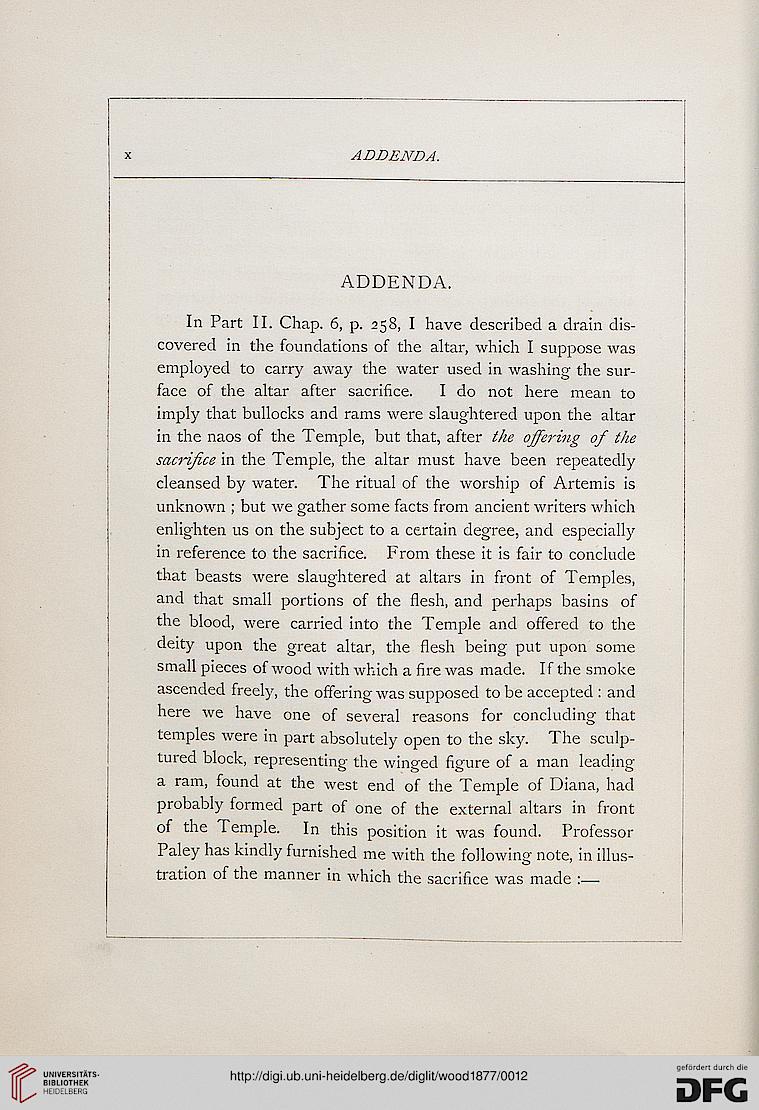 In Part II. Chap. 6, p. 258, I have described a drain dis-
covered in the foundations of the altar, which I suppose was
employed to carry away the water used in washing the sur-
face of the altar after sacrifice. I do not here mean to
imply that bullocks and rams were slaughtered upon the altar
in the naos of the Temple, but that, after the offering of the
sacrifice in the Temple, the altar must have been repeatedly
cleansed by water. The ritual of the worship of Artemis is
unknown ; but we gather some facts from ancient writers which
enlighten us on the subject to a certain degree, and especially
in reference to the sacrifice. From these it is fair to conclude
that beasts were slaughtered at altars in front of Temples,
and that small portions of the flesh, and perhaps basins of
the blood, were carried into the Temple and offered to the
deity upon the great altar, the flesh being put upon some
small pieces of wood with which a fire was made. If the smoke
ascended freely, the offering was supposed to be accepted : and
here we have one of several reasons for concluding that
temples were in part absolutely open to the sky. The sculp-
tured block, representing the winged figure of a man leading
a ram, found at the west end of the Temple of Diana, had
probably formed part of one of the external altars in front
of the Temple. In this position it was found. Professor
Paley has kindly furnished me with the following note, in illus-
tration of the manner in which the sacrifice was made :—