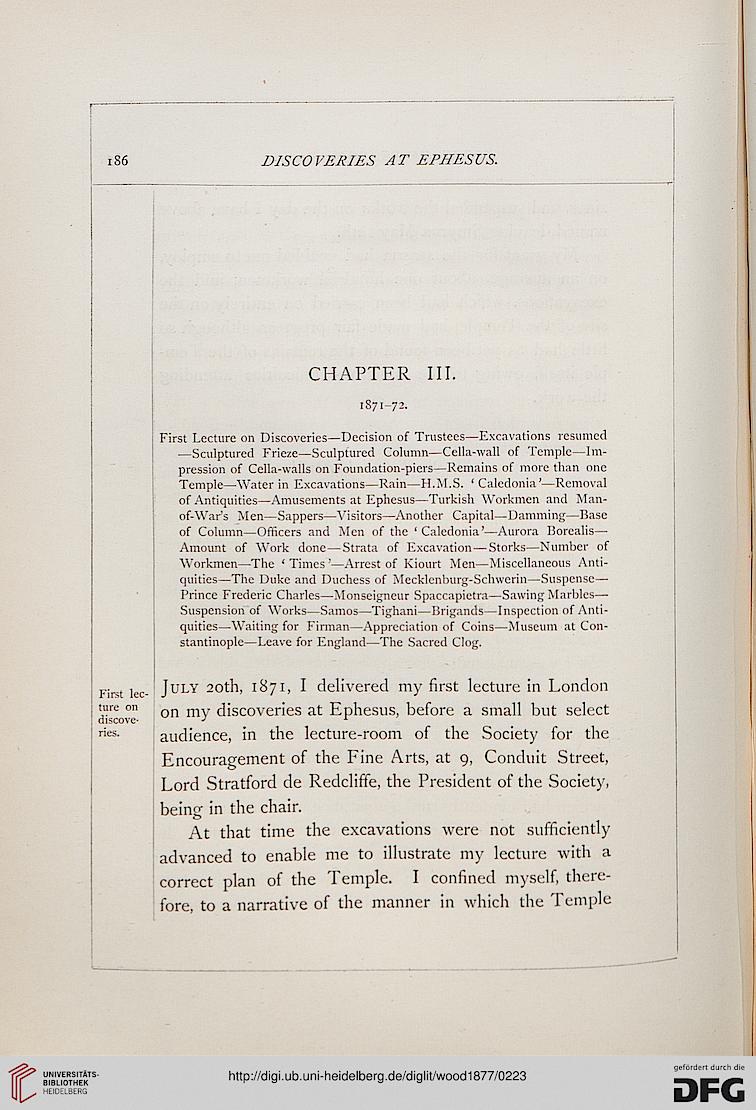 July 20th, 1871, I delivered my first lecture in London
on my discoveries at Ephesus, before a small but select
audience, in the lecture-room of the Society for the
Encouragement of the Fine Arts, at 9, Conduit Street,
Lord Stratford de Redcliffe, the President of the Society,
being in the chair.

At that time the excavations were not sufficiently
advanced to enable me to illustrate my lecture with a
correct plan of the Temple. I confined myself, there-
fore, to a narrative of the manner in which the Temple