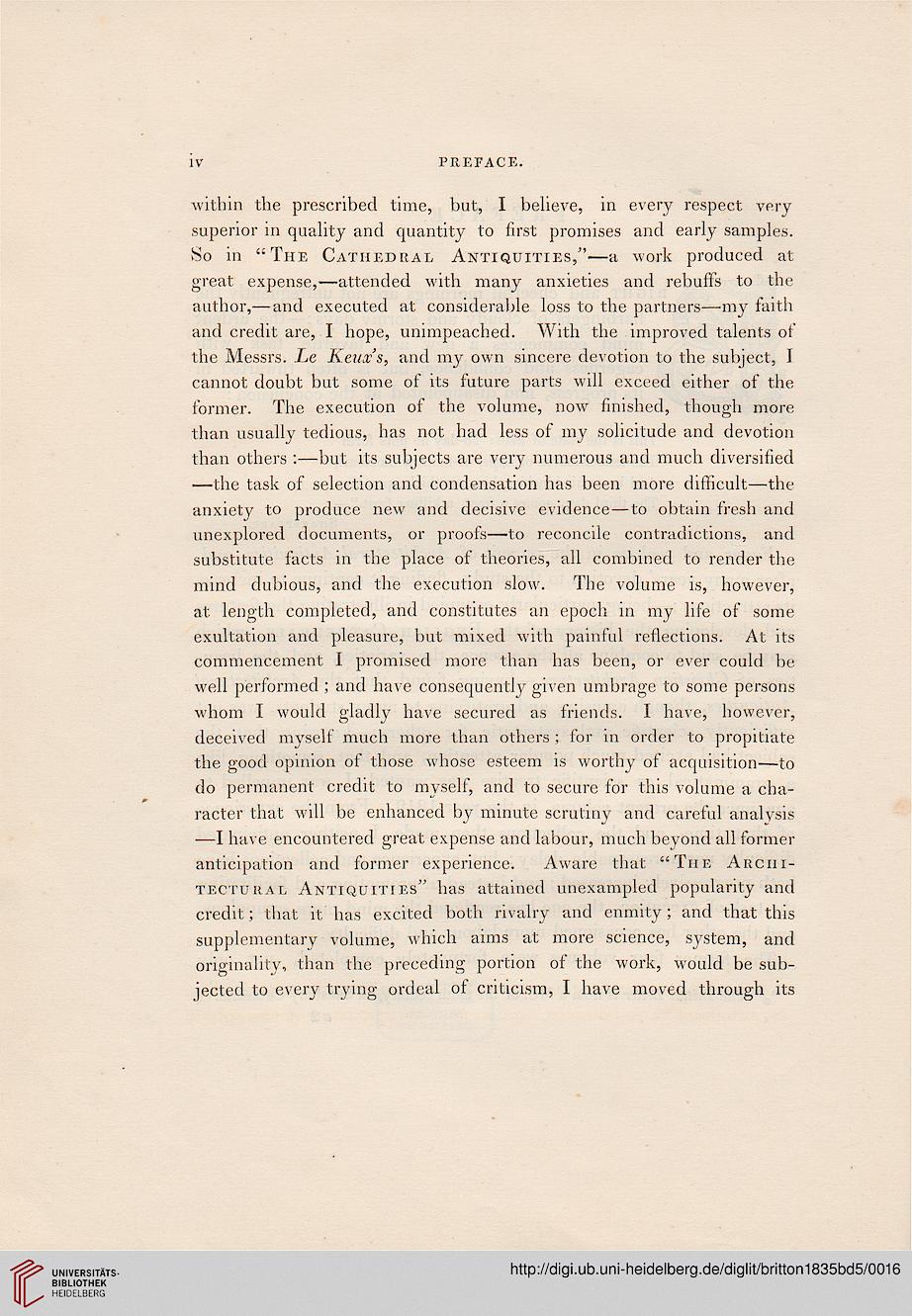 within the prescribed time, but, I believe, in every respect very
superior in quality and quantity to first promises and early samples.
80 in "The Cathedral Antiquities/'—a work produced at
great expense,—attended with many anxieties and rebuffs to the
author,— and executed at considerable loss to the partners—my faith
and credit are, I hope, unimpeached. With the improved talents of
the Messrs. Le Keux's, and my own sincere devotion to the subject, I
cannot doubt but some of its future parts will exceed either of the
former. The execution of the volume, now finished, though more
than usually tedious, has not had less of my solicitude and devotion
than others :—but its subjects are very numerous and much diversified
—the task of selection and condensation has been more difficult—the
anxiety to produce new and decisive evidence—to obtain fresh and
unexplored documents, or proofs—to reconcile contradictions, and
substitute facts in the place of theories, all combined to render the
mind dubious, and the execution slow. The volume is, however,
at length completed, and constitutes an epoch in my life of some
exultation and pleasure, but mixed with painful reflections. At its
commencement I promised more than has been, or ever could be
well performed ; and have consequently given umbrage to some persons
whom I would gladly have secured as friends. I have, however,
deceived myself much more than others ; for in order to propitiate
the good opinion of those whose esteem is worthy of acquisition—to
do permanent credit to myself, and to secure for this volume a cha-
racter that will be enhanced by minute scrutiny and careful analysis
—I have encountered great expense and labour, much beyond all former
anticipation and former experience. Aware that "The Archi-
tectural Antiquities" has attained unexampled popularity and
credit; that it has excited both rivalry and enmity; and that this
supplementary volume, which aims at more science, system, and
originality, than the preceding portion of the work, would be sub-
jected to every trying ordeal of criticism, I have moved through its