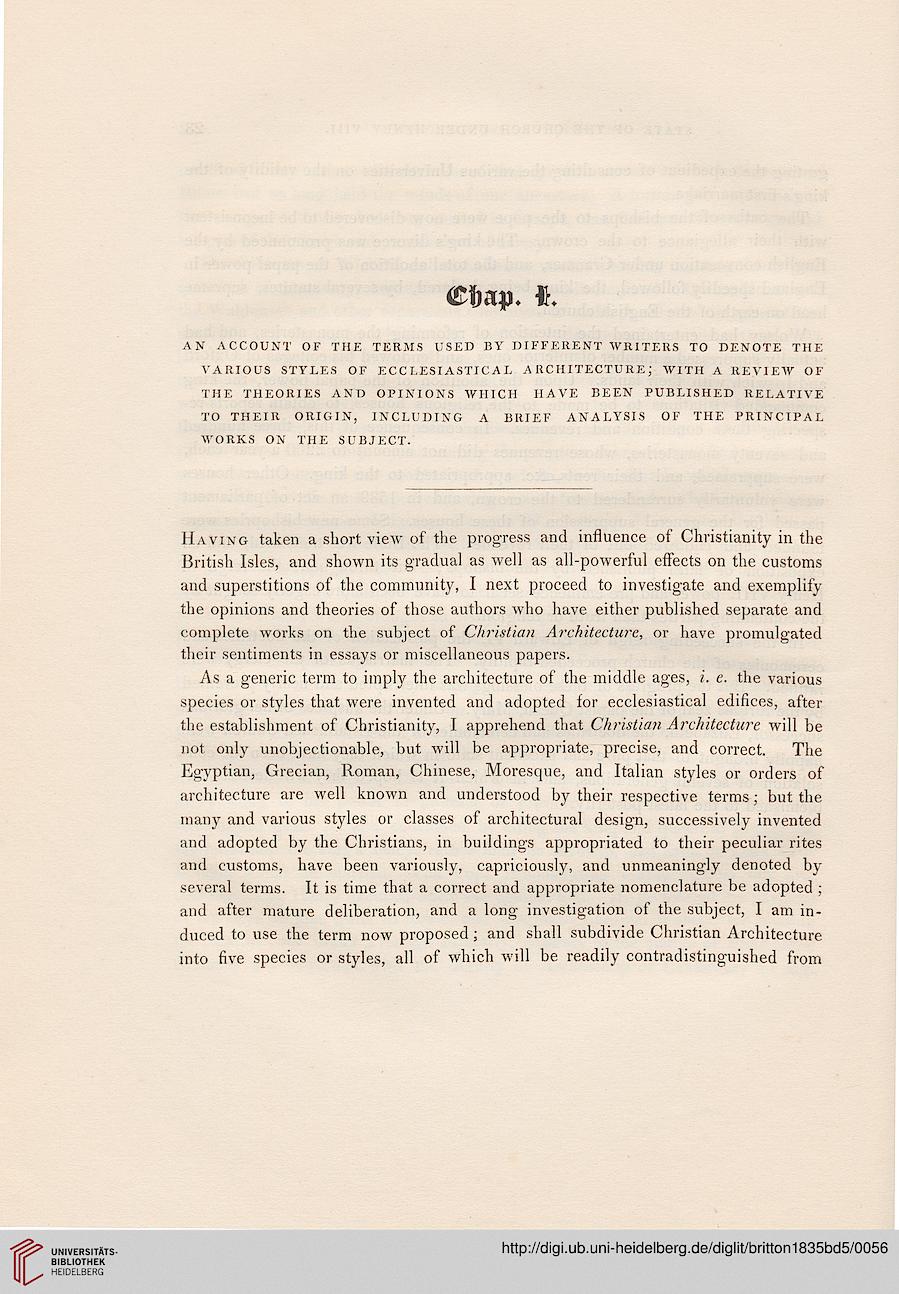 Scroll
OCR fulltext
Information about OCR text
an account of the terms used by different writers to denote the
various styles of ecclesiastical architecture; with a review of
the theories and opinions which have been published relative
to their origin, including a brief analysis of the principal
works on the subject.

Having taken a short view of the progress and influence of Christianity in the
British Isles, and shown its gradual as well as all-powerful effects on the customs
and superstitions of the community, I next proceed to investigate and exemplify
the opinions and theories of those authors who have either published separate and
complete works on the subject of Christian Architecture, or have promulgated
their sentiments in essays or miscellaneous papers.

As a generic term to imply the architecture of the middle ages, i. e. the various
species or styles that were invented and adopted for ecclesiastical edifices, after
the establishment of Christianity, I apprehend that Christian Architecture will be
not only unobjectionable, but will be appropriate, precise, and correct. The
Egyptian, Grecian, Roman, Chinese, Moresque, and Italian styles or orders of
architecture are well known and understood by their respective terms; but the
many and various styles or classes of architectural design, successively invented
and adopted by the Christians, in buildings appropriated to their peculiar rites
and customs, have been variously, capriciously, and unmeaningly denoted by
several terms. It is time that a correct and appropriate nomenclature be adopted ;
and after mature deliberation, and a long investigation of the subject, I am in-
duced to use the term now proposed; and shall subdivide Christian Architecture
into five species or styles, all of which will be readily contradistinguished from