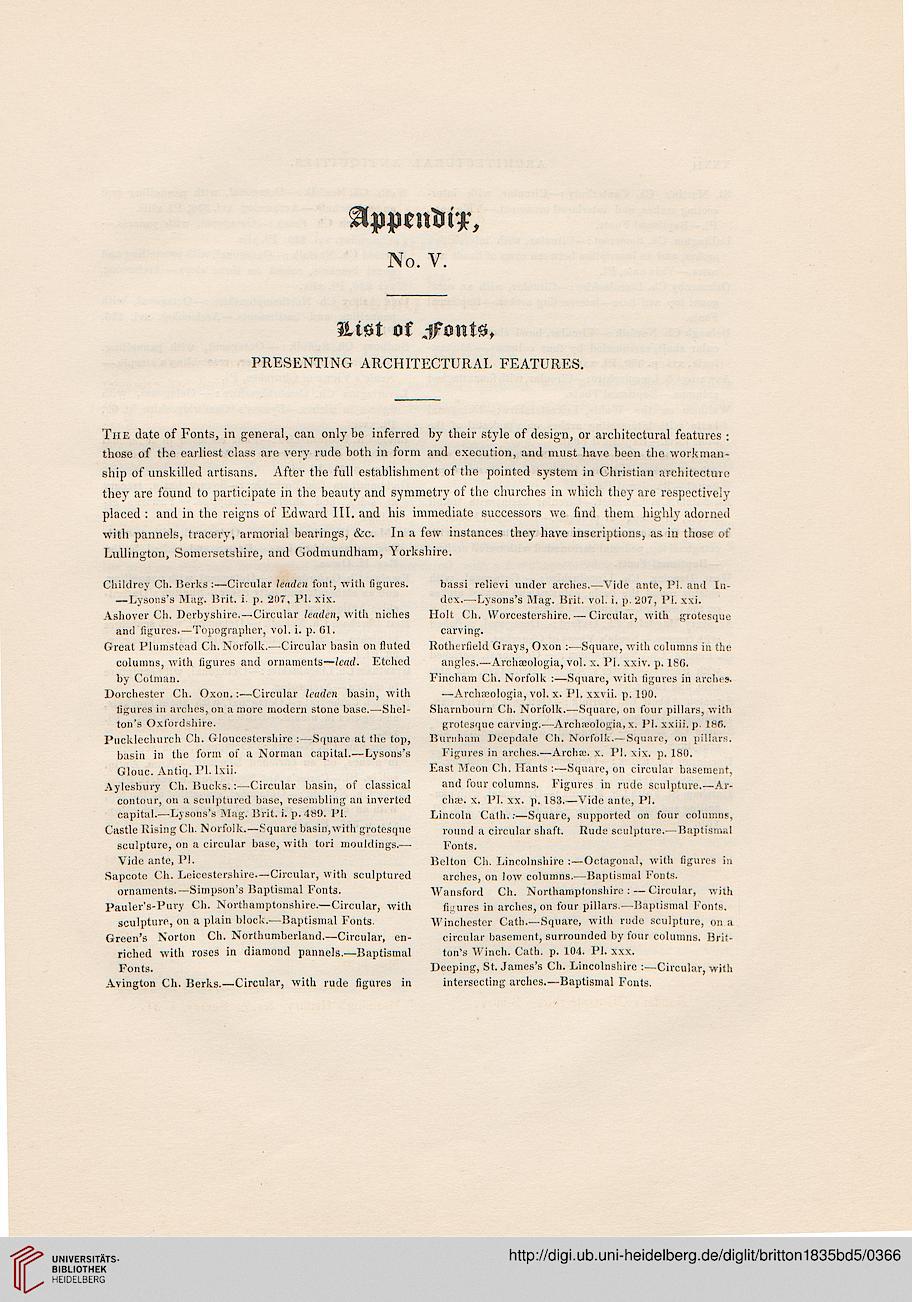 The date of Fonts, in general, can only be inferred by their style of design, or architectural features :
those of the earliest class are very rude both in form and execution, and must have been the workman-
ship of unskilled artisans. After the full establishment of the pointed system in Christian architecture
they are found to participate in the beauty and symmetry of the churches in which they are respectively
placed : and in the reigns of Edward III. and his immediate successors we find them highly adorned
with pannels, tracery, armorial bearings, &c. In a few instances they have inscriptions, as in those of
Lullington, Somersetshire, and Godmundham, Yorkshire.

columns, with figures and ornaments—lead. Etched

figures in arches, on a more modern stone base.—Shel-

basin in the form of a Norman capital.—Lysons's

contour, on a sculptured base, resembling an inverted

sculpture, on a circular base, with tori mouldings.—■

Eotherfield Grays, Oxon :—Square, with columns in the