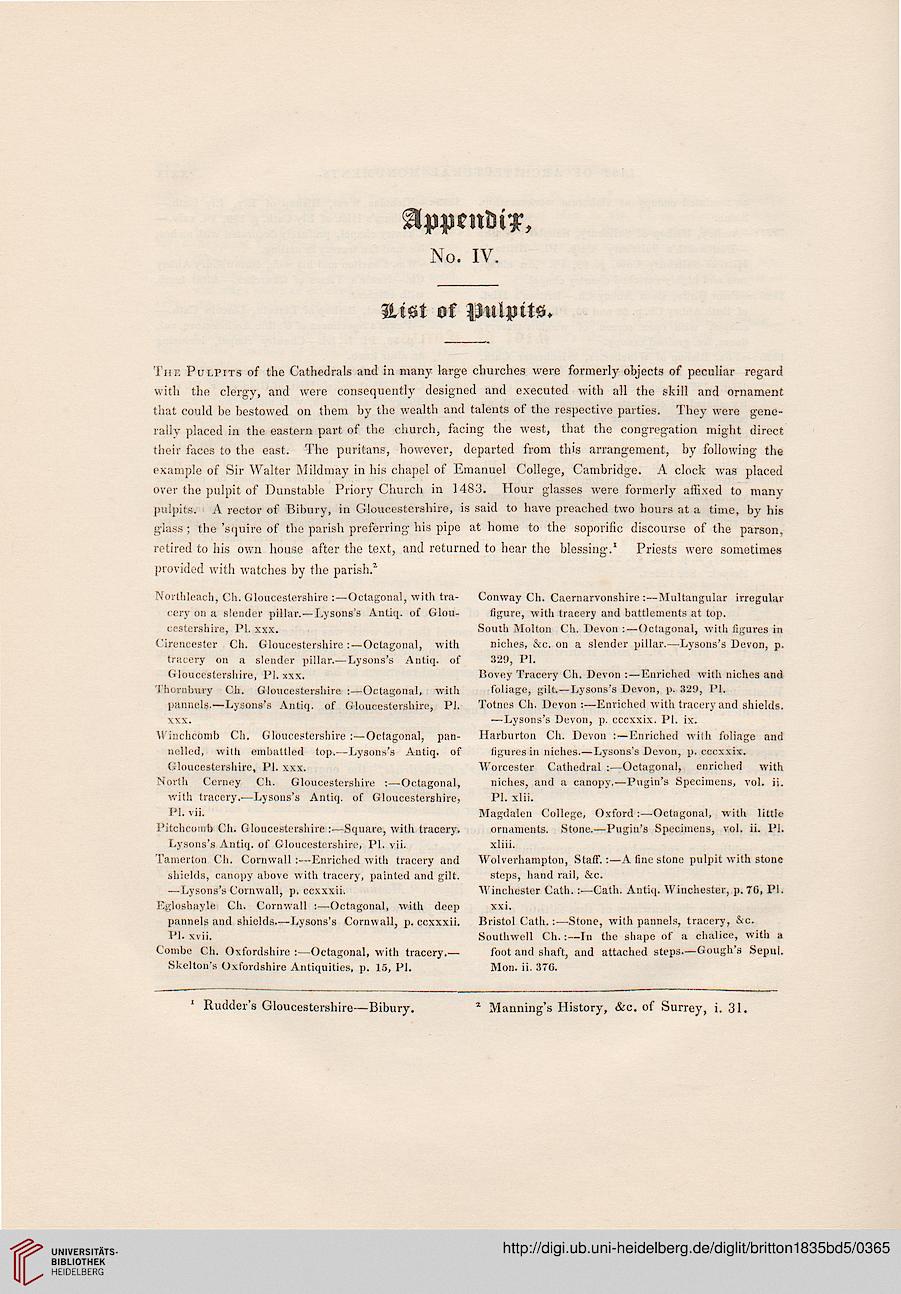 The Pulpits of the Cathedrals and in many large churches were formerly objects of peculiar regard
with the clergy, and were consequently designed and executed with all the skill and ornament
that could be bestowed on them by the wealth and talents of the respective parties. They were gene-
rally placed in the eastern part of the church, facing the west, that the congregation might direct
their faces to the east. The puritans, however, departed from this arrangement, by following the
example of Sir Walter Mildmay in his chapel of Emanuel College, Cambridge. A clock was placed
over the pulpit of Dunstable Priory Church in 1483. Hour glasses were formerly affixed to many
pulpits. A rector of Bibury, in Gloucestershire, is said to have preached two hours at a time, by his
glass ; the 'squire of the parish preferring his pipe at home to the soporific discourse of the parson,
retired to his own house after the text, and returned to hear the blessing.1 Priests were sometimes
provided with watches by the parish.2

with tracery.—Lysons's Antiq. of Gloucestershire,

shields, canopy above with tracery, painted and gilt.

Bristol Cath.:—Stone, with pannels, tracery, &c.
Southwell Ch.:—In the shape of a chalice, with a