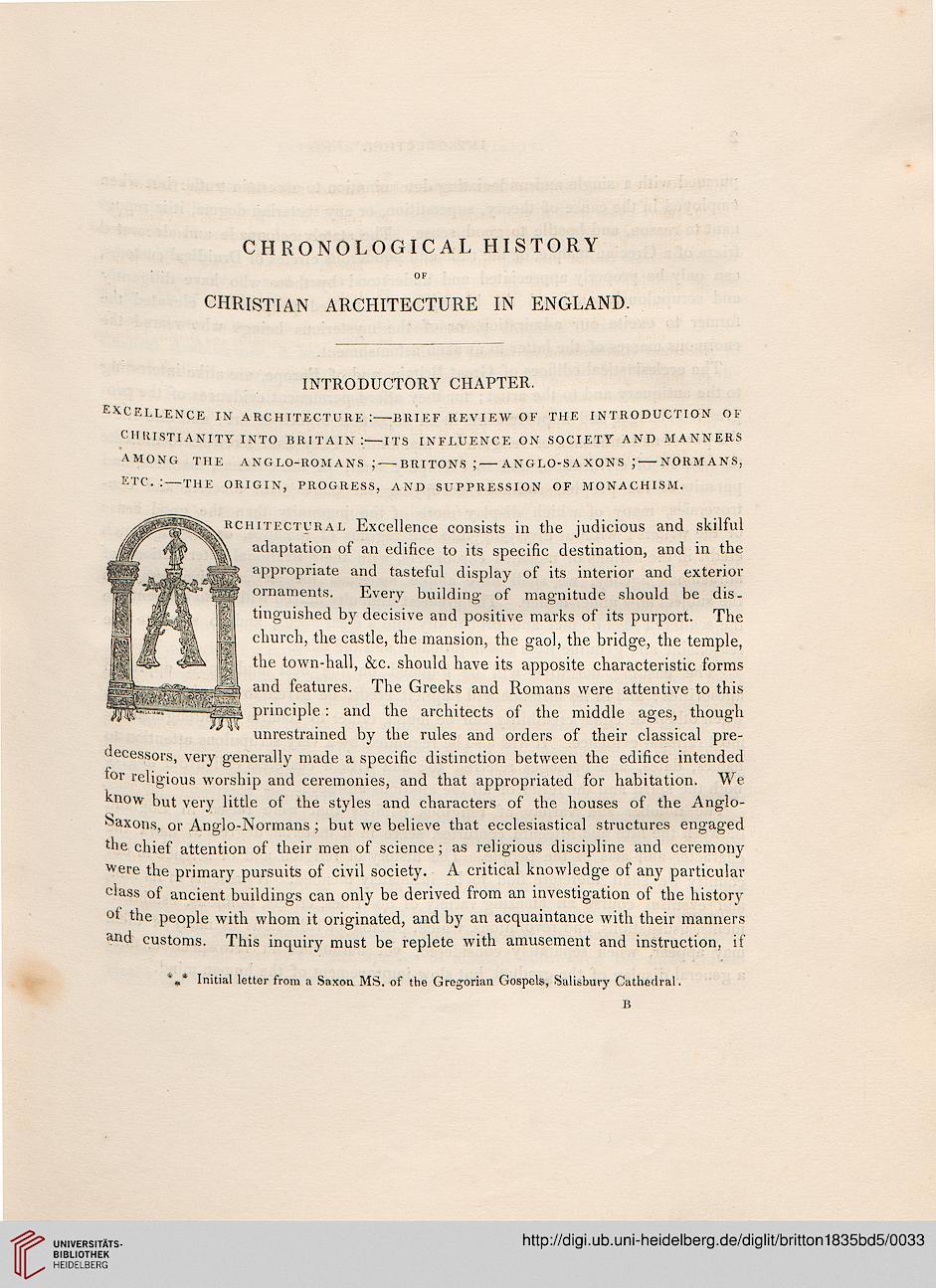 excellence in architecture :-brief review of the introduction of

christianity into britain:—its influence on society and manners

etc- :-the origin, progress, and suppression of monachism.

RChitectural Excellence consists in the judicious and skilful
adaptation of an edifice to its specific destination, and in the
appropriate and tasteful display of its interior and exterior
ornaments. Every building of magnitude should be dis-
tinguished by decisive and positive marks of its purport. The
church, the castle, the mansion, the gaol, the bridge, the temple,
the town-hall, &c. should have its apposite characteristic forms
and features. The Greeks and Romans were attentive to this
principle : and the architects of the middle ages, though
unrestrained by the rules and orders of their classical pre-
decessors, very generally made a specific distinction between the edifice intended
for religious worship and ceremonies, and that appropriated for habitation. We
know but very little of the styles and characters of the houses of the Anglo-
Saxons, or Anglo-Normans ; but we believe that ecclesiastical structures engaged
the chief attention of their men of science; as religious discipline and ceremony
were the primary pursuits of civil society. A critical knowledge of any particular
class of ancient buildings can only be derived from an investigation of the history
ot the people with whom it originated, and by an acquaintance with their manners
and customs. This inquiry must be replete with amusement and instruction, if

*„* Initial letter from a Saxon MS. of the Gregorian Gospels, Salisbury Cathedral.